On Thursday the 30th of November, Mahmoud Ahmad Zaal Odeh, age 48, a Palestinian farmer from the village Qusra in the northern West bank was murdered by Israeli settlers from a nearby settlement. “Mahmoud was walking on his land when he noticed the settlers cutting down one of his trees. They were armed with guns,” a local Palestinian that spoke with Mahmoud only minutes before the attack says. “He ran towards them to stop them when they opened fire on him.“ Mahmoud died shortly after due to his immense wounds. 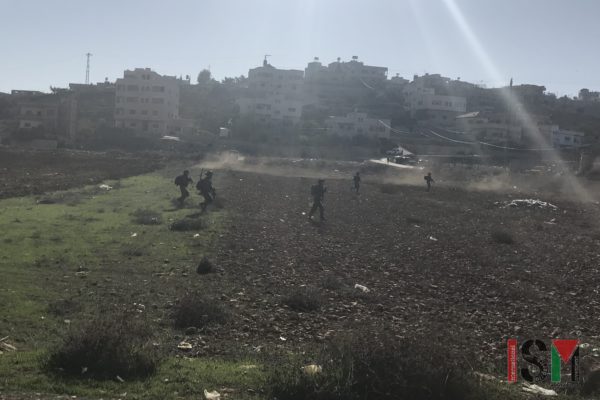 Soldiers from the Israeli forces run into the village in an attemt to arrest. 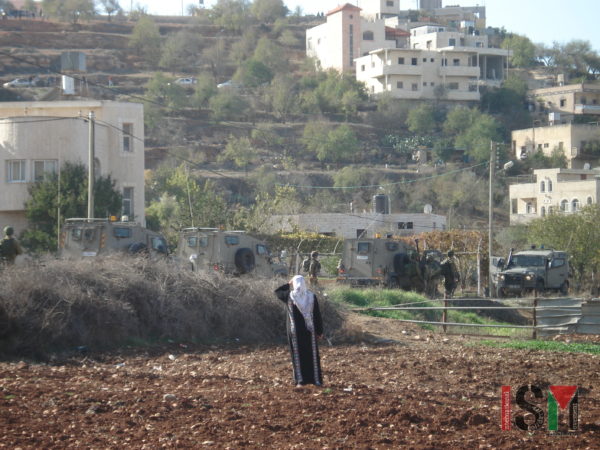 Among those injured was a 3 year old child, as well as the disabled and elderly, all of whom were unable to move quickly from the rounds of tear gas fired at some of the houses. Four Palestinians were also injured by live ammunition and 15 were shot with rubber coated steal bullets. 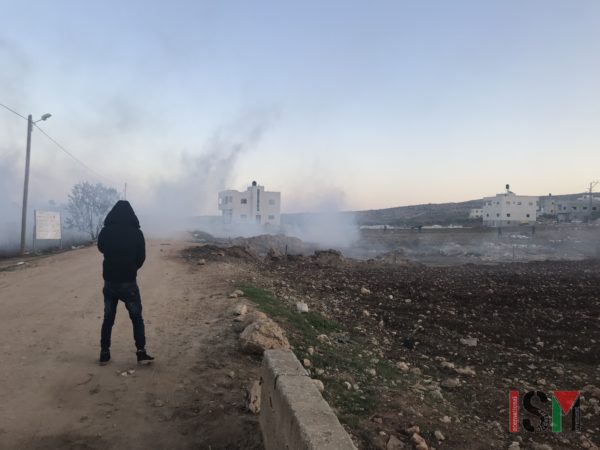 Teargas shot by the Israeli military affected the whole village.

The day after, soldiers from the Israeli military fired over 100 rounds of tear gas, set a field on fire and shot rubber coated steel bullets and live ammunition inside Qusra during the Friday demonstration, which was held because of the murder of Mahmoud Odeh.

At noon on Friday, the 1st of December, around 300 Palestinians and a few internationals gathered in the olive groves where Odeh had been murdered only a day before. After a prayer the group walked towards Odeh’s fields. 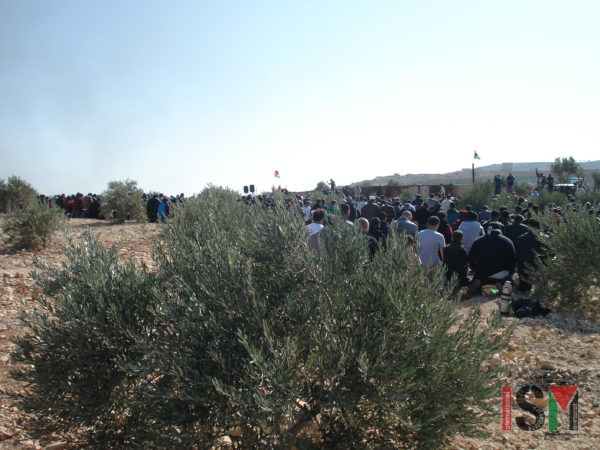 Around 300 Palestinians prayed in the olive grove where Mahmoud had been murdered only a day before.

The soldiers shot a few rounds of tear gas and some rubber coated steel bullets while some young Palestinians threw stones. Around eight civilians were injured, including press, by the numerous rounds of tear gas fired at the group, waving Palestinian flags towards the hillside. “You could still see his blood on the ground. It’s so shameful that the Israeli military does nothing to investigate his death – it just shoots at the whole village,“ one ISM activist said. 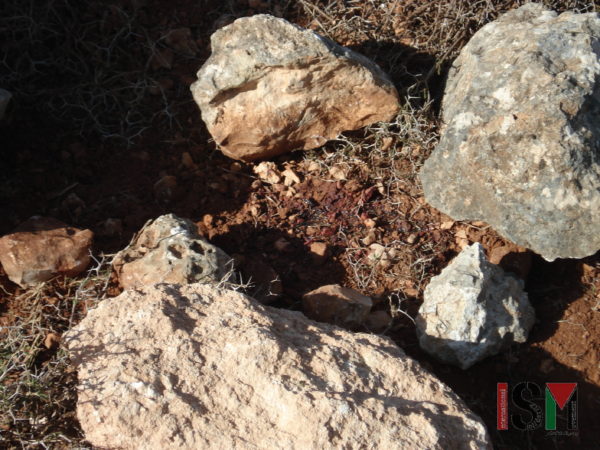 Mahmoud’s blood was still on the ground after the attack only a day before.

Around 1:00 AM, clashes began at the entrance of the village, where the Israeli military with Border Police had situated themselves, armed with military trucks and weapons. The soldiers proceeded to fire rounds of tear gas at the crowd, and after a while ambushed the village with four military jeeps. 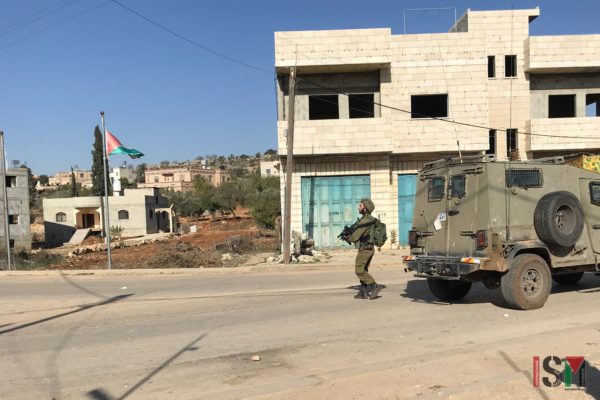 Soldiers from Israeli military fire teargas in the center of the village.

For the next four hours, the Israeli military forces fired rounds of teargas and rubber coated steel bullets at houses in the village, which resulted in over 20 people being injured by gas coming into their homes. On the 2nd of December, clashes continued in the village with the Israeli military forces firing around 15 rounds of teargas and shooting rubber coated steel bullets. When the army collectively punishes a village in such a way, it affects all of its residents. 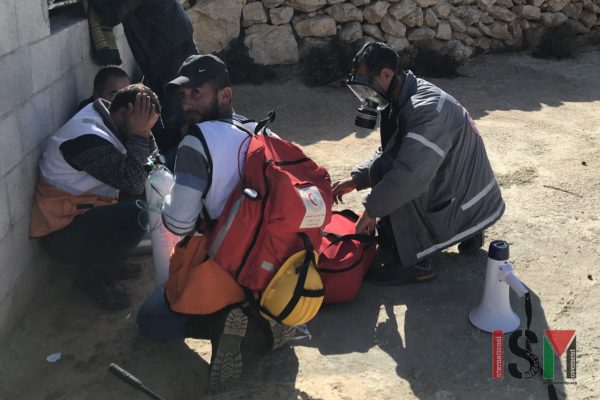 Medics assist people injured by the massive amounts of teargas fired at everyone.