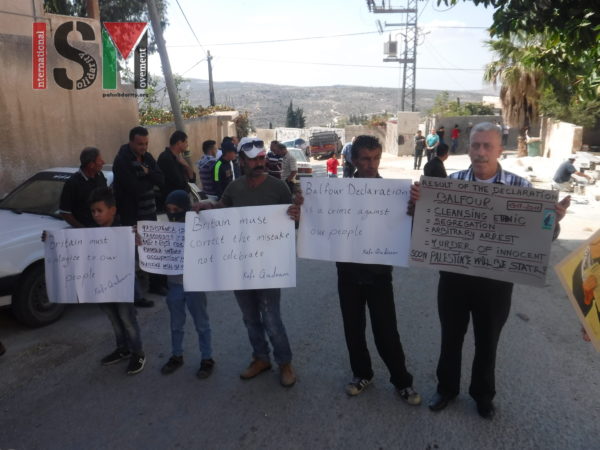 The weekly demonstration had around 30 participants, with three of them being international women. As usual, the demonstration takes place to protest the closing of the road leading to Nablus. This measure was explained to satisfy “the need of security” for the Kedumin settlers that illegally have occupied the hill in front of the village. The road, which previously took ten minutes to Nablus now takes up to 40 minutes. 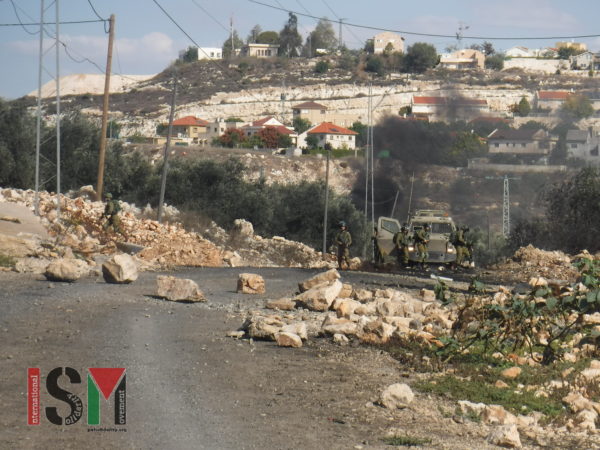 The march started with children and adults showing signs denouncing the Balfour agreement, which recently reached its 100 year anniversary. Following this anniversary, protests has been taking place all over the West Bank and Gaza.

As the protestors got closer to the gate built by the settlers, a jeep with six armed soldiers arrived. The leader of the nonviolent movement in the village, Murad held a short speech. This was followed by the soldiers arriving with their rifles. They shot rubber coated steel bullets and launched sound bombs. 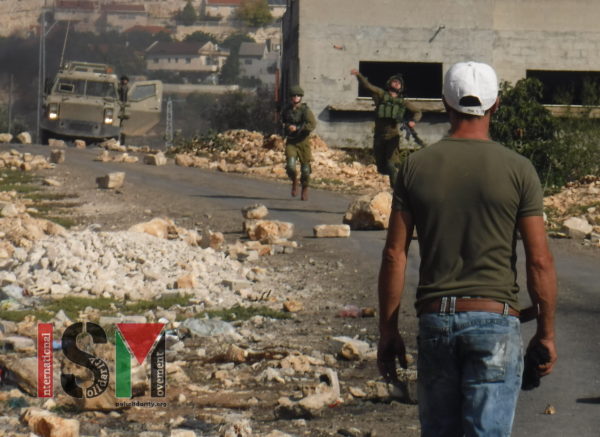 Fortunately no one was injured. Nor when the soldiers, after a drone had hovered over the demonstration for a long time, made two ambushes trying to capture and arrest the protestors by encircling them and running behind them trough the olive groves. The soldiers didn’t manage to reach the protesters. 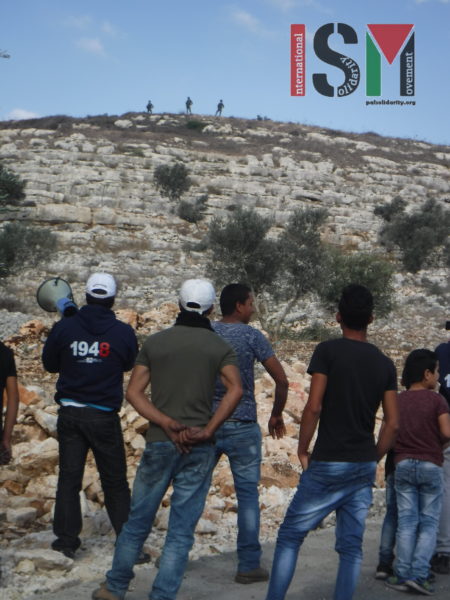 Before the ambushing Murad invited three soldiers up on the top of a hill to throw away their uniform and live in peace without guns, as they are told lies by their government and above all he spoke to the Afro-Israeli soldier pointing how Israelis coming from Africa are the most neglected and isolated in the Israelian social classes. An ISMer at the demo said: “The three soldiers listened a lot. But we know how many of the soldiers are indroctinated since they are children. But we will never stop spreading the words of freedom.” 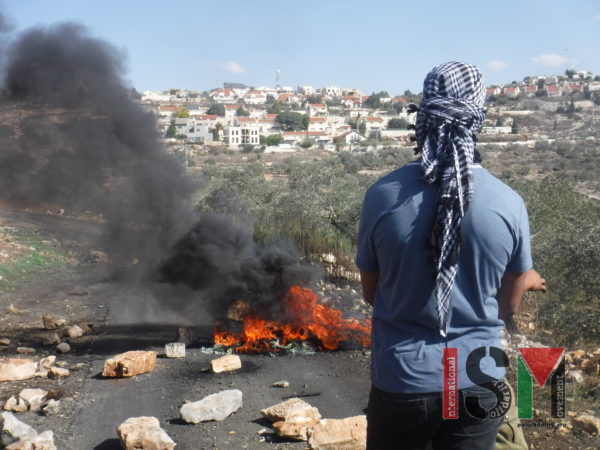