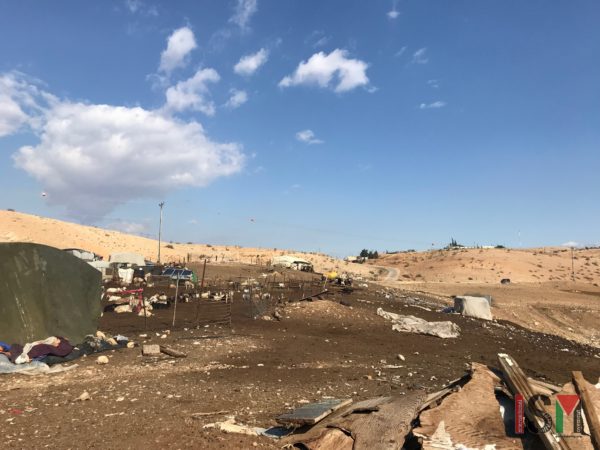 The village Al Maleh is situated close to a Israeli military base.

The Ein El Hilwe and Al Maleh families’ stories are a perfect example of what life in Jordan Valley can mean. None of the two families have been directly informed by the Israeli military forces about the plans to demolition of their homes. On the 1st of November, the demolition orders were left in the form of a note under a rock close to their homes. The notes weren’t noticed until the 9th, which meant that they had an even shorter period of time to find a solution. Despite the frustration and the difficulties of the last weeks, the residents of both the villages are determined to stay on their land and to face the harassment of the Israeli occupation forces. “My grandfather and my father both lived here before me and before the Israeli occupation. My family has owned this land for so long”, says Qadri Daram from Ein El Hill village, descrbing the constant harassment his family has had to face for decades. “They have been using the same strategy for years to get the Palestinians out of here. But before the Oslo agreement there were more military bases here and soldiers. Then the soldiers went away and the Israeli settlers arrived.”
Qadri and his family have lived on this land for generations. Now he and his wife and children have to face many difficulties. They are not allowed to build anything on their own land and are forced to live without water and electricity, while the illegal Israeli settlement nearby is equipped with all the comfortabilities they need. The water for the settlement is taken from a local spring standing near to Ein El Hilwe, while Qadri and his family have to buy water. 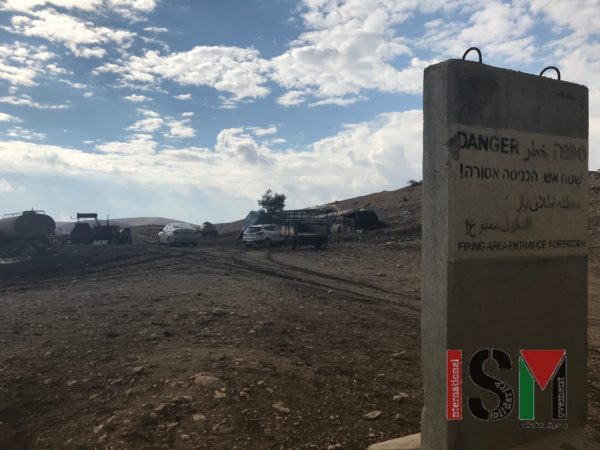 The area has been declared a closed military zone.

Qadri used to get the water for his community from there, but when the settlers came they started using it as a swimming pool, claiming it was a holy spring, which made the water dirty and undrinkable.
The water source is an ongoing issue, and has been used as a weapon by Israel since 1967, when it took control of Palestinians’ water supply. 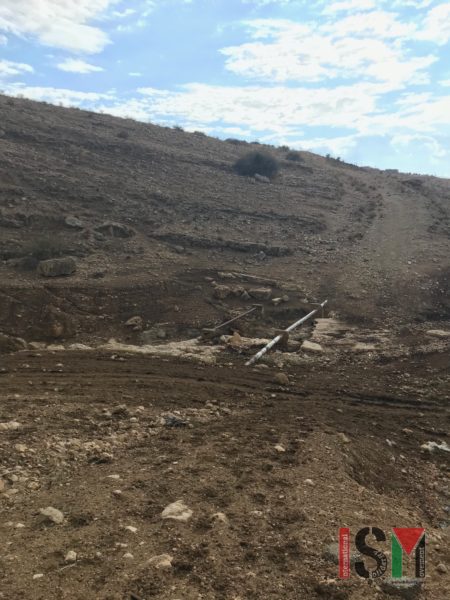 The ways Israel tries to hinder the Palestinian access to water are many. The state often prohibits any kind of maintenance or improvement of the hydric system, draining the groundwater sources from deeper sites. It enables the damaging and drying up of the more superficial Palestinian water sources.

The ways Israel tries to hinder the Palestinian access to water are many. The state often prohibits any kind of maintenance or improvement of the hydric system, draining the groundwater sources from deeper sites. It enables the damaging and drying up of the more superficial Palestinian water sources. It allows untreated sewage to flow from settlements onto Palestinian land. It drains the sources throughout the settlement water system. It targets the water infrastructure during military attacks. It confiscates or destroys tanks for rain collection. Finally, it tolerates and sometimes encourages direct sabotage by the settlers, such as the chemical poisoning of Palestinians’ water and the damaging of their personal tanks and structures. 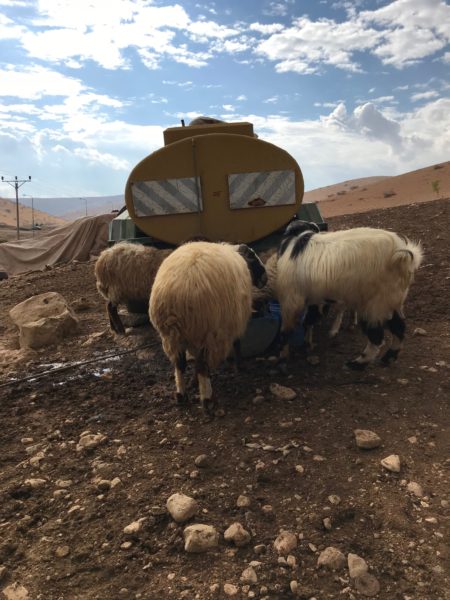 The Palestinians in the area have to buy water for both themselfs and their animals. The local water spring leads up to the nearby settlement and army bases.

In addition to the weaponization of water, Israel has used military firing zones as a way to annex Palestinian land. Those who drive along the road from Tubas can see warning signs every few meters, declaring the adjacent land a firing zone. This is how the Israeli army declares that particular areas are for live weapons military training, despite the fact that Palestinian villages exist on them, many of which are forced to evacuate with no redress or compensation. Because of these continuously increasing restrictions on their movement, shepherds have been experiencing more difficulty finding places to herd their goats, forcing them to buy feed for them, a far more expensive and less healthy alternative. 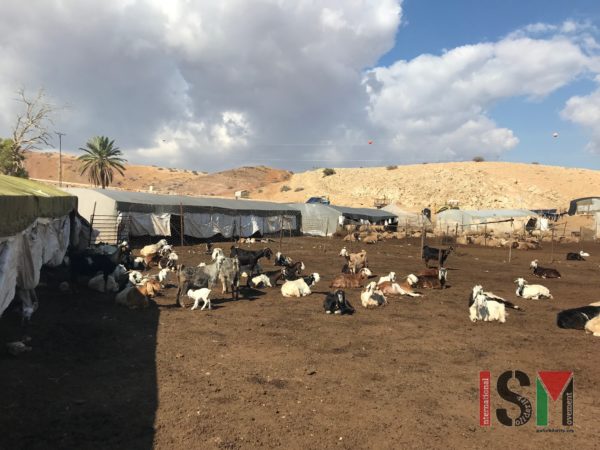 Qadri’s story is just one of many stories Jordan Valley residents can tell, as the situation has been getting steadily worse since the occupation began in 1967. Before 1967, over 320,000 Palestinians were living in the Jordan Valley. Now, the number is around 60,000.
“Our children don’t even have the right to enjoy life,” Qadri says. “They cry during the night. They are scared. I think every child in the area needs a psychologist.”
In the village Al Maleh, the situation is similar. The future is uncertain, but everybody is determined to resist on their rightful land. The families listen desperately to the news everyday, waiting for answers. And now, they’re asking the international community for help and solidarity in their search for a peaceful and safe existence.
Al Maleh Closed military zone Demolition orders Demolitions El El Helwa Israeli Military israeli occupation forces Jordan Valley Settlement 2017-11-26
ISM Media