On the evening of Saturday 5th August, a group of 30 to 50 settlers aged between 15 and 30 years old from the illegal settlement of Kiryat Arba entered the Palestinian neighbourhood Wadi al-Hussein from the illegal settlement of Kiryat Arba and verbally and physically attacked Palestinians and vandalised the neighbourhood. A member of the Jabari family, a man aged 24 using a mobility scooter, was assaulted and injured by a group of settlers. 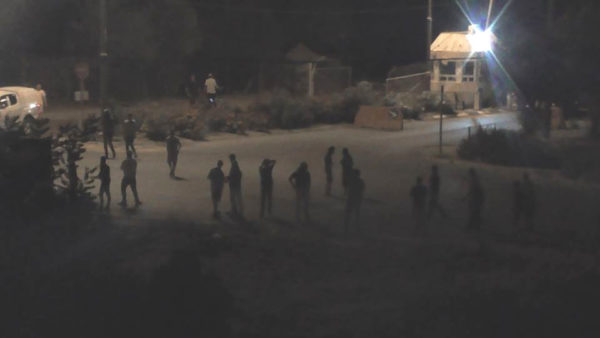 The incident began around 9:30 pm on Saturday 5th August when a group of 30 to 50 settlers arrived on the streets of Wadi al-Hussein and started harassing locals. The settlers attacked a 24-year old disabled Palestinian man living near the Kiryat Arba settlement, pushing him off of his mobility scooter and beating him. The man suffered injuries to his leg from the attack. Even though the situation should have required intervention from the Israeli occupation forces, only the Israeli civil administration arrived at the scene.

According to the family of the Palestinian man, they had heard noises near their home and had run down to the street to see what was going on and to find their family member. The family was not able to locate the 24-year old, because the civil administration had transferred him after he was beaten by the settlers. In the street, the family was both verbally and physically assaulted by the settlers. The aggression continued until 2 AM and no Israeli soldiers were at any time present in the neighbourhood to protect the Palestinians living there. 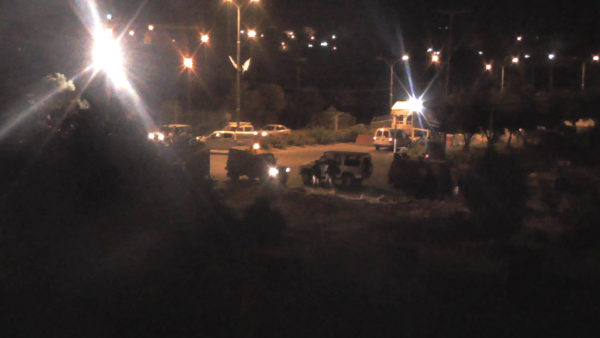 As a result, the settlers had free access to the lands of the Jabari family and the rest of the Palestinian neighbourhood. During the hostilities, the settlers not only assaulted people physically and verbally, but also threw stones at Palestinian houses and cars. Thus, many Palestinian families were forced to stay inside their houses during this settler attack. No settlers were arrested after the hostilities and they were allowed to walk back freely to the settlement. It is likely that the attack was a response to the violence the day before on 4th August, in the same neighbourhood, in which four Palestinians and a settler girl were injured after a large group of Israeli settlers attacked Palestinians with rocks.

The Wadi Al-Hussain neighbourhood lies next to the illegal Israeli settlement of Kiryat Arba and suffers from frequent settler violence, daily harassment as well as restrictions imposed on the community by Israel. The Jabari family won a court case last month against the claims from the municipality of Kiryat Arba to pay “Arnona” taxes of 160,000 NIS on the basis that they live within the borders of Israel. Kiryat Arba municipality sent the bill to the family based on the claim that they lived within the administrative borders of the settlement. The Israeli court ruled on 27th of July that the “Arnona” claims were illegal and ought to be canceled. However, the family still struggles to protect their land against settlers, including against the illegally constructed outdoor synagogue named “Hazoun David” that was built on the Jabari family’s land. The settlers walk up to this synagogue twice a day and occupy the area, especially on Saturdays when they celebrate the Sabbath. The Jabari family is only one out of many Palestinian families living under these circumstances in occupied Palestine.