On August 9th Israeli occupation forces invaded a home in occupied al-Khalil (Hebron). The soldiers came in the early hours at 01 am and stayed inside the house for three and a half hours until they left at around 04:30 am.

The soldiers could not produce a warrant for the invasion, however the police did not react when the incident was reported. Nor did the civil administration of the area. This procedure is nothing unfamiliar for the family: earlier this year the families house was raided, all phones were confiscated and the family was not allowed to film the incident or to get any information about the reason for the invasion afterwards. 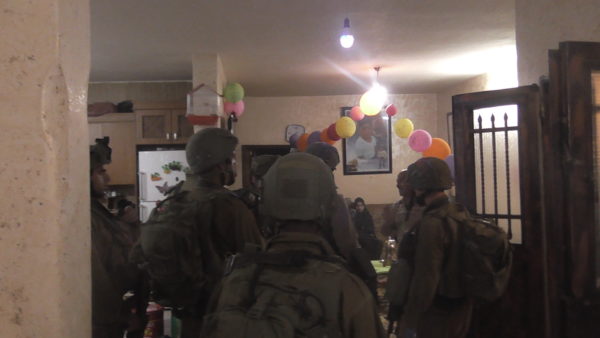 This time, resident Ayatt Jabari filmed the incident as it took place, and it appears that 35-40 soldiers took part in the operation, ravaging the family’s home. K9´s were also deployed.

The Israeli forces forbid Ayatt to film what happened, but she refused to acknowledge this command in her own home. She has a permission to film and showed it to the soldiers but they still tried to prevent her filming the scene.

Apart from this, the soldiers confiscated all phones in the household, as well as breaking personal belongings, and amongst others the wifi-router, thus prohibiting them from contacting either police, lawyers, friends or international presence, effectively holding them hostages. This is standard procedure for house invasions according to the Israeli human rights NGO, B’Tselem.

During the raid, exit and entrance was denied to anyone but the soldiers carrying out the invasion. The residents, including small children, were forced into a single room in the house and guarded, as the rest of the building was being raided. TIPH (Temporary International Presence in Hebron) was however contacted by Ayatts brother who saw the invasion from his home, before he was also detained for doing so. 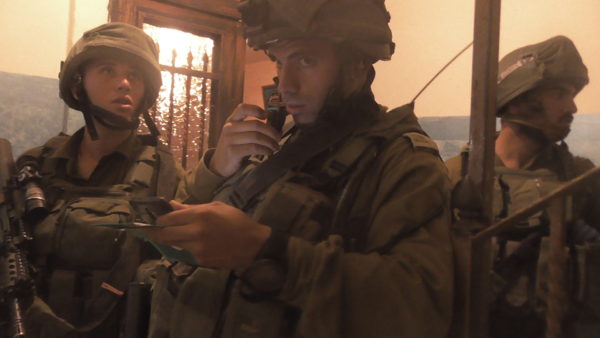 The household that is home to 25 residents is located in Wadi Al-Hussein, in the H2-area, the part of al-Khalil that is under Israeli authority. Surrounded by various illegal Israeli settlements including Kiryat Arba, the biggest settlement in al-Khalil, the families are regularly subjected to systematic as well as arbitrary violence and harassment both by settlers and Israeli occupation troops. During Ramadan new checkpoints were built in this area to further limit the residents from already restricted freedom of movement.

As a journalist visited the family the day following the raid, he was stopped and detained at a checkpoint leaving Wadi Al-Hussein.

According to Ayatt Jabari, the motive behind the invasion seemed to be a matter of intimidation or revenge following a recently made court decision in favour of the family regarding their legally owned land. This sort of action is and has long been part of the occupation forces intimidation tactics. 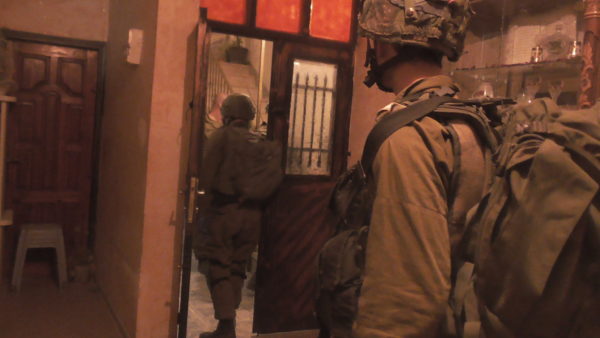 Ayatt Jabari is part of B’Tselems project, giving video cameras to residents and families often attacked and harassed by the Israeli forces and/or illegal Israeli settlers, giving Palestinian communities a chance to document the regular suppression and violence of the occupation.