Israeli soldiers, for the second day in a row, invaded the old town in Hebron (al-Khalil), arresting four people. The occupation forces blocked the main road for 4 hours restricting the movement of the Palestinians. The Israeli forces used stun grenades to control the crowd. 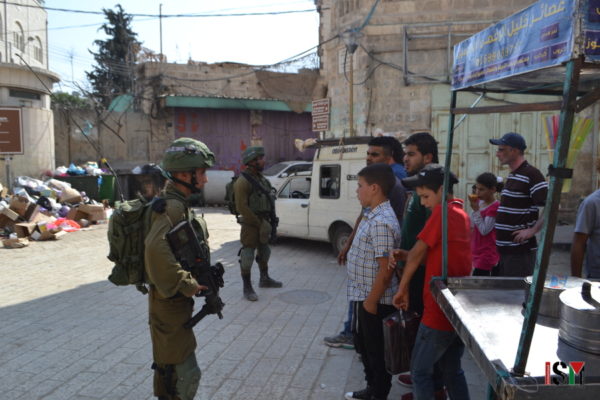 Around 9 am a group of soldiers went into the streets of the old town in Hebron. They arrested one man, and brought him to the military base. At the same time, the forces blocked the main market road, restricting people from moving between the market and their homes. This has impact on the trade based economy in the old town, where the shopkeepers are already in economic hardship, due to the Israeli occupation and, amongst others, the enforced movement restrictions. 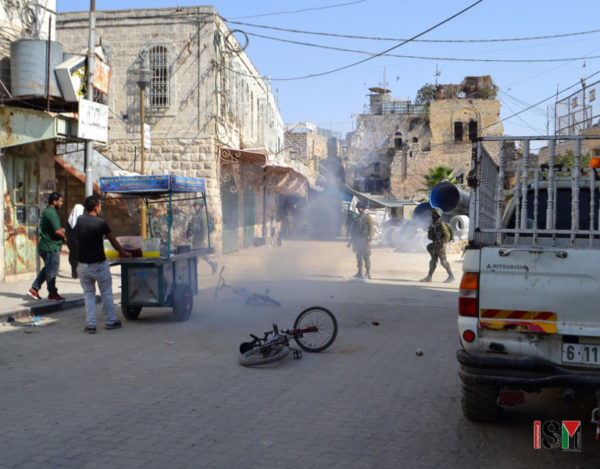 Around 11.45 am the Israeli soldiers withdrew into the military base, except for one military unit, who patrolled the area. Around 3 pm the Israeli forces returned to their previous position in the old town, and blocked the road yet another time, this time arresting 3 children. 2 boys aged 13 and 14, and one boy aged 7. The father of the 7-year-old, intervened and managed to get his son free whereas the other two children were taken by the soldiers without their parents or guardians presence. The details about were the two other arrested children were brought, are still unclear. Around 3.30 pm, the occupation forces violently dispersed the crowd by throwing a stun grenade towards a group of Palestinians, including children and elderly, and afterwards retreating to their military base.