Three young Palestinian men were detained by Israeli occupation forces on Friday the 19th of August. The men, residents of the Bedouin community Um Al-Kheir, were held by soldiers for two hours and forced to sit against the fence bordering up to the neighbouring illegal settlement. Four armed soldiers pushed back the surrounding crowd, including the members from the ISM team in Al-Khalil. 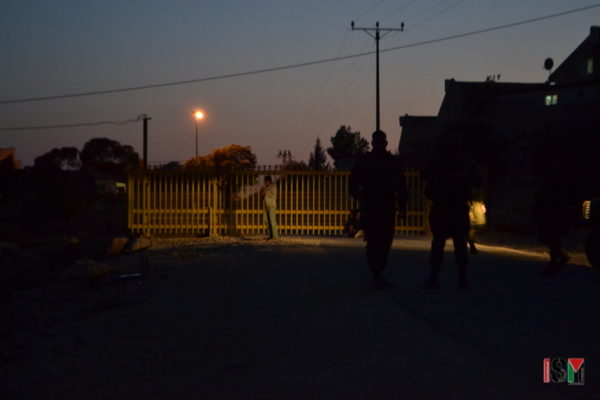 On Sunday evening, members from the Al-Khalil team travelled to the small village of Um Al-Kheir, located right next to the illegal settlement Carmel in the South Hebron Hills. On arrival, a military vehicle was stationed by the road leading to the village, with three men being detained by the military forces. The detained men were Akram Hathaleen (21 years old), Aala Hathaleen (20 years old) and Mahmoud (33 years old). 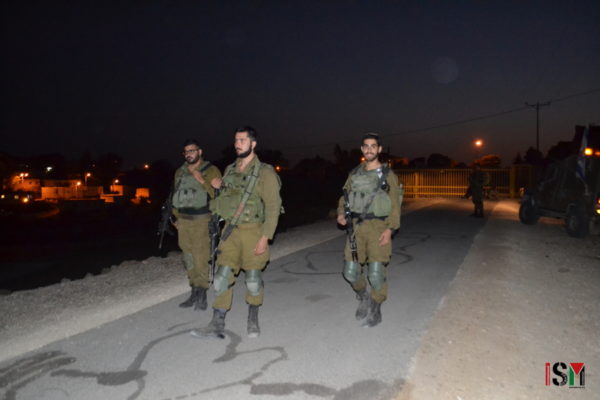 Soldiers pushing the villagers back

According to the four soldiers, one of the young men had climbed the fence to Carmel, which is an unlikely scenario due to the razor wire surrounding the Israeli illegal settlement. The locals stressed that the man simply tried to access the agricultural land belonging to their community. 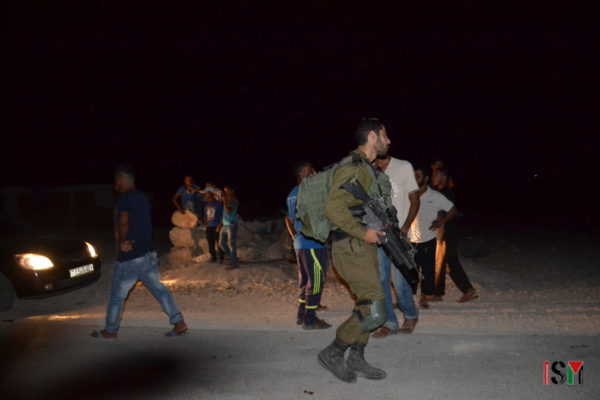 After approximately two hours the men were set free, with one of the men being ordered to report to the police station in Kiryat Arba the following day.

Military presence has been prevalent lately in and around Um Al-Kheir due to a strict demolition order. Out of the 70 structures belonging to the village, only two of them will remain after the military carries out the order and destroys the houses. Naturally, this means the end of a village belonging to a Bedouin community which has lived in the area for generations. 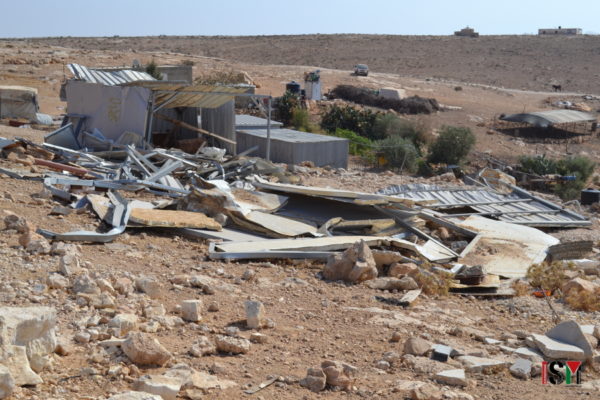 What remains of a demolished home in Umm Al-Kheir

The village has faced demolitions almost every year since 2008, with water networks and up to 17 structures being destroyed annually. Settlers of Carmel frequently survey the community with drones to spot construction and send the footage to the Israeli civil administration.

Because of the small distance to Carmel Settlement, Um Al-Kheir lost more and more access to their land over time. Despite being founded as a military outpost in 1980, the first settlers moved in around 2008. In 2012 they occupied a nearby mountain, where the shepherds now need a permission to cross with their herds. Because of the rapid expansion of the settlement, the time to access the grassing lands has increased from five minutes to close to an hour.