On Friday 4th of August residents of Kafr Quaddum held their weekly demonstration against the closure of a road, once the main transport route from the community to Nablus. The weekly Friday demonstrations began on 1st July 2011. 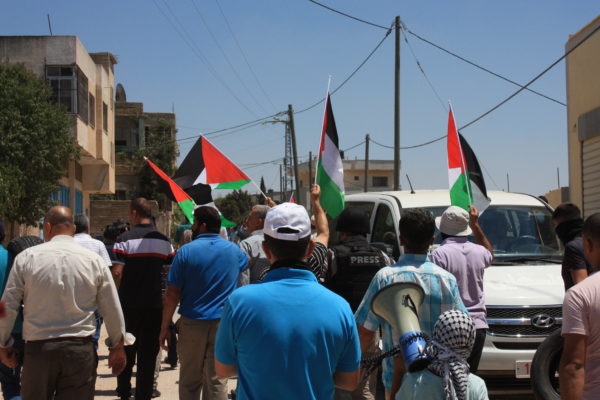 The closing of the road was justified as a security measure for the nearby illegal settlement of Kedumim, and has led to residents of Kafr Quaddum having to use a significantly longer route to Nablus, and the surrounding area.

Last friday’s demonstration started around 1 PM, with local residents, joined by Israeli and International activists, marching through the village.They were met by Israeli soldiers who used tear gas, sound bombs and rubber-coated steel bullets to suppress the crowd. The demonstration was pushed back from several directions, with Israeli forces raiding the house of local resident Jamal Jumaa, and using it as a strategic point from which to disperse the protesters. 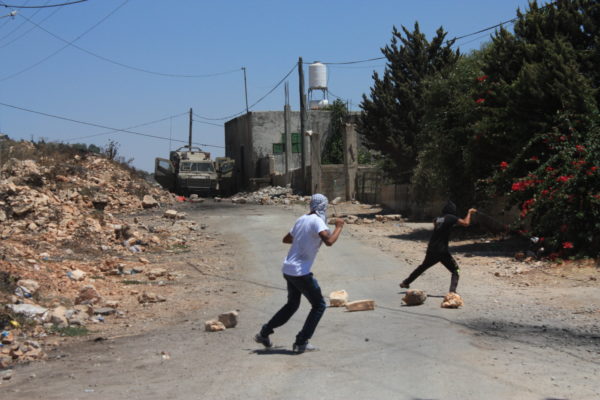 Despite the use of excessive violence by Israeli forces, no one was injured during the three hour demonstration.

Drones were also deployed in order to surveil residents participating in the protest, so as to identify targets for arrest. 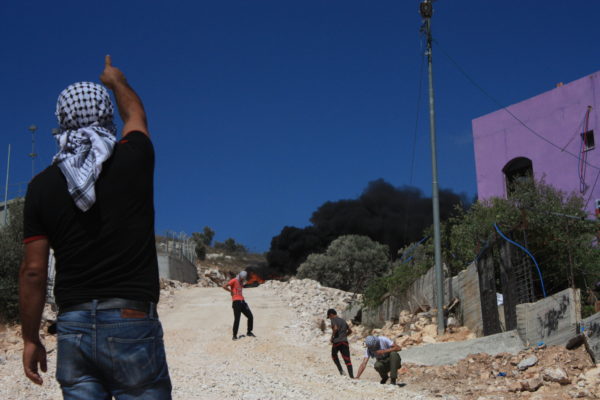 Israeli forces repressed the demonstration and raided the house of Jamal Jumaa, a local resident

In the six years since the weekly demonstrations began, locals report that 85 Palestinians have been shot with live ammunition, with a further 170 people arrested.