A demonstration by locals in Kafr Qaddum once again turned violent on Friday as Israeli soldiers and border police showed up to block the march’s path. Around 150 Palestinians were attempting to march towards an illegal Israeli roadblock which cuts off the town from Nablus. 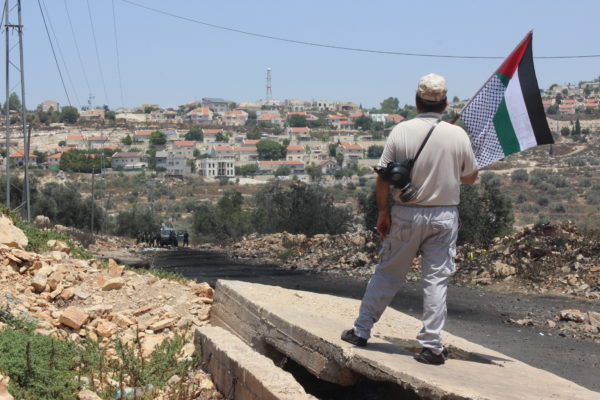 Palestinian children and teenagers responded by throwing rocks at the soldiers, who responded in turn with a volley of rubber-coated steel bullets. 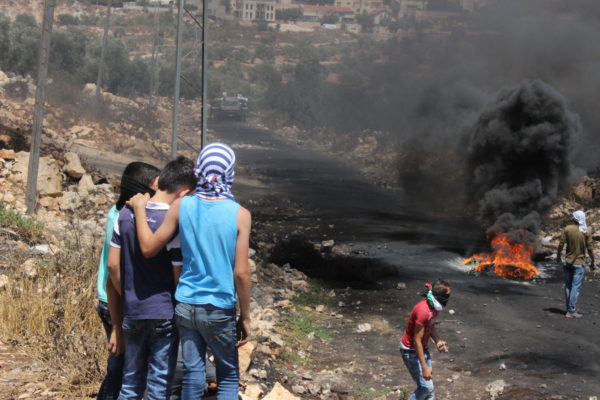 Many local children were present at the clash, which saw extensive use of rubber-coated steel bullets

Locals attempted to block the soldiers’ line of fire by burning tires next to the road, and building a stone barricade. Shortly after, a skunk truck – a foul smelling chemically treated water used to spray on Palestinians- arrived but was not used. Soldiers used a commercially-available drone throughout the clash, surveying the situation and possibly taking photos of participants. 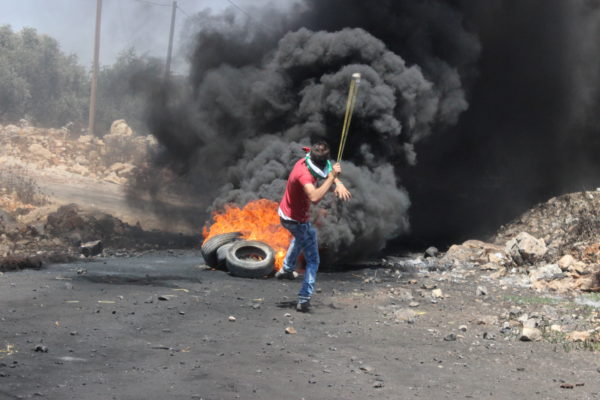 Israeli border police, who had been waiting on a hill overlooking the demonstration, began to move downwards to confront the youths. When stones were thrown at them, they responded with more rubber-coated steel bullets, which narrowly avoided hitting the young children who were present. 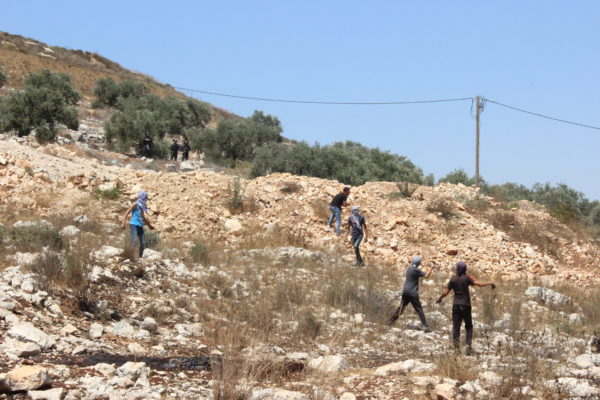 Soldiers then attempted to disperse the march by firing a volley of teargas, but the wind blew it back towards them and away from the demonstrators. Realizing that teargas would be ineffective, soldiers and border police began firing their guns even more indiscriminately, from behind a protective barrier. Border police reinforced soldiers who had been observing from the hilltop, and began to fire at teenagers and children who were taunting them from the foot of the hill. 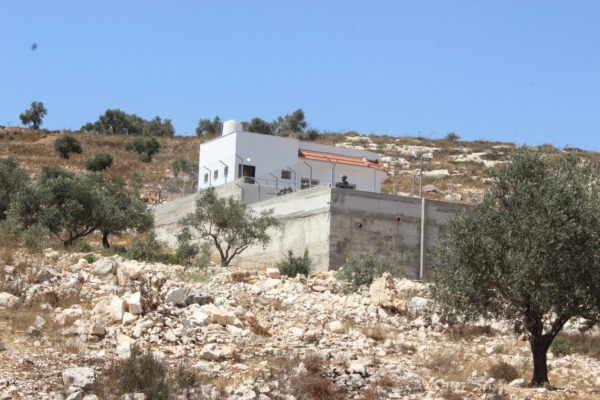 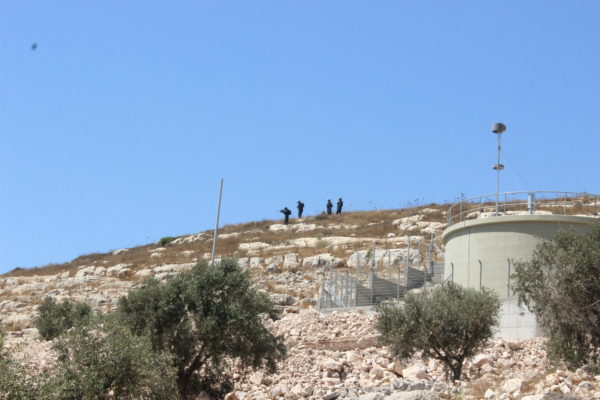 The town, located between Nablus and Qalqilya in the northern West Bank, has seen weekly clashes since 2003, when Israeli forces permanently blocked off the main road to Nablus. The introduction of this road block made a 1.5 kilometer journey to the neighboring village into a 15 kilometer journey, and a trip to Nablus 40 minutes instead of 15. Despite an Israeli court ruling in 2010 that the road block was illegal, it has still not been removed.