Around 150 farmers in Deir al-Ghusun held a protest last Sunday against Israel’s travel restrictions, which were preventing them from accessing their fields. 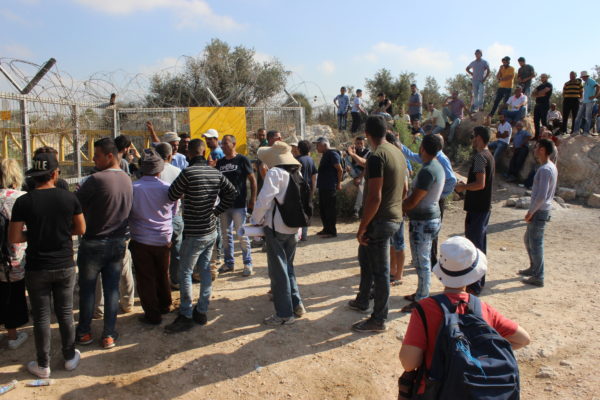 The apartheid wall runs near the town, meaning that farmers require travel permits from the Israeli army in order to travel the short distance from their homes to their fields. The Israeli army have been refusing to renew permits for the farmers for three months now. If this continues, the locals estimate that within two months no one will have a permit. One farmer at the demonstration used to have 14 permits for him and his workers, but now has just one. This means that he is forced to work the land by himself, a difficult task for a man of his age. 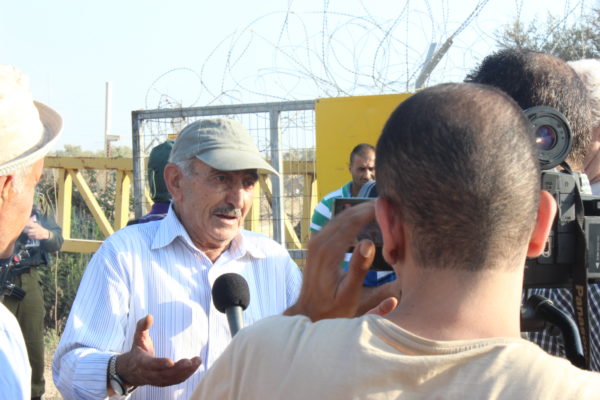 Member of the press interviews farmer

Two soldiers guarded the gate as members of the press interviewed the farmers. Israeli activists held signs reading ‘Agriculture is our livelihood, we want our permits back!’, and tried to engage with the soldiers. 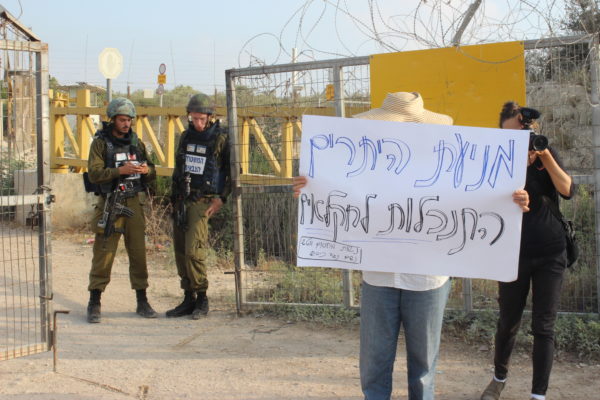 After around two hours, the local military commander arrived in a large Jeep with several escorts, and talked to several demonstrators through the gate. Eventually, five farmers with permits were allowed through. When they returned, the demonstrators dispersed. 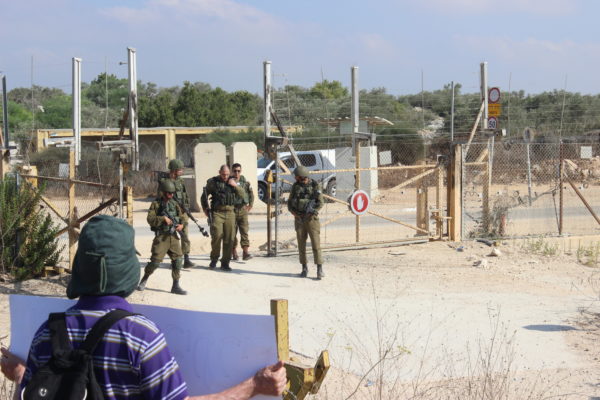 Shortly after, in a meeting at the local municipality building, the mayor explained to activists and residents what the outcome of negotiations had been. He said that soldiers had promised to begin renewing applications within the next week, but that all 1,800 applications made in this municipality had to be re-submitted, with farmers paying the necessary administrative costs. Those present expressed skepticism at this promise, and agreed that demonstrations would continue if the promise was broken. 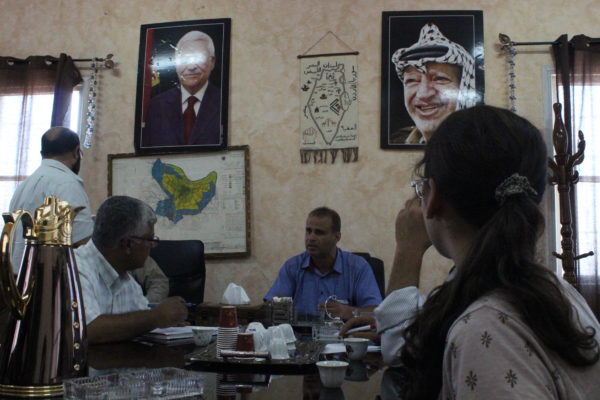 The effect of the wall on the local economy has been devastating. Where it used to take two minutes for a farmer to reach his land, it now takes thirty – if he manages to acquire a permit. One farmer at the demonstration has olive trees only 40 meters from his home, but it takes him four hours to reach as he must travel by foot, with his olives, through a checkpoint.

While agriculture permits are free, farmers do have to pay administrative costs. Large areas of farmland are now barren a result of the time, money and permission required to reach them. Across the West Bank, in areas of land adjacent to illegal settlements, Israel has refused to grant permits whatsoever due to undisclosed “security issues”. 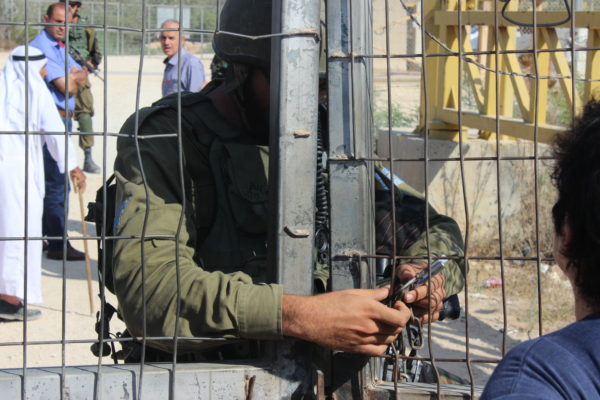 The situation in Deir al-Ghusun is mirrored in towns and villages throughout the West Bank, with thousands of farmers affected. The requirement for Palestinian farmers to obtain permits to travel to land located just meters from the wall is despite the fact that the wall is built two kilometers inside Israeli-recognized Palestinian territory.