Palestinian protesters clashed with Israeli soldiers and border police yesterday in Hebron, as Palestinians demonstrated in solidarity with the prisoners’ hunger strike. The clash lasted for five hours, with Israeli forces using tear gas, sound bombs, rubber-coated steel bullets, and live ammunition to disperse the protesters. A 15-year old and a 20-year old were shot, with many others arrested. 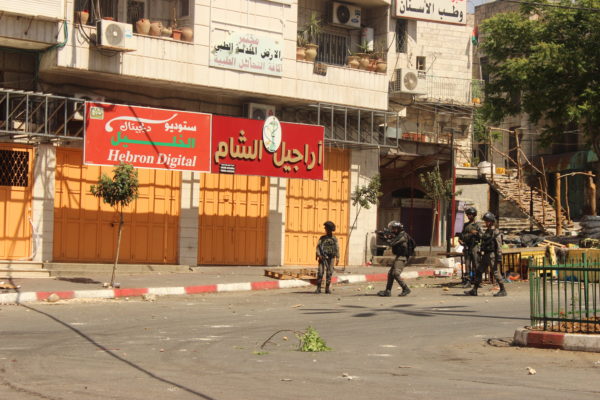 The clashes began soon after midday, as Israeli soldiers emerged from Shuhuda street checkpoint in order to disperse Palestinian youths, who had been throwing stones at the checkpoint’s gates. 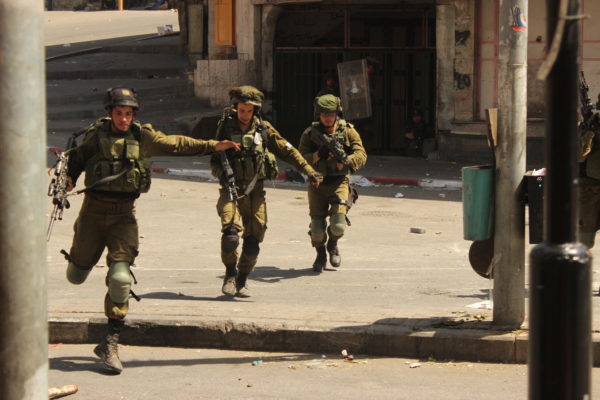 Soldiers were unusually quick to begin firing rubber-coated steel bullets, with a 15-year old boy being hit in the head outside the market entrance at 1pm. The boy was rushed to hospital in a nearby car. 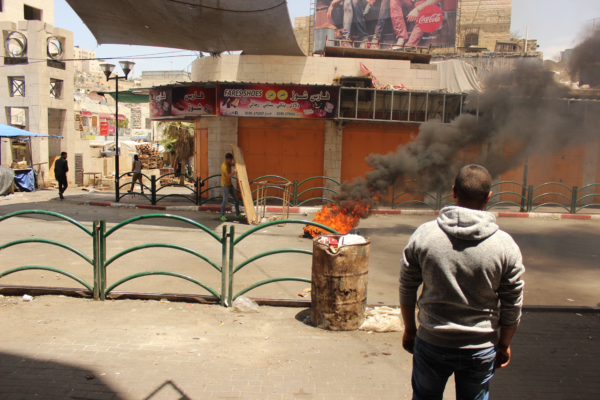 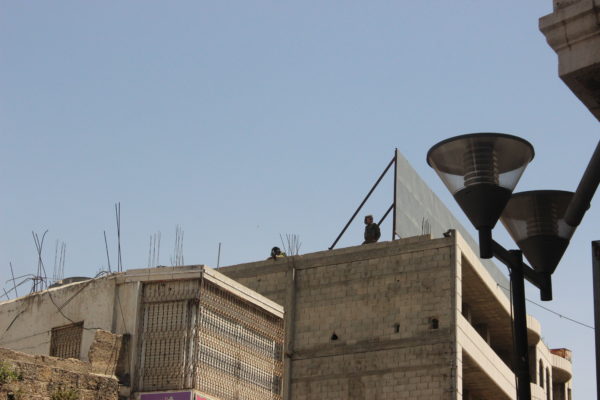 Soldiers were watched over by several snipers on surrounding rooftops.

Despite the use of tear gas, rubber-coated steel bullets and live ammunition, it took 5 hours for Israeli forces to clear the area of Palestinian youths, who had only rocks. 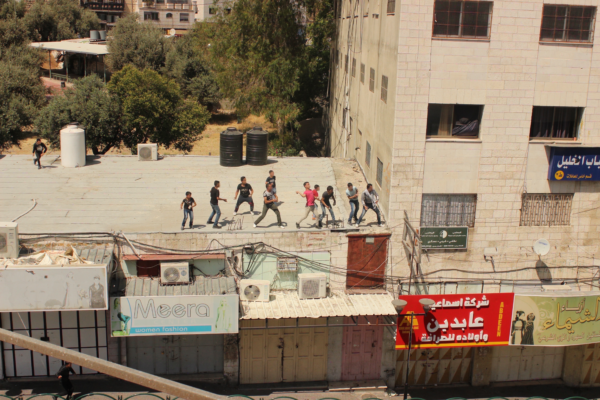 Soldiers repeatedly harassed journalists covering the clash. One boasted that they had begun firing rubber-coated steel bullets and hadn’t ‘even eaten lunch yet’. 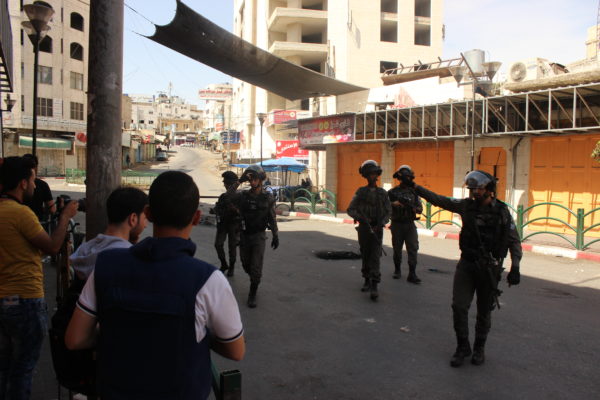 At 2.30pm, a 20-year old Palestinian man was shot in the leg with live ammunition and subsequently rushed to hospital. 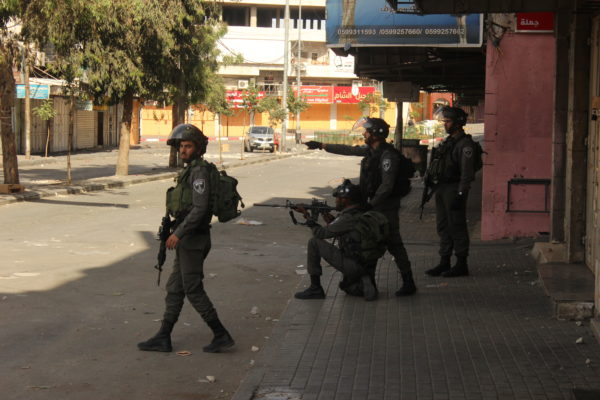 After a short break, soldiers resumed their assault at 3.30pm, moving through the Bab al-Zawiya gas station to fire tear gas, sound bombs and rubber-coated steel bullets at protesters. 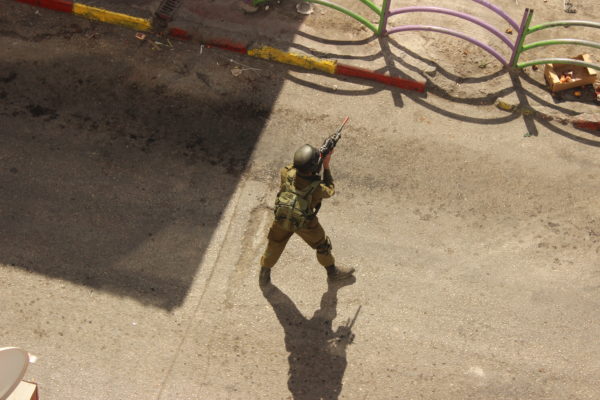 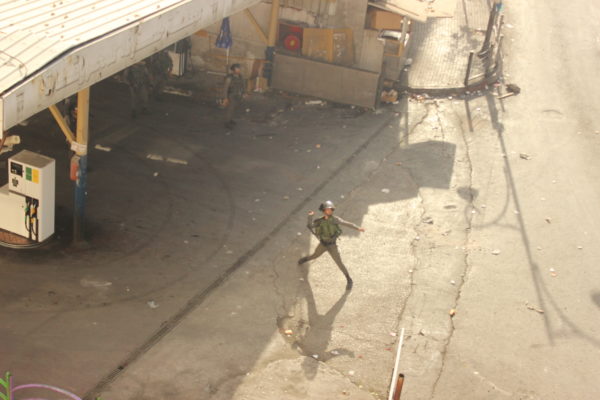 Many teenagers were detained during the clashes, and some afterwards as soldiers appeared to target particular children. 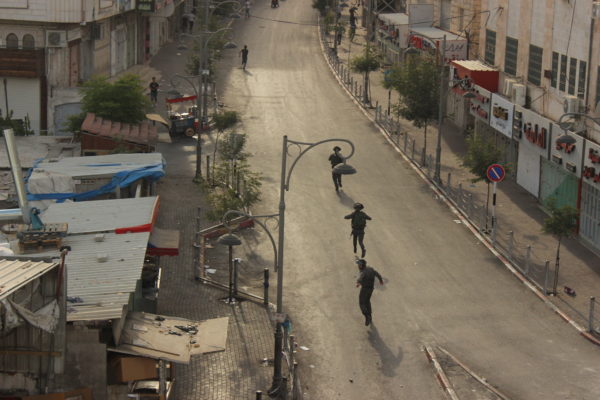 One teenager was filmed being beaten in the street by Israeli soldiers as they dragged him towards Shuhuda street.

The clashes occurred following a demonstration in solidarity with the prisoners’ hunger strike. 1,500 Palestinian prisoners are currently on hunger strike in Israeli jails, having refused food since the 17th of April. In the last few days around 70 prisoners have been moved to civilian hospitals due to ‘seriously deteriorating’ health conditions. The number of prisoners at serious risk of death is expected to increase sharply soon, with many now refusing to even drink water.