A 14-year old Palestinian boy was detained yesterday afternoon as Israeli forces conducted a search in Hebron’s Old City. The boy was riding his bike when four heavily armed soldiers began interrogating him. Shortly after, he was taken to Bab al-Baladiyya military base. 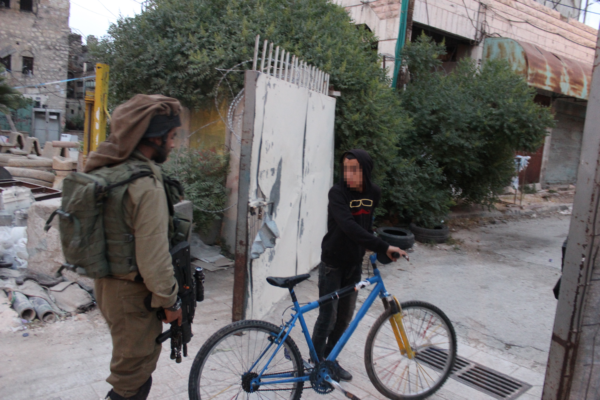 Prior to the search, soldiers had stopped several men outside the base. With their IDs confiscated, they were questioned for 20 minutes on suspicion of throwing stones. One soldier attempted to intimidate ISM activists and nearby tourists by taking photos of them. 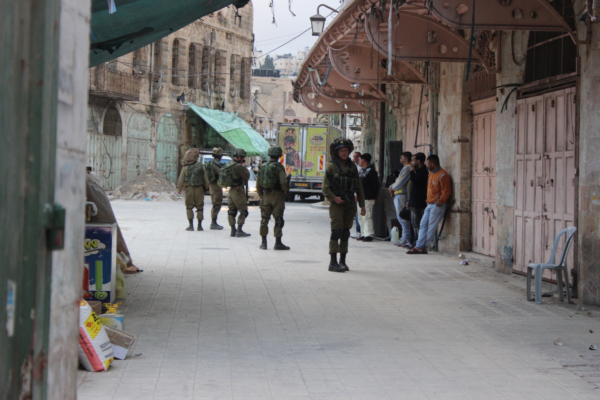 After letting the men go, the soldiers entered the Old City in an apparent manhunt. They again harassed ISM activists, threatening to arrest them if they continued to take photos and illegally declaring a closed military zone in the area. One soldier then threatened an activist, saying that he had already killed one boy on that road. After ISM activists challenged them, they ran away and forced their way into a Palestinian home, taking positions on the rooftop. 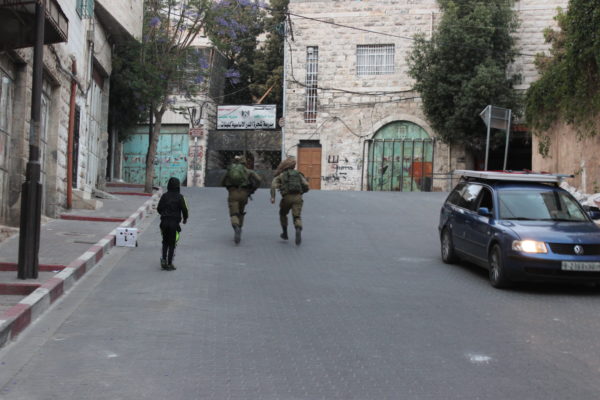 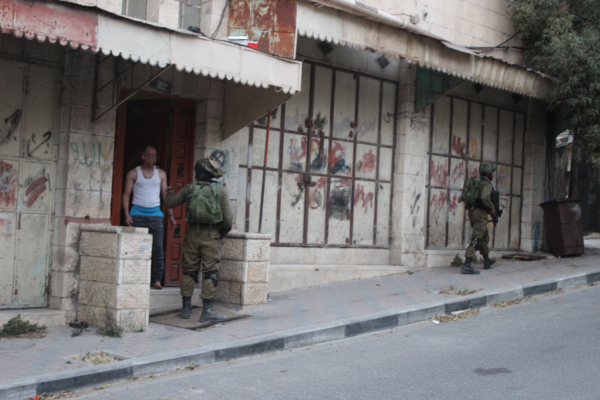 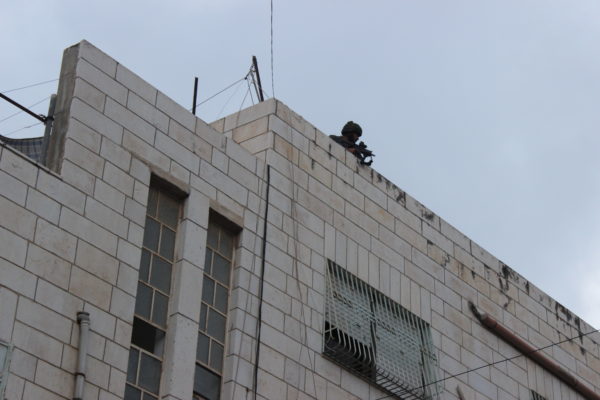 Soldier takes position on the rooftop

After 5 minutes, the Israelis came down and began the search again. They soon found the 14-year old sitting on his bike, and began to interrogate him. The heavily armed soldiers then escorted the boy down to the base, refusing to comment on the reason for his detention. 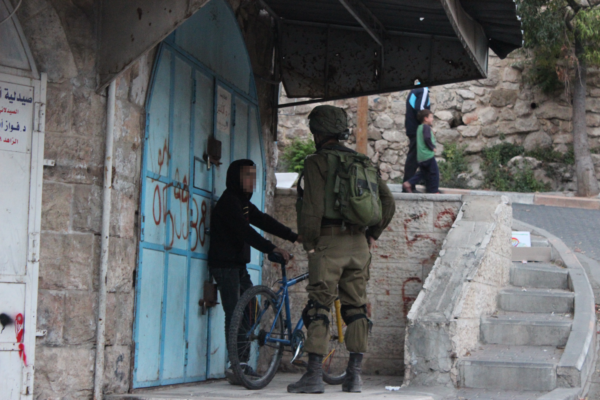 The boy has reportedly been a repeated target for Israeli forces, having been detained 5 times already. According to a local source, the soldiers had originally sought the boy for having knowledge of who was throwing stones, but now accuse him of throwing stones himself. 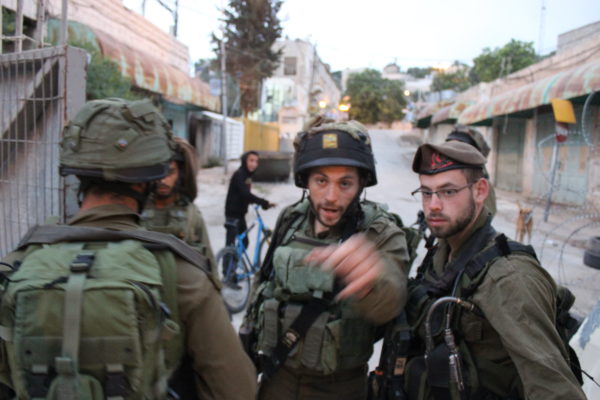 A day earlier, the same soldiers had been filmed harassing another young Palestinian boy for no apparent reason.