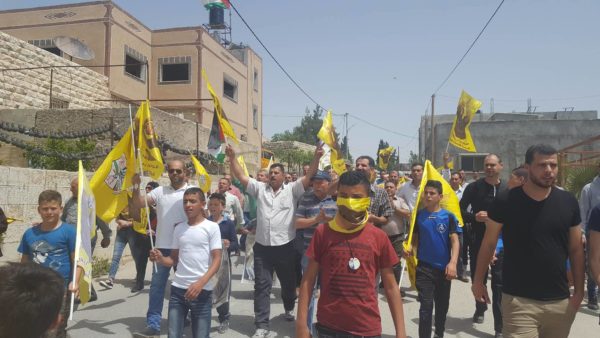 On Friday 21st April, a demonstration held in solidarity with Palestinian prisoners on hunger strike was violently supressed by Israeli forces at Nabi Salih, occupied West Bank. Teargas, rubber-coated steel bullets, and live rounds were fired at demonstrators by Israeli forces who later surrounded and blockaded the village for several hours.

Following Friday prayers, Palestinians marched from the town centre towards the Israeli checkpoint at the entrance to Nabi Salih. Joined by Israeli and international comrades, demonstrators carried images of imprisoned hunger-striker Marwan Barghouti. 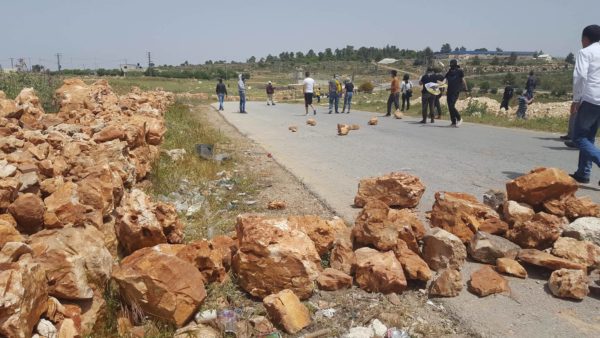 After the demonstration Israeli forces gathered at the surrounding checkpoints, controlling movement in and out of the village. Activists had to wait several hours before they could leave the village.

The demonstration at Nabi Salih was held on the 5th day of hunger strikes by Palestinian prisoners held in Israeli prisons, and is just one of many actions of solidarity held across Palestine and throughout the world.

Over 1500 Palestinian political prisoners have been on hunger strike since Palestinian Prisoners day, April 17th. Lead by Marwan Barghouti, this mass hunger strike raises an international awareness of the numerous human rights violations by Israel and their widespread practice of arbitrarily arresting Palestinian people.