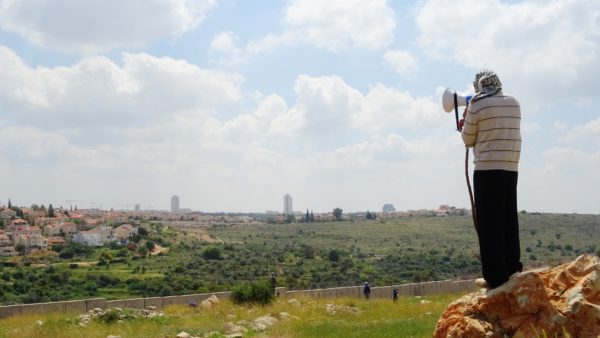 On April 7th Israeli forces repressed a demonstration in Ni’lin, during which soldiers fired tear gas and a rubber-coated steel bullet into the crowd of Palestinian protesters as well as Israeli and international activists.

The demonstration began Friday afternoon after the prayer, where Palestinian protesters, joined by Israeli and international activists, went to the Apartheid wall outside of the town of Ni’lin. Around 20 minutes after the protest erupted, Israeli forces began firing several tear gas canisters across the wall from an army vehicle. Two more army vehicles eventually came to join the first, all of them firing teargas canisters simultaneously. 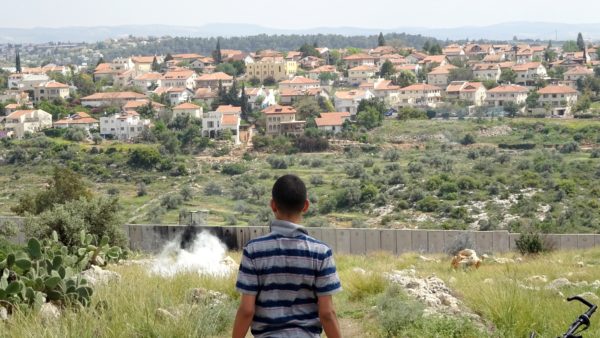 Protesters backed away from the wall when an Israeli soldier fired rubber-coated steel bullets directly into the crowd.

The firing of teargas went on for approximately half an hour, with protesters responding by throwing rocks towards the wall.

The demonstration was then repressed and protesters forced to flee when the IOF opened a gate in the wall, allowing an army vehicle to chase the protesters away from the scene.
None were reported injured during the protest. 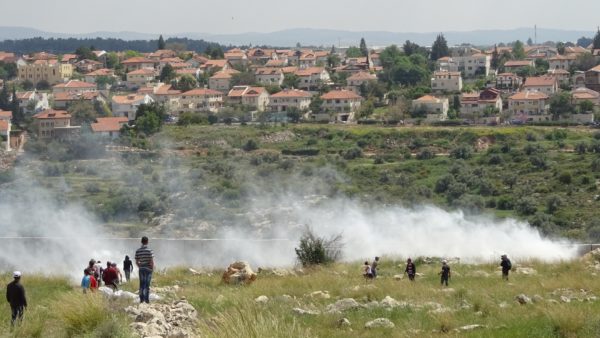