New
Home / In the Media / NYT: Why We Are on Hunger Strike in Israel’s Prisons 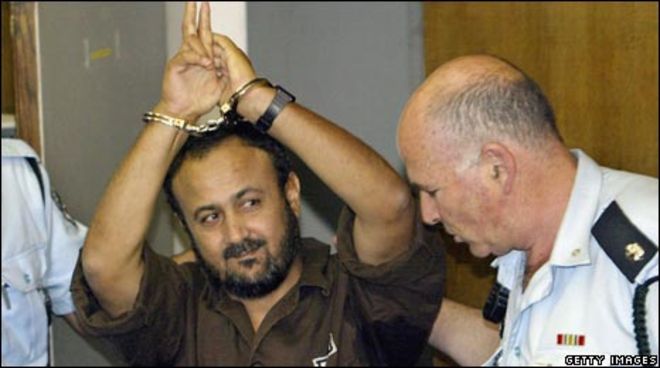 Having spent the last 15 years in an Israeli prison, I have been both a witness to and a victim of Israel’s illegal system of mass arbitrary arrests and ill-treatment of Palestinian prisoners. After exhausting all other options, I decided there was no choice but to resist these abuses by going on a hunger strike.

Some 1,000 Palestinian prisoners have decided to take part in this hunger strike, which begins today, the day we observe here as Prisoners’ Day. Hunger striking is the most peaceful form of resistance available. It inflicts pain solely on those who participate and on their loved ones, in the hopes that their empty stomachs and their sacrifice will help the message resonate beyond the confines of their dark cells.

Decades of experience have proved that Israel’s inhumane system of colonial and military occupation aims to break the spirit of prisoners and the nation to which they belong, by inflicting suffering on their bodies, separating them from their families and communities, using humiliating measures to compel subjugation. In spite of such treatment, we will not surrender to it.

Israel, the occupying power, has violated international law in multiple ways for nearly 70 years, and yet has been granted impunity for its actions. It has committed grave breaches of the Geneva Conventions against the Palestinian people; the prisoners, including men, women and children, are no exception.
Continue reading the main story

I was only 15 when I was first imprisoned. I was barely 18 when an Israeli interrogator forced me to spread my legs while I stood naked in the interrogation room, before hitting my genitals. I passed out from the pain, and the resulting fall left an everlasting scar on my forehead. The interrogator mocked me afterward, saying that I would never procreate because people like me give birth only to terrorists and murderers.

A few years later, I was again in an Israeli prison, leading a hunger strike, when my first son was born. Instead of the sweets we usually distribute to celebrate such news, I handed out salt to the other prisoners. When he was barely 18, he in turn was arrested and spent four years in Israeli prisons.

The eldest of my four children is now a man of 31. Yet here I still am, pursuing this struggle for freedom along with thousands of prisoners, millions of Palestinians and the support of so many around the world. What is it with the arrogance of the occupier and the oppressor and their backers that makes them deaf to this simple truth: Our chains will be broken before we are, because it is human nature to heed the call for freedom regardless of the cost.

Israel has built nearly all of its prisons inside Israel rather than in the occupied territory. In doing so, it has unlawfully and forcibly transferred Palestinian civilians into captivity, and has used this situation to restrict family visits and to inflict suffering on prisoners through long transports under cruel conditions. It turned basic rights that should be guaranteed under international law — including some painfully secured through previous hunger strikes — into privileges its prison service decides to grant us or deprive us of.

Through our hunger strike, we seek an end to these abuses.

Over the past five decades, according to the human rights group Addameer, more than 800,000 Palestinians have been imprisoned or detained by Israel — equivalent to about 40 percent of the Palestinian territory’s male population. Today, about 6,500 are still imprisoned, among them some who have the dismal distinction of holding world records for the longest periods in detention of political prisoners. There is hardly a single family in Palestine that has not endured the suffering caused by the imprisonment of one or several of its members.

How to account for this unbelievable state of affairs?

Israel has established a dual legal regime, a form of judicial apartheid, that provides virtual impunity for Israelis who commit crimes against Palestinians, while criminalizing Palestinian presence and resistance. Israel’s courts are a charade of justice, clearly instruments of colonial, military occupation. According to the State Department, the conviction rate for Palestinians in the military courts is nearly 90 percent.

Among the hundreds of thousands of Palestinians whom Israel has taken captive are children, women, parliamentarians, activists, journalists, human rights defenders, academics, political figures, militants, bystanders, family members of prisoners. And all with one aim: to bury the legitimate aspirations of an entire nation.

Instead, though, Israel’s prisons have become the cradle of a lasting movement for Palestinian self-determination. This new hunger strike will demonstrate once more that the prisoners’ movement is the compass that guides our struggle, the struggle for Freedom and Dignity, the name we have chosen for this new step in our long walk to freedom.

Israel has tried to brand us all as terrorists to legitimize its violations, including mass arbitrary arrests, torture, punitive measures and severe restrictions. As part of Israel’s effort to undermine the Palestinian struggle for freedom, an Israeli court sentenced me to five life sentences and 40 years in prison in a political show trial that was denounced by international observers.

Israel is not the first occupying or colonial power to resort to such expedients. Every national liberation movement in history can recall similar practices. This is why so many people who have fought against oppression, colonialism and apartheid stand with us. The International Campaign to Free Marwan Barghouti and All Palestinian Prisoners that the anti-apartheid icon Ahmed Kathrada and my wife, Fadwa, inaugurated in 2013 from Nelson Mandela’s former cell on Robben Island has enjoyed the support of eight Nobel Peace Prize laureates, 120 governments and hundreds of leaders, parliamentarians, artists and academics around the world.

Their solidarity exposes Israel’s moral and political failure. Rights are not bestowed by an oppressor. Freedom and dignity are universal rights that are inherent in humanity, to be enjoyed by every nation and all human beings. Palestinians will not be an exception. Only ending occupation will end this injustice and mark the birth of peace.