On 21st of March, Palestine celebrated their Mother’s Day. A group of Palestinian and international activists visited the village of Kafr ad Dik in the Salfit municipality. The activists delivered roses to the mothers and relatives of political prisoners and sat down with them to hear their stories. The action was organised by three Palestinian groups: Target Association for Rural Development – Burin; Handala Center for Prisoners and Ex-Prisoners; and, Retaj Foundation for Women.

The following is a summary of their stories, a glimpse into the 6,500 political prisoners (January 2017) that are imprisoned in Israeli prisons. 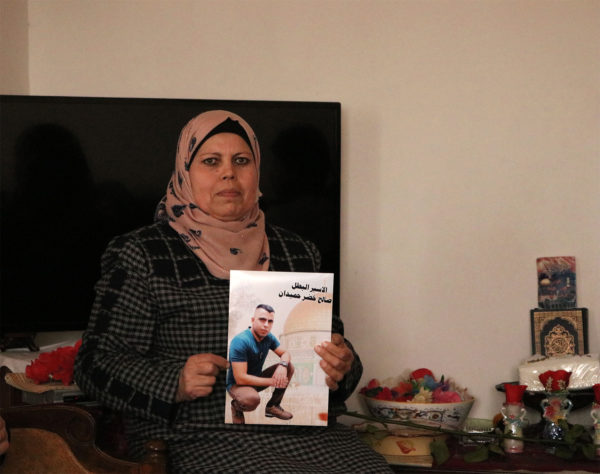 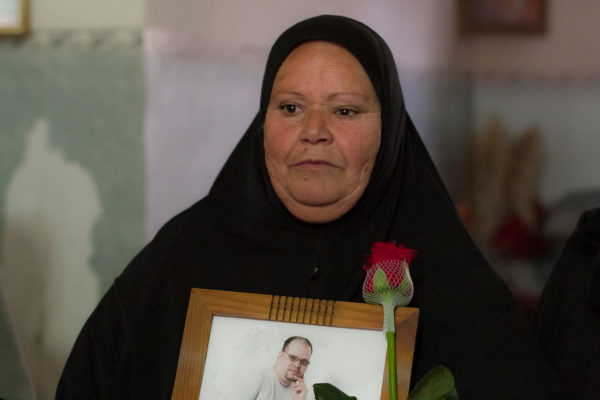 Ratib Family: All 5 sons have been arrested at some stage, the father was arrested recently for the third time for having hunting rifle. Currently has one son in prison. 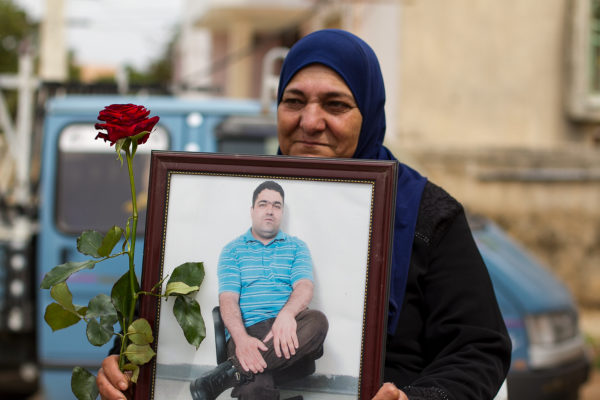 (Raed) Ali Ahmad Family: Her son is 34yo. In total he has already served over 16 years in Israeli prisons 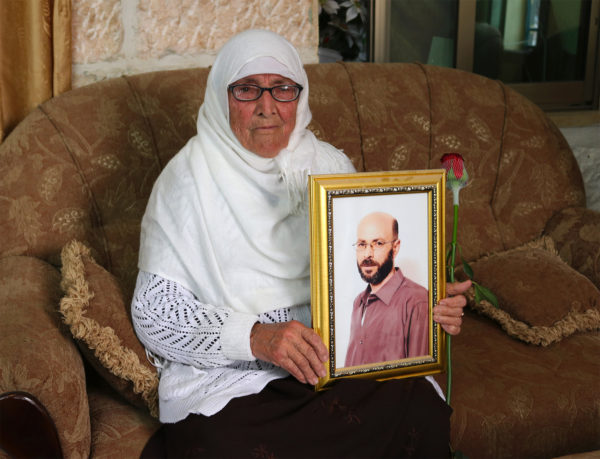 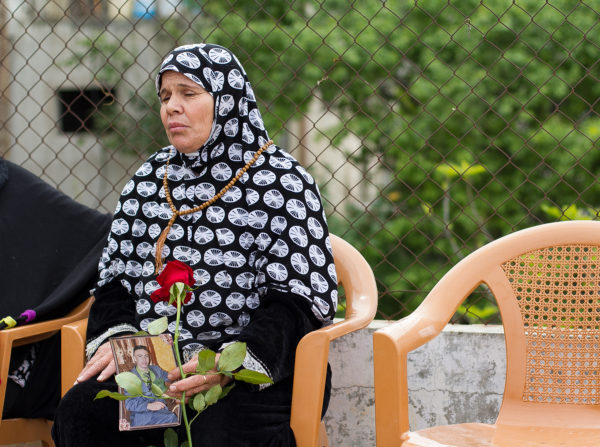 Mansour Family: Has been sentenced to 33 months in Israeli prison 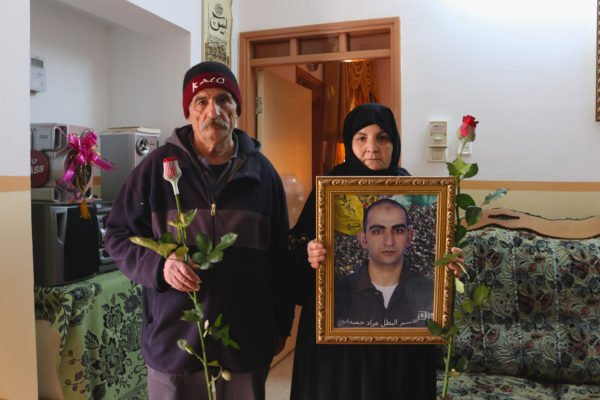 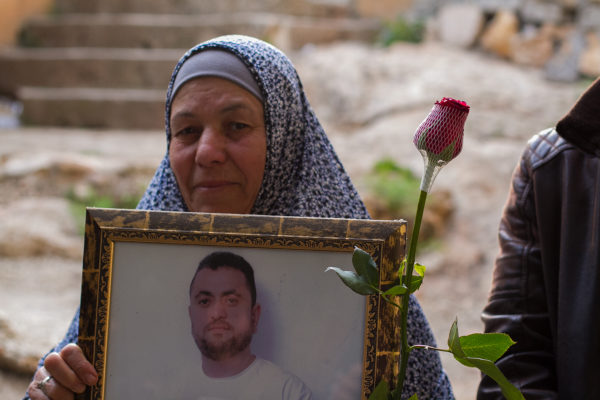 AlTurk Family: Two sons arrested on several occasions and have served in total 13 years in Israeli prisons. The 35yo son has been arrested four times, currently sentenced to 7 years in prison 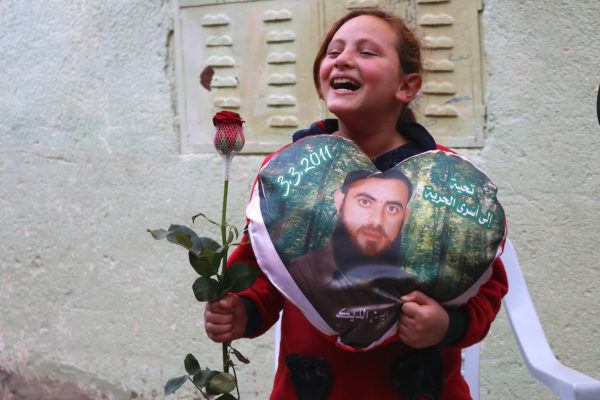 (Ayman) Aldik: Third time he is arrested, 3 years ago. Serving an 8 year and a half sentence in Negev prison (Naqab) 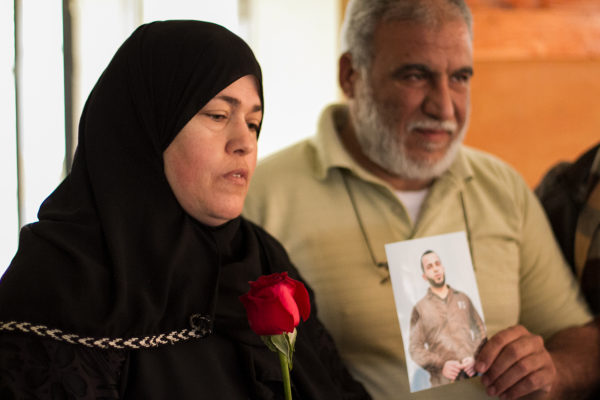 Ali Ahmad Family: Has served 2 years in an Israeli prison without trial 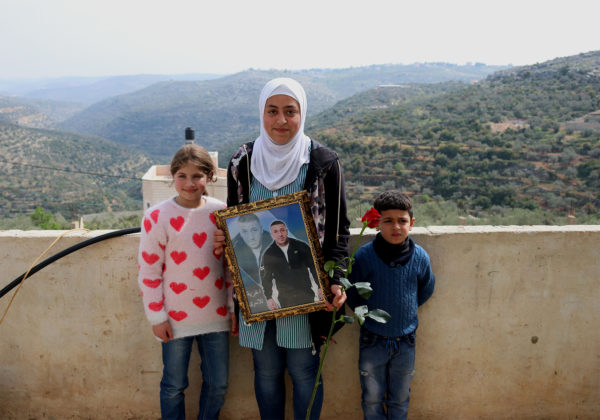 Shammah Family: prisoner is 44yo, has been sentenced to 4 years in prison and will be released in 6 months after serving his sentence in the Negev prison (Naqab) 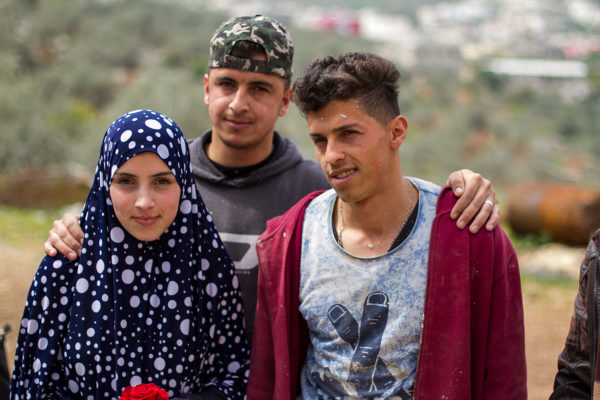 ‘Amer family: The young woman’s husband has been sentenced for 14 months, has a newborn baby, and two of her brothers are also currently in prison; arrested 1 year ago. 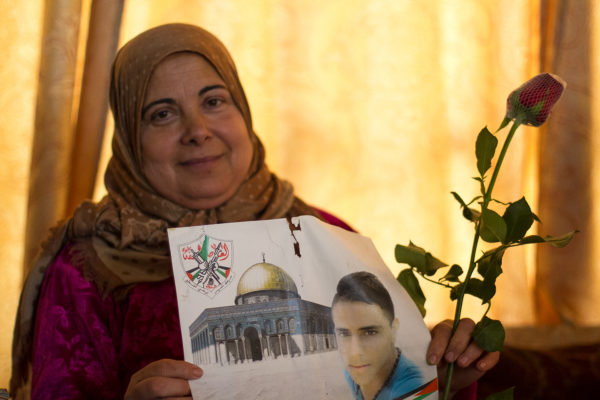 Aldik family: Two out of three sons arrested for Facebook posts. Third son (22yo) also arrested and currently in prison.

This action was the first day of a longer campaign to show solidarity with the families of those imprisoned by the Israeli state. The act of imprisonment places a huge strain on families, both emotionally and financially – it is important for us to show them that they are not forgotten. 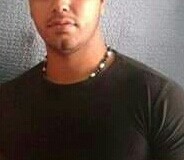 Hamze Marwan Abdomousa is asking for your support! 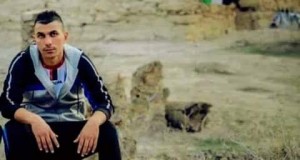 MAHMOUD NASSER IS FREE ! THANK YOU !