Today five young students from  Ibrahimi boys’ school took training in camera skills in H2, the Israeli controlled part of the city of Hebron.  Training consisted of camera skills, for video, stills and phone-camera; as well as the human rights and legal aspects they need to be effective and safe human rights campaigners in their own community.  Last week the same training took place at Qurtuba school when five girls got their training.

The project was started by Human Rights Defenders here in Hebron, who have a proud history of using cameras to document unjust situations and even on occasion, to prevent more injustice being done.  Only this week a Human Rights Defenders  activist filmed the arrest of a boy at Shuhada Street checkpoint for the alleged crime of carrying a knife.  Without the protective presence of the camera, Israeli soldiers could have acted extrajudicially.

The cameras for this project were donated by ISM Northern California.

Now a new generation of activists learns a new way to resist the occupation of their country and their community. 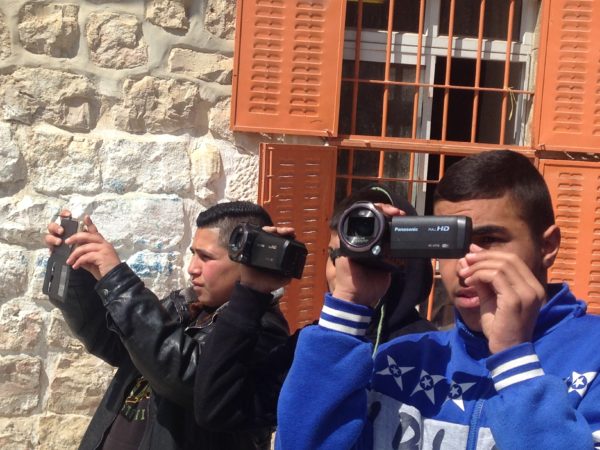