16th October Group helds a seminar about the judaization of Jerusalem

16th October Group (the foreign Media Unit in Athorayya association for Media ) held a seminar about the judaization of Jerusalem, on Monday 27 of February in Gaza city. the seminar aims at shedding the light on the suffering of the Jerusalemites and the holy sites under the Israeli Occupation. 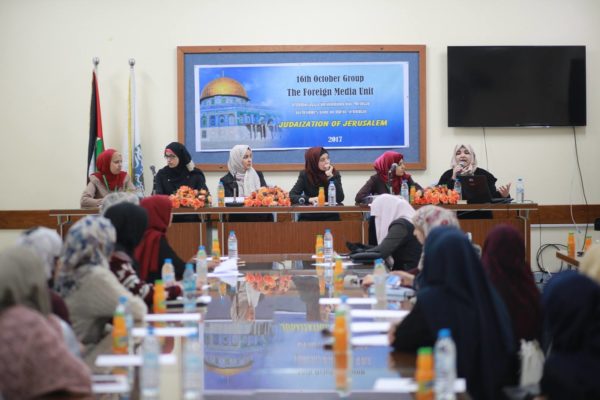 Alaa Shaaban, a member of 16th October Group confirmed that The most important objective of the wall is to implement the plan of judaizing Jerusalem by confiscating its lands and surrounding it with rings of walls and settlements that strangle it and isolate it from its Arabic and Islamic environment Samah Abu Sharekh, university student, stated that ” Up to 2006, 76 Islamic worship sites were destroyed, and 18 were turned into synagogues, and other 17 were turned into barns for animals” “such seminars target the activists to educate them about the Israeli violations of international law” 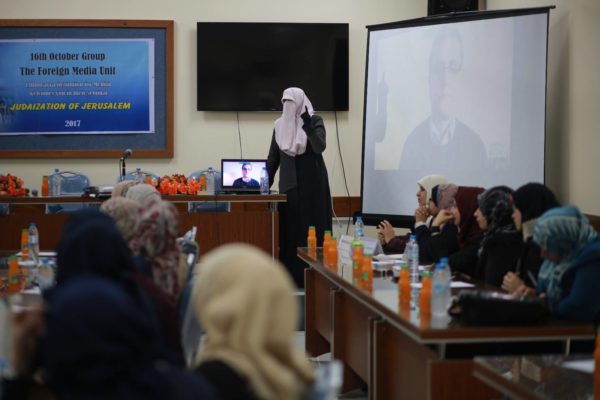 Wafa Aludaini, the manager of the 16th October Group said 16th October is a group of mainly females that aims at presenting the Palestinian issues to Westerners scientifically and objectively. 16 October endeavors to correct the stereotypical images permeating western media about Palestinian people.