New
Home / Features / “If your students want an education…” – Right to education violable under occupation?

“If your students want an education…” – Right to education violable under occupation?

On Thursday morning Israeli forces detained Palestinian teachers and students from Qurtuba school for over two hours at Shuhada checkpoint in occupied al-Khalil (Hebron) without reason and despite the fact that students and teachers always have to pass the checkpoint to reach school. Israeli forces have again denied students their right to education by preventing students as well as teachers from reaching their classes. 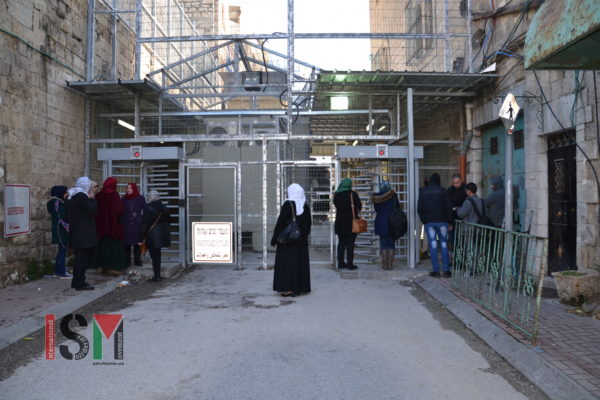 Israeli forces deny entry to Palestinian students, teachers, and 3 officials from Save the Children through Shuhada check point on their way to Qurtuba school.

Qurtuba school is located in the H2 neighborhood of occupied al-Khalil, under full Israeli military control. All students and teachers coming from the H1-area, supposedly under full Palestinian control, are forced to pass both the Shuhada checkpoint and another checkpoint just a few meters down the street, in order to reach their school. Whereas a major part of the teachers and students were allowed to pass Shuhada checkpoint as they do every  morning, a group of 5 teachers, including the director, and 3 students were detained at the checkpoint and not allowed to pass. The group was kept waiting inside the checkpoint box, as Israeli forces tried to force them to pass through the metal detector, even though there’s an official decision that teachers and students on their way to school do not have to pass through the metal detector. After the group pointed out this agreement–insisting that the soldiers respect it–Israeli forces closed the checkpoint to all other civilian Palestinians, telling everyone that no one would be allowed to pass as long as the teachers were ‘making trouble’.

After some time the teachers were allowed to pass and hurried to school. Because of this harassment, they arrived at class more than half an hour late. The director stayed outside the checkpoint, waiting for her students and was told by a soldier, ‘if you’re students want an education, then they have to pass the metal detector’. The soldiers insisted that they can’t depend on a ‘precedent’, even though there’s an official agreement that students and teachers don’t have to pass the checkpoint.  They kept pretending that they ‘knew the law’, which they clearly didn’t. A group of 3 Palestinian officials from ‘Save the Children’ were denied to pass the checkpoint by the Israeli forces. In the end, after more than two hours of co-ordination with officials, Israeli forces finally allowed the 3 students, standing outside in the freezing cold, to pass and reach their school – in accordance with the official agreement in which they do not have to pass the metal detector. 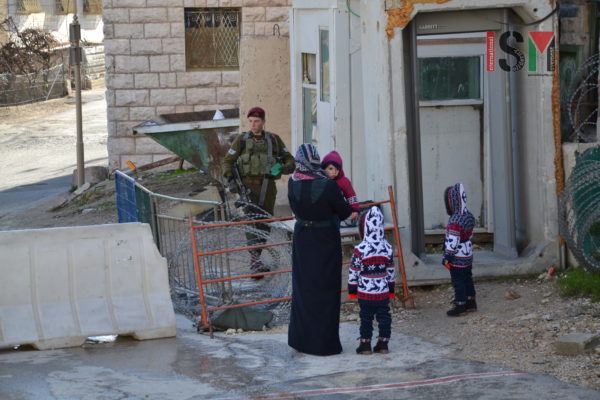 Israeli soldier checking ID and searching the bag of a Palestinian woman, who was forced to wait a few meters away from the checkpoint in the freezing cold with her three children

A few meters up the hill, another group of soldiers stopped the internationals, as they were ordered by the other soldiers to not allow them to pass the checkpoint. Israeli forces when denying them passage, argued that they’re responsible for the ‘security’ of the internationals and it would be ‘dangerous’ for them to pass the checkpoint. The irony of the situation though, is that the internationals, who have been harassed, stopped and yelled at by the soldiers (all heavily-armed with machine-guns) are assured by the same soldiers that it was actually their duty to protect them. They are the ones  Palestinian civilians and internationals need to be protected from. 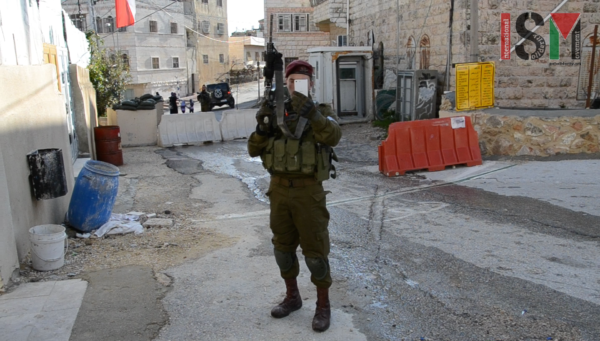 Israeli Forces harassing international activists, taking pictures of them with his private phone.