Palestinian teen, Nadeem Nuwara, was fatally shot in the chest by Israeli forces on Nakba Day, 2014. 17-year-old Nadeem allegedly threw a stone at soldier, Ben Dery, who proceeded to fire live ammunition in return. Israeli Forces killed both Nuwara and another teenager, Mohammed Salameh, during the Nakba Day demonstration near Ramallah. 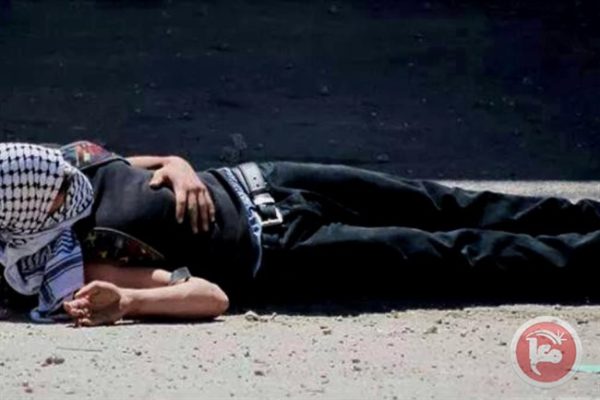 The tragedy of Nuwara’s death still weighs heavily on his family, friends, and community. In an interview with Roya TV, Nuwara’s mother tells a reporter: “I wish [the soldier] gave him sometime to go back to his mother so I could at least get enough of him before he took him from me.” But, to the soldier, Nadeem was not a son or a brother. He was not a friend. He was not a talented basketball player or mischievous teenager with hopes and dreams. To the soldier, Nadeem was a faceless threat. He was fit to be cast aside, destroyed, murdered. The soldier did not conceive of the fact that Nadeem was human—exercising his right to protest the injustices that the occupation has imposed on the Palestinian community.

According to reports, the Israeli forces were not supposed to use live ammunition during this Nakba Day demonstration. They were given red-marked magazines with rubber-coated steal bullets and blanks. Allegedly, Dery replaced the contents of the marked magazine in an M-16 with live ammunition in order to hide the fact that he was disobeying orders. Now, over 2 and a half years later,  the Attorney General is rumored to be dropping the manslaughter charges against Dery. He is being offered a plea bargain in which he will admit to negligence—claiming that the live ammunition was accidentally in his weapon. The plea bargain is to be presented at court on January 19. Nadeem’s father, Sayim Nuwara, told Ma’an News that he wrote a letter to the Attorney General expressing the family’s sadness and frustration with the plea bargain. There will be a demonstration during the hearing to pressure the court to reject any plea bargain.

Unfortunately, this case is not unique. When Palestinians are killed, the cases are often dragged out so that the families will grow tired and drop the case. The supposed immunity of Israeli soldiers is all too common here. But, the issue here is so much bigger than a corrupt justice system. Israeli soldiers have been trained to dehumanize Palestinians. The prevailing attitude of the Israeli forces is one of hatred, fear and impunity. Until Israelis and Palestinians can recognize the humanity in each other, the violence will continue. The injustices become normalized. Everyone lives in fear and frustration.

“It is true that death has become a norm and a ritual in our life which is crowded with sorrows, disappointments, and losses” (@JusticeforNadeem)