The Prisoners Club held a demonstration and march to the illegal apartheid wall on Sunday afternoon to demand the return of the bodies of martyrs held unjustly by the colonial occupying Zionist State of Israel.

The Zionist Israeli forces often take the bodies of murdered Palestinian martyrs and hold them, usually for long periods of time, threatening to bury them in unmarked graves in the cemetery of numbers if Palestinian resistance continues. The families want the bodies of their loved ones returned for funeral and burial.

The demonstration and march was attended by well over 150 Palestinian men, women and children along with several internationals.

After the march to the illegal colonial apartheid wall, as the group was leaving, the Israeli occupation forces opened the gate in the wall with several military vehicles and began to fire tear gas, sound grenades and rubber coated steel bullets into and at the crowd. A handful of people were minimally affected by teargas with no medical treatment needed and no other injuries reported. The clash lasted about one and half hours. 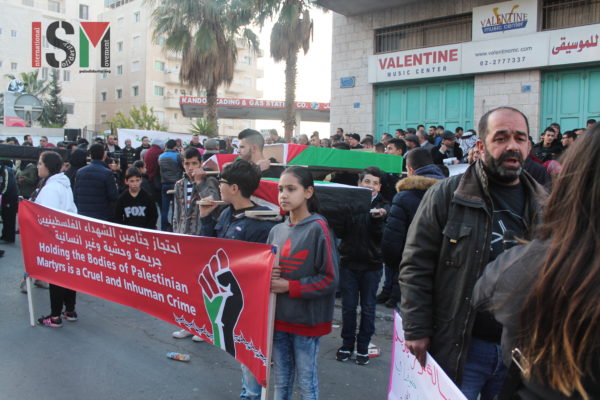 Over 150 demonstrators demand return of martyrs bodies in Bethlehem. 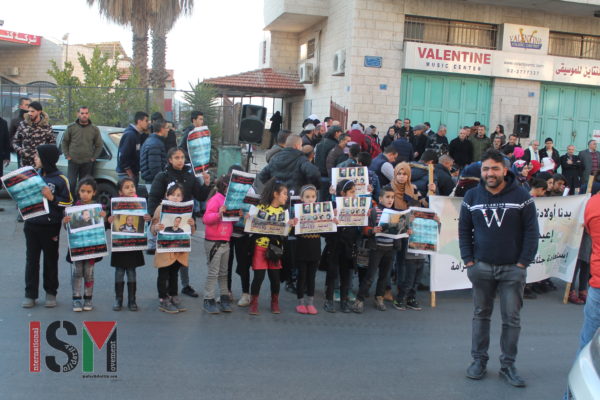 Children out in force at Bethlehem demonstration demanding return of martyrs’ bodies. 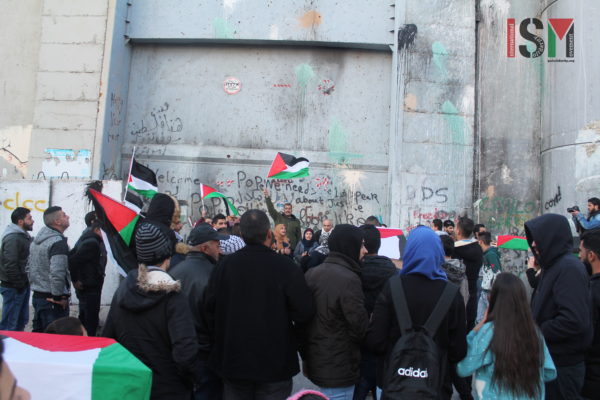 Demonstration continues after march to apartheid wall in Bethlehem. 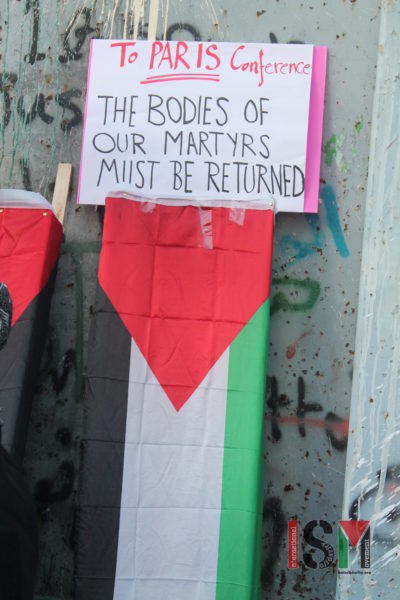 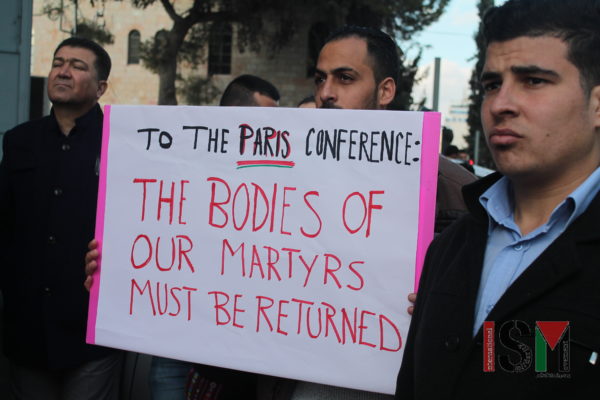 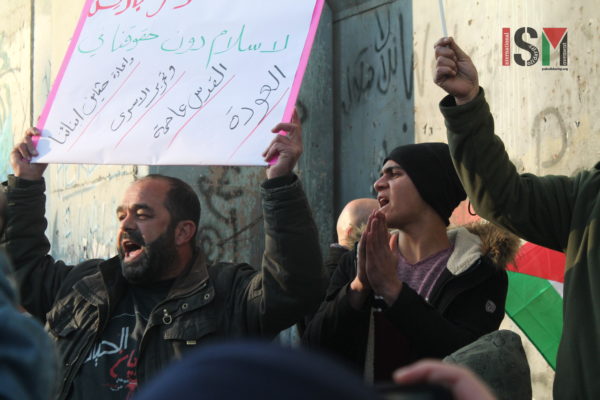 Protesters at the apartheid wall demanding the release of martyrs’ bodies in occupied Bethlehem. 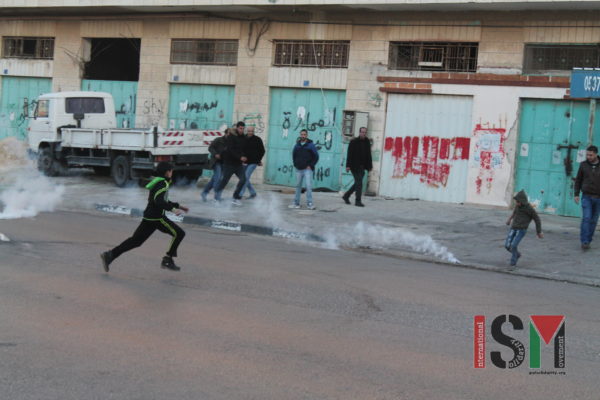 A boy runs after tear gas canister and throws it back at Bethlehem demonstration. 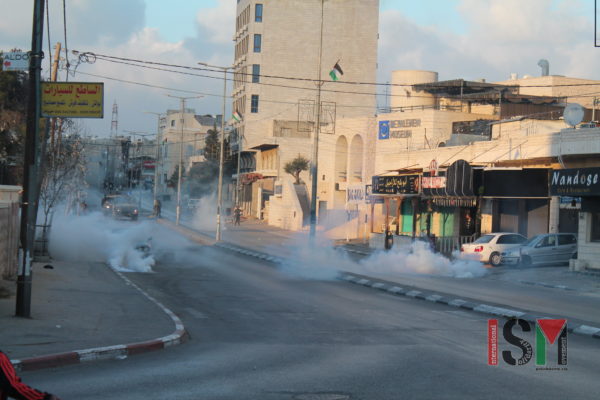