New
Home / Features / We want our children back!

We want our children back!

On Monday, 28th November 2016, Palestinians gathered to demand the bodies of their loved (brothers, sisters, mothers, fathers, daughters and sons) – killed by the Israeli occupation forces – back for burial. Many of these family members who attended were holding signs and posters of their loved ones and appeared very distraught. 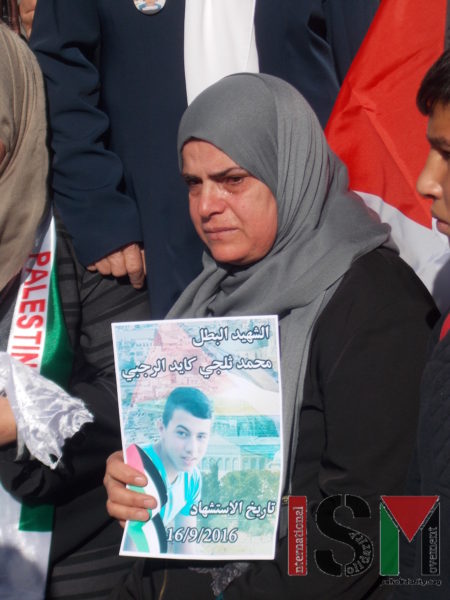 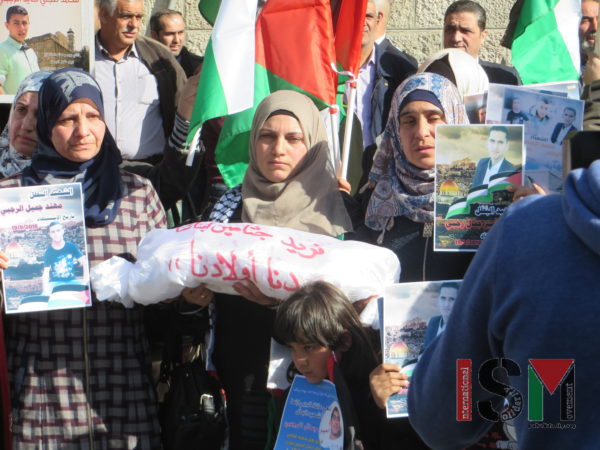 Hundreds of Palestinians gathered outside the Palestinian municipality, holding banners and pictures of their family members, who have been gunned down by Israeli forces, left to bleed to death. Afterward, the Israeli occupation forces would kidnap the dead body, denying the right of a funeral to the family. Palestinians, since October last year, have been gunned down by Israeli forces, often on the claim of having a knife. The policy of withholding the bodies from the families, is enacted as a form of collective punishment illegal under military law, punishing the family for an alleged act of the killed Palestinian. In this form, the family is denied to bury their family members, despite in Islam a body is supposed to be buried latest the day after death. 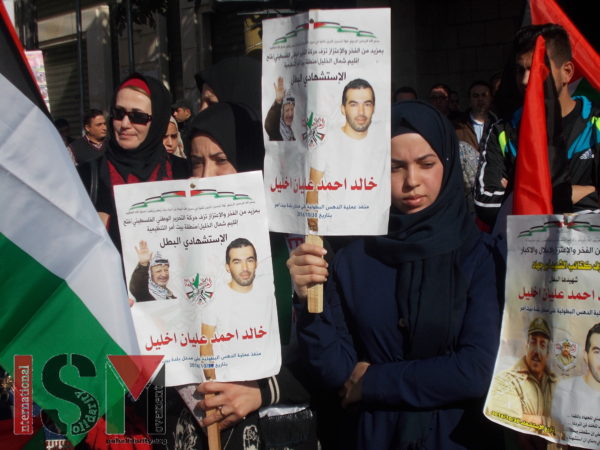 Instead, the Israeli occupation forces keep the bodies in “the freezers of the zionist occupation”. Many bodies of Palestinians are still held by the Israeli forces, with no-one knowing whether they will ever be given to the mourning families that have lost a loved member. 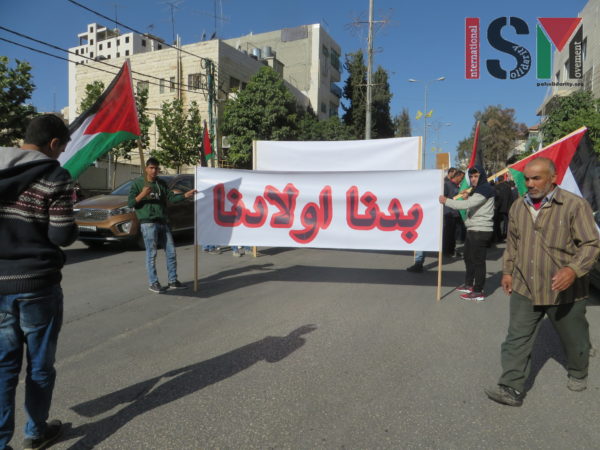 “We want our children back”