According to the Council for European Palestinian Relations the Palestinian agricultural sector’s contribution to the GDP dropped between 1993 (Oslo Accords) and 2009 from 13% to 4.8%, due to the illegal practices of the zionist entity, such as land theft, confiscation of water resources and control over exports.

During the successive aggressions against the coastal enclave, military bulldozers and Israeli tanks razed thousands of hectares of agricultural land, uprooting fruit trees and olive groves, destroying greenhouses and water wells in addition to bombing agricultural infrastructre with drones and warplanes. However, in Gaza, periods between wars are not much more peaceful for the peasants, as farmers from Khan Younis governorate, one of the most attacked by snipers and Israeli bulldozers can testify: “There is hardly any water and the water we have is salty. The option is to buy fresh water, but besides being too expensive its supply is almost nonexistent, we have only about 8 hours of electricity a day … how can we work, without electricity or water?” 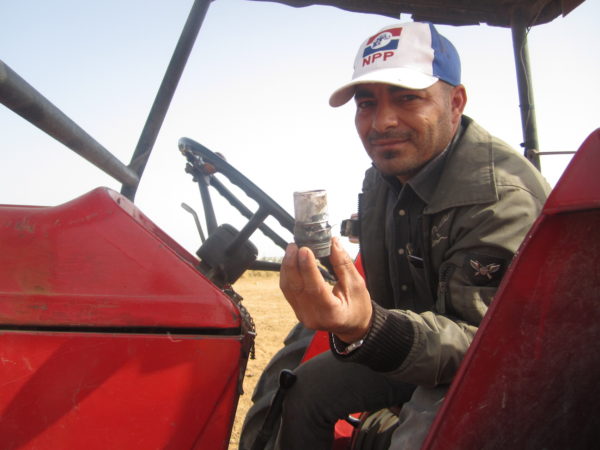 Mohamed A. T. adds, “We’re finally paying the zionists for the water that they rob us! But what choice do we have if our wells are salty and in many areas (within the so-called Buffer Zone) we are not even allowed to build wells. “

Additionally to the problem with water and electricity there are constant attacks on farmers by Israeli snipers and periodic incursions of military bulldozers to raze agricultural land. “My lands are relatively close to the fence, so I can not set foot in them between 6 pm and 6 am without getting shot at. What I can do if the electricity does not come before 6 pm? I have to leave my land without watering, risking the loss of the crop”. 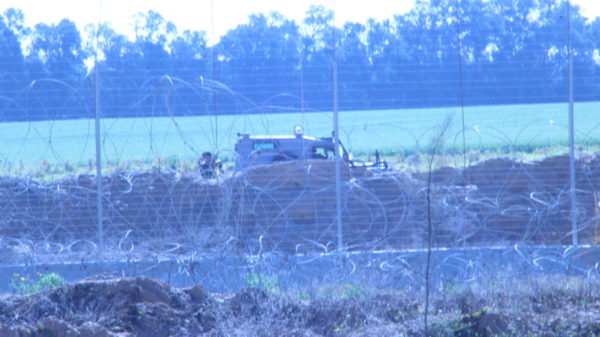 Israeli sniper shooting against the farmers

Another obstacle that farmers in Gaza must overcome is the blockade, which prevents the entry of fertilizers and pesticides, increasing even more production costs and reducing, even more, productivity. “The blockade also prevents us from exporting, even to the West Bank. All these problems are destroying the economy of the peasants … we are all in debt. We all have debts with the municipality, with the water company, the electricity company. The lack of water and electricity is the final blow that’s killing us”.

After the latest massive attacks, Gaza’s farmers are afraid to re-invest in their land, as they know that in a future aggression these will be targeted again by the Israeli army. “Gaza survives thanks to charity… that’s the truth. It ‘s what our enemy wants for us. We hope that the people from Europe, America, Asia… listens to us and help us to end the blockade. Why they target peasants? We’re just normal people. Don’t we have the right to live in peace?” 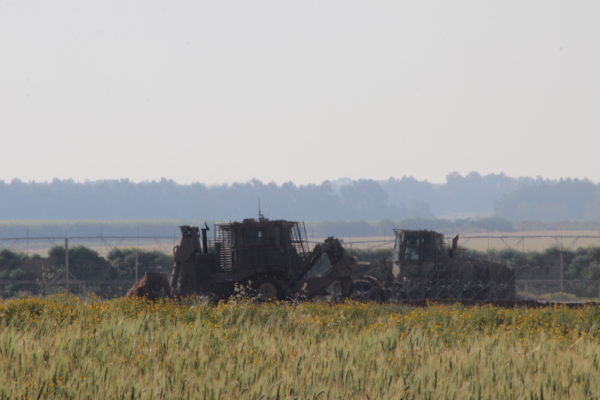