The villagers of Umm Al Khair look out at the remains of their EU-funded community center that now lies as rubble. Villagers tell of it as a place where they watched football, did education trainings, community meetings and how it would soon become a kindergarten. The destruction has come as no surprise however, since this is the third set of demolitions in Umm al Khair since the start of the year, with over 15 structures being demolished in a town of just 150 people.

The rate of house demolitions in the West Bank is at the highest it has been in 10 years, with more demolitions in the first 4 months of 2016 than the whole of 2015. As illegal settlements continue to expand Palestinians, especially in the south Hebron hills, are more at risk than ever of losing their homes. Despite condemning the demolitions the EU has not taken any action concerning the 74 million dollars worth of EU projects destroyed by Israeli bulldozers. As the town looks for aid to rebuild its fallen buildings the question is if the EU will continue to turn a blind eye to Israel’s destruction of their projects including schools, playgrounds and housing that have all fallen under demolition orders.

Both Umm al Khair and Susiya are in the process of court hearings to get permits for their buildings, but this hasn’t stopped the demolitions during the court process. Their only hope is the decision of the court to give villages the right to exist and permits for their housing, but currently it seems unlikely this will happen. We can only hope that pressure from the international community and opposition from inside Palestine will lead to the villages survival. 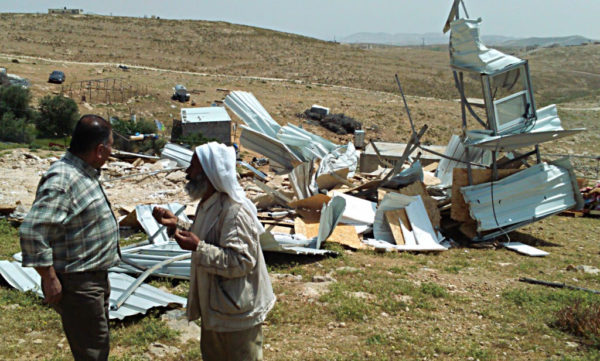