On the 15th of July in the afternoon, the people of Kafr Kaddum took part in a demonstration against the Israeli Army’s continuing theft of their road. The soldiers checked cars going in and out of the village, and stationed snipers in the bushes and on top of the hill. The Israeli Army also brought men in dark uniforms, a special unit that is used to quell prison disturbances. They had a jeep that was loaded with teargas. Clearly, their main goal was to intimidate the demonstrators and stop the protest from happening. 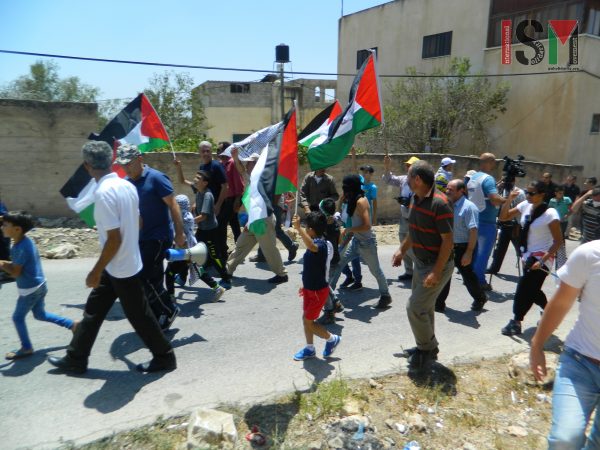 Palestinian demonstrators march towards the road

Palestinians, Israelis and internationals alike were in the crowd. After some chanting, the people tried to do a march but as soon as they got close to the hill where soldiers were stationed, stun grenades were thrown at them. The Israeli soldiers also fired rubber coated steel bullets at the Palestinian youth, as well as several volleys of teargas towards both them and the rest of the crowd. Although no one was hit by their ammunition, many people suffered from excessive tear gas inhalation.
Before leaving the Israeli Army made sure to destroy the main water pipe of the village, which will cost some 3000 NIS to repair. An overwhelming use of force was employed against a people who are simply fighting for the return of their road, which was illegally stolen from them in 2003. 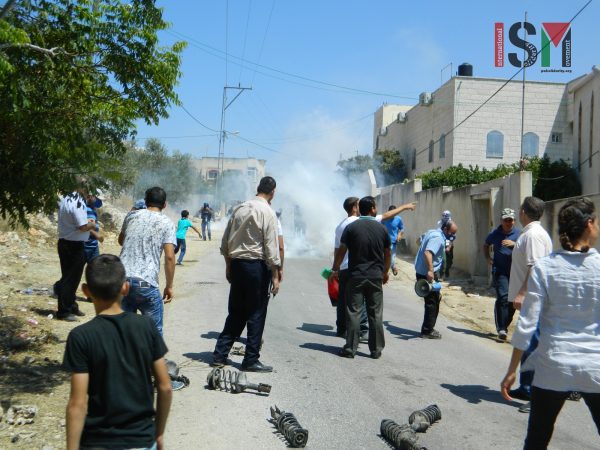