The holy month of Ramadan has come to an end. But in Palestine, as in Iraq, Syria, Turkey and too many other places, Muslim families are not able to enjoy this special time of the year in peace and comfort. On Sunday night at 11pm, more than 1000 Israeli soldiers, according to locals’ estimations, entered Qalandia Refugee Camp in the Occupied West Bank. The huge military incursion sparked clashes in which 15 Palestinians were shot. Occupation Forces used live ammunition and rubber coated steel bullets on civilians while firing tear gas and stun grenades at approaching ambulances, preventing Palestinian Red Crescent medics from reaching the wounded. 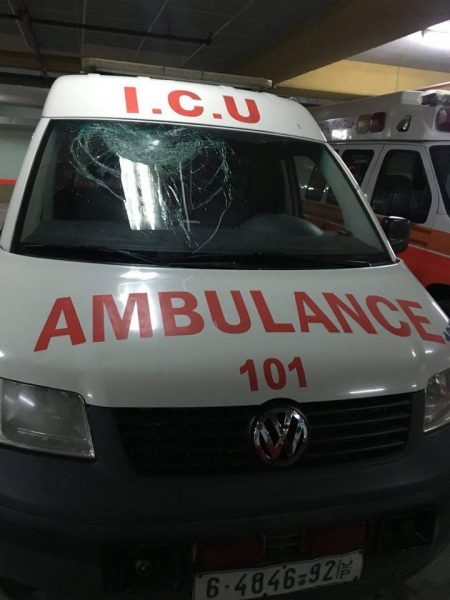 Among the injured was a 19 year old girl and a 15 year old boy, each shot with live ammunition and brought to the hospital in serious condition. The army entered the camp to demolish the homes of the families of two young men, Anan Habsah and Issa Asaaf, both 21, who carried out knife attacks and killed one soldier in East Jerusalem on December 23rd last year. Both were killed by soldiers while carrying out the attacks, so the demolition of the homes comes only as a form of collective punishment to terrorize the families and the people in Qalandia, who repeatedly suffer from night raids and house demolitions as well as beatings and arrests by the Israeli occupation forces.

Anan’s family first evacuated their home in January when the Israeli high court announced their decision to demolish the houses. The displaced family members lived spread across the area, staying at friends’ and family’s homes in Ramallah and elsewhere in Qalandia for two months until the lawyer suggested they could move back in in March. The father, Abu Saleh, refused to leave his home during the two month period however, staying in a tent outside the building. Three weeks ago the two families were yet again told to evacuate their homes and were informed that the demolition would take place within five days. However, the exact date of the demolition was not disclosed. Sunday night it finally happened without advance notice, and only two days before the end of Ramadan and the beginning of Eid celebrations. 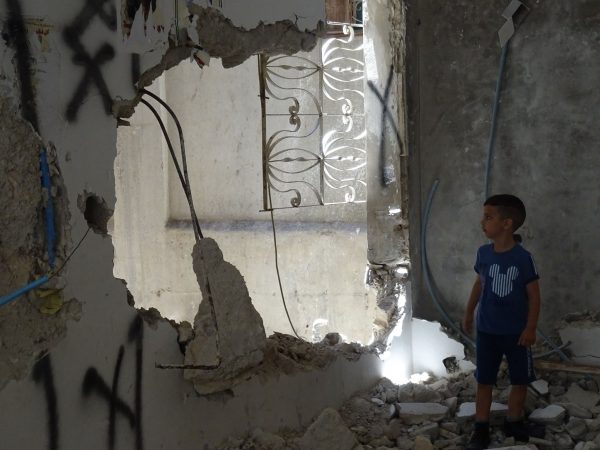 In the ruins of his family home

Issa and his family have experienced severe trauma at the hands of occupation forces before, when he and his two younger sisters were brutally assaulted by Israeli soldiers at a checkpoint near East Jerusalem. The incident left one of Issa’s sisters unable to speak for three months, and caused the Assaf family significant distress and anguish.

Both Issa and Anan were imprisoned for significant periods of time; Anan at age fifteen for a period of eight months, and Issa for seven months in the year before his death.The families’ suffering did not end there, however. In the week following Issa’s release from prison, he was again assaulted at his home in Qalandia when soldiers dragged him from his home in the middle of the night and beat him in the street without justification.

The Habsah family also bears the long lasting scars of pain and trauma. Anan’s imprisonment as a child devastated the family, and they say their boy was never the same afterwards. “I know he did not want to die … but when a boy is put in jail, deprived of sleep, and deprived of his childhood, something in him changes,” said Anan’s uncle. 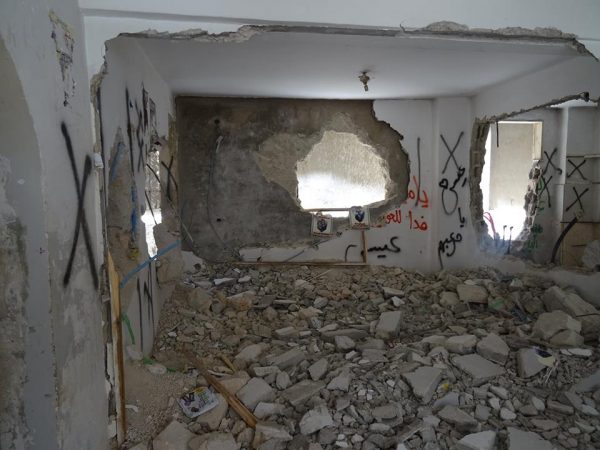 Inside the Asaaf family home

When we arrived on Monday morning, neighbors and relatives had already begun to gather in support of the families. Anan’s aunt explained to us that this is the third time her family had been forcibly displaced; first in 1948, when the family was expelled from their home in West Jerusalem, and later again in 1975 when their modest home in the refugee camp was destroyed for the first time.

UNRWA spokesman Chris Gunness condemned the demolitions on Monday, stating that punitive home demolitions “inflict distress and suffering on those who have not committed the action which led to the demolition, and they often endanger people and property in the vicinity.” A 2005 study by the Israeli army itself concluded that home demolitions are not effective as a deterrent or punitive measure, but the practice still continues. According to the Israeli Committee Against House Demolitions, about fifty thousand residential structures have been destroyed by Israel since 1967.

“This is psychological warfare. In the whole camp of more than ten thousand people, no one slept [last night], and they did not go to work today,” Adnan Habsah, the uncle of Anan said. Qalandia Refugee Camp has long been subjected to various forms of collective punishment by Israeli forces, and is severely affected by all aspects of the Illegal Occupation. The camp is located within area “C” and greater (East) Jerusalem, near the main checkpoint between Ramallah and Jerusalem and beside the apartheid wall. According to the UNRWA, the construction and expansion of the Wall in the early 2000s has drastically affected the economic situation in the camp by isolating it from the Israeli job market and Jerusalem. According to the most recent data, Qalandia’s unemployment rate is as high as 40 percent, compared to Occupied Palestine’s overall rate of 26.6 percent.

The Camp was originally established to house some 5,000 Palestinians who were displaced by the 1948 Nakba. Today, according to Afaq Environmental Magazine, the population of Qalandia Refugee Camp has reached about 14,000. Under the 1993 Oslo Agreement, the whole territory of Qalandia Refugee Camp is classified as area “C,” where Israel retains full control over security and administration related to the territory; however, Qalandia camp, like other Palestinian refugee camps, is under the administrative control of UNRWA.

As the uncle of Anan said when we spoke to him on Monday, “This is a UN refugee camp. The whole world owns this place. You cannot destroy it.” 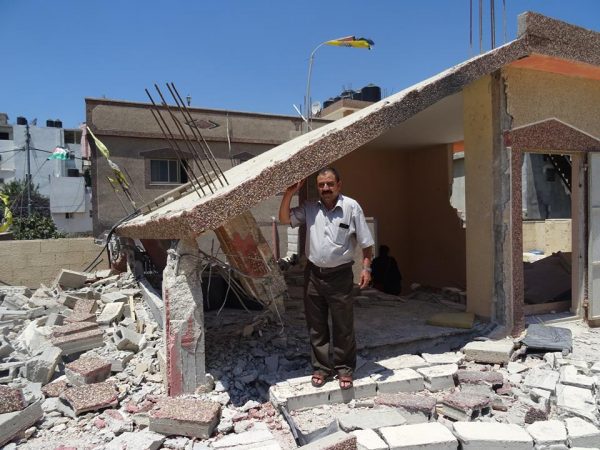