Testimony of one of the latest attacks against Gaza’s fishermen

Last Wednesday Rajab Khaled Abu Riela, 30 years old, his brother and two cousins left Gaza’s port at 12 pm. They stayed out fishing until 1:30 am. “When we started our way back to the port one Israeli warship approached, the soldiers started insulting us through the microphone and immediately after started shooting against our two small boats with live ammunition”. “Then their warship crashed against us. In that moment I decided to try to escape, but I was immediately shot in the leg with live ammunition”. They took Rajab and his brother to Ashdod port, where they wouldn’t give him any medicine or treatment for the injury he sustained by the Israeli forces. “I was left bleeding until 9:30am”. Finally they were sent back to Gaza, where an ambulance took him directly from Erez border to the hospital, where he had to undergo surgery.

When he finally reached Shifa Hospital, doctors managed to remove the biggest pieces of the bullet – but many small pieces still remain in his leg. 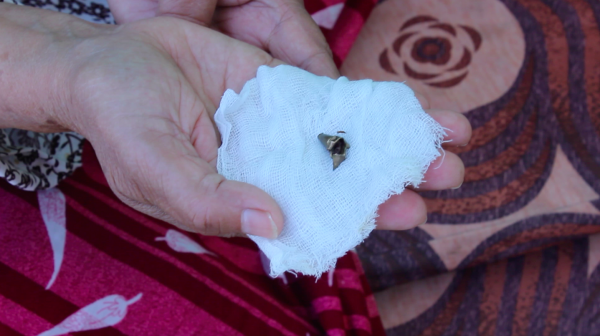 Rajab’s mother shows the bullet removed from his leg

“Our future [for the fishermen] is uncertain; we don’t know what will happen tomorrow. Israel assaults us every day, takes our boats, shoots at us… Since 2005 I have pain in my chest due to an attack of the occupation, and as well my brother was injured while fishing in 2008. I’m responsible for providing for my family, we are 21 members… Now no one is providing for us, as I’m injured and they took our boat and motor. How I can work now without a boat?” 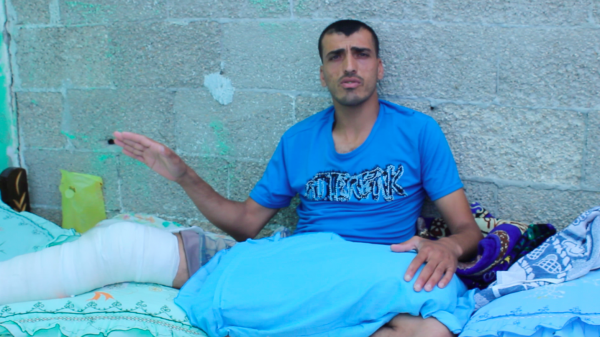 Rajab after the surgery