Trees were planted and a demonstration took place today at Beit al-Baraka today to protest the extension of the illegal Gush Etzion settlement bloc. 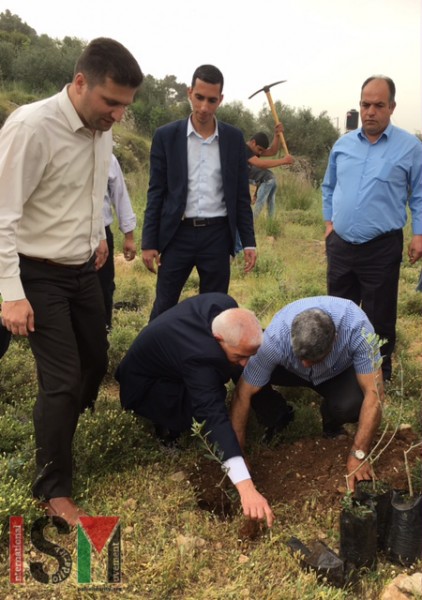 An international presence had been requested by the organisers so two ISM volunteers headed to Beit Ummar to meet with them, and along with three Israeli activists headed to Beit al-Baraka,  38-dunam (9.3 acre) compound located near the al-Arrub refugee camp.  This is an area which used to be owned by Palestinians, but which has now been fenced off, either by settlers or by the American millionaire, Irving Moskowitz, who is rumoured to have purchased the site through a front company in 2012 in order to create an illegal Israeli settlement there.  What is very clear is that this area is earmarked for illegal settlement and will form a strategic extension to the illegal Gush Etzion settlement bloc that overlooks the area.  What local Palestinians fear is that the entire Gush Etzion junction will be closed to Palestinians,  permanently closing the road between Hebron and Behlehem for them.  This fenced area is now a closed military zone forbidden to Palestinians. 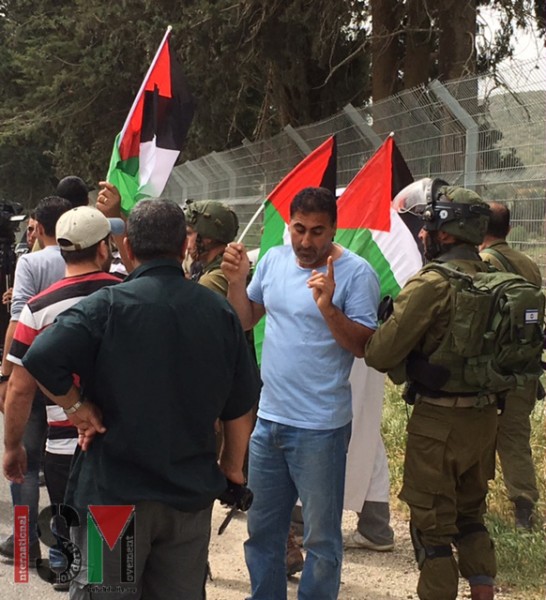 Villagers protesting on their land.

Close to this closed area a group of around 25 local Palestinians, and the international and Israeli activists planted a number of trees on Palestinian land as a protest, attended by several Palestinian Authority officials, and some press.  After the tree planting, which was observed by Israeli soldiers, the demonstrators marched peacefully towards the closed area of land and the soldiers and confronted them, during which there was some arguing and scuffling with soldiers.  Two men were detained for a time, but nobody was arrested. 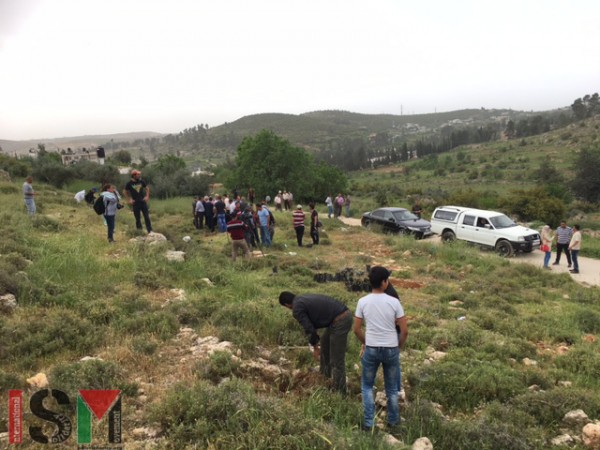 The creeping extension of the Gush Etzion cluster of settlements which Israelis call ‘the gateway to Jerusalem’ and increasing tension and violence at the junction make this entire area a frightening place for Palestinians to pass through.