In the north of the Jordan Valley, and adjacent to the town of Tubass, are three agricultural communities: Yarza (with 4 families), Ibzk (13 families) and Samre (11 families). These families have existed on this land for hundreds of years, and some were born in a cave in the hills overlooking their homes. Their homes are regularly demolished; Yarza has been demolished five times with the last demolition occurring in August 2014.

The area is littered with ammunition, including bullets and landmines, as a result of the frequent Israeli Occupation Forces training exercises that occur here. These exercises are illegal under international law since this is an agricultural community, and they take place in close proximity to homes. Many of the residents have been injured or killed, according to activists who work for Jordan Valley Solidarity, including a father of three who was burying landmines in order to secure the safety of the community. One exploded, killing him instantly. 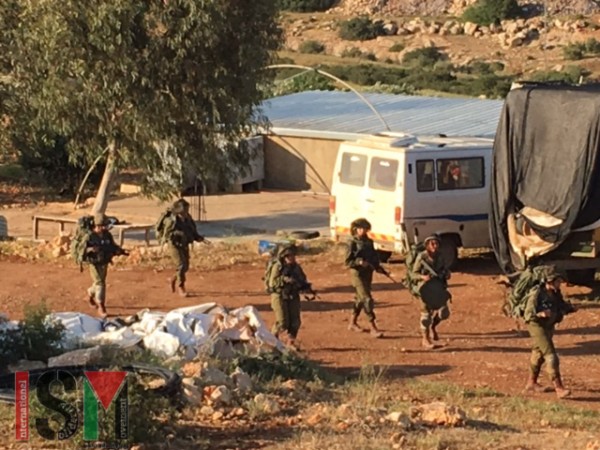 The local community, with the help of different organizations, requested protection from the UN office in Ramallah, to no avail.

On Sunday, April 3rd the residents were notified that military training exercises would be taking place for two days starting Monday, April 4th, and they were to refrain from going out. However, the training started that night. When military training is taking place, the children are prohibited from going to school, since they are usually bussed to Tubass. Where they live has been designated Area C, and there are no schools within close proximity. 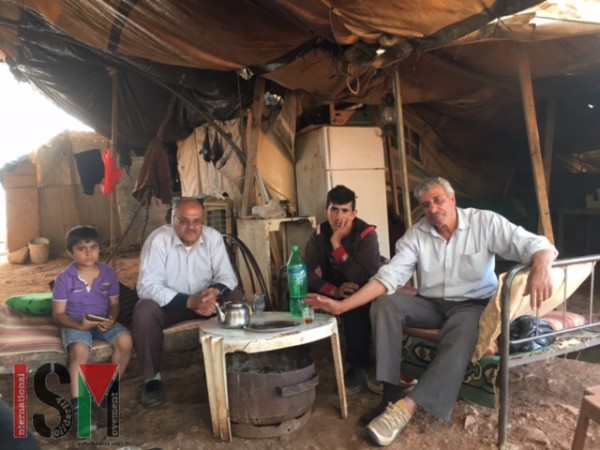 Palestinian family living in the village.

On April 4th, two International Solidarity Movement volunteers arrived at Yarza. There they observed the arrival of more than 200 heavily armed soldiers who arrived in buses and jeeps. They crossed the land the communities live on, many on foot, and positioned themselves over a small rise approximately 500 metres away. Throughout the night very loud explosions were heard all the way to the village of Tubass.

The communities feel very threatened by these actions, and the children especially are terrified by the presence of the Israeli soldiers and by the exceedingly loud explosions. The residents believe that there are many other areas further away that the IOF could choose instead of being so close by and endangering their safety.

This beleaguered community has suffered in countless ways; their livestock is regularly confiscated, their homes are frequently demolished, and worse yet, there have been lives lost to Israeli military training which could very easily take place elsewhere.