On 1st April 2016, the village of Bi’lin marked the 40th anniversary of Palestine’s Land Day during their weekly nonviolent Friday demonstration. Israeli forces attacked the peaceful demonstrators with a wide range of weaponry.

The protesters marched towards the illegal apartheid wall separating the village from over a thousand dunams of its agricultural land, where now one of the many illegal Israeli settlements, Modi’in Illit, is located. In their weekly nonviolent demonstrations, the villagers, together with international activists, protest against the illegal Israeli land theft and occupation. 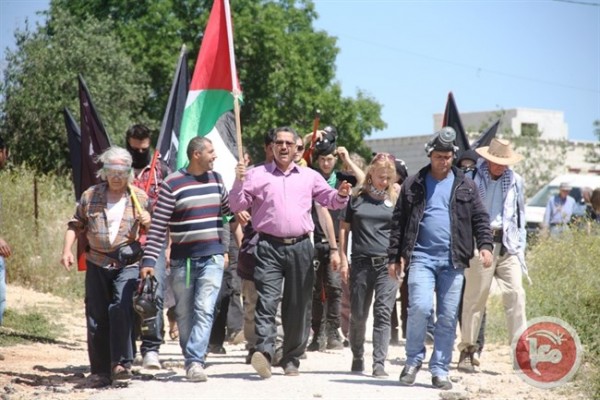 Israeli forces attacked the peaceful protestors with rubber-coated steel bullets, different tear gas canisters and stun grenades. Many trees in the village’s fields caught fire due to the falling tear gas. Recently, Israeli forces have returned to the use of dangerous, hard-tipped, potentially deadly long-range tear gas canisters against demonstrators throughout the occupied West Bank. It was one of this type of tear gas canisters that in April 2009 caused the death of Bassam Abu Rahme in Bi’lin, when Israeli forces shot him directly in the chest from close range. 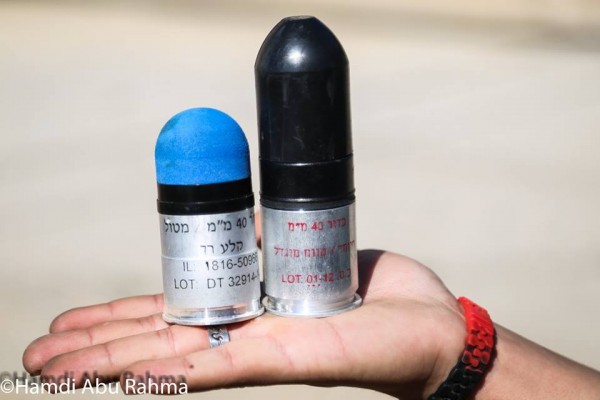 Children and residents in houses inside the village suffered the effects of excessive tear gas inhalation due the use of these long-range tear gas canisters, which automatically target  innocent civilians not even participating in the protest.