New
Home / Features / School shooting a near miss in Gaza

School shooting a near miss in Gaza

On the 2nd of March at 2pm, Israeli occupation forces fired into Beit Dajan School, located in Shijaia, near the annexation wall. 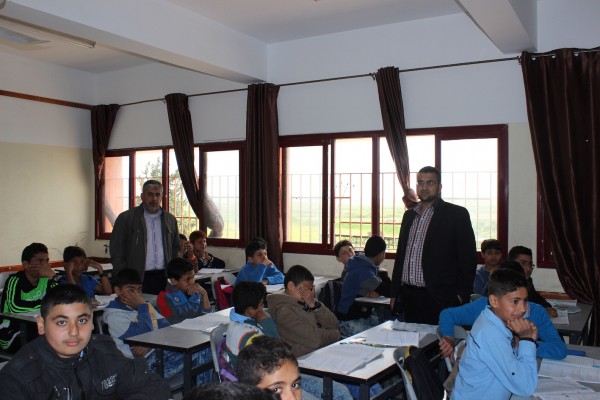 Bilal Abu Asser was giving a lesson to his students when a bullet passed just next to his head.  “Suddenly I heard a huge explosion, in that moment all the children started to scream, some started to run, others hid under the table, others were in shock… I tried to calm them down and went out from the class to see what had happened, as in the first moment I thought it had been a bomb outside the school. I met the head of the school who started to speak with me but I couldn’t hear anything because of the explosion. Then I returned to my class, where one of my students showed me the bullet on the ground. I tried to hide it from the other students and we moved into the laboratory, on the first floor”. 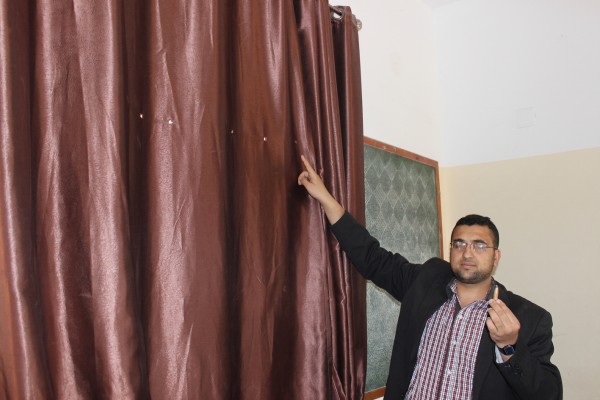 Since the day of the shooting, many children have become scared and are afraid of coming back to the school. Children come some days but not others; the attendance level is never constant. “Those kids live without any kind of security, neither economic nor physical. They can’t feel safe at home, they can’t feel safe at the school… the occupation doesn’t respect anything.”

Another teacher points out, “as you can see the bullet didn’t explode completely… if it had at least 10 children would be dead”. 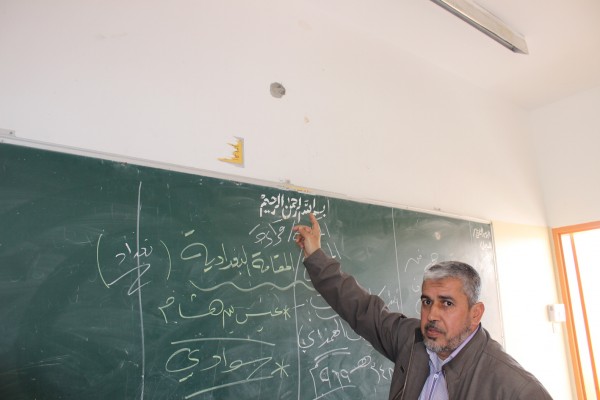 The head of the school points out where the bullet hit

The head of the school, Sami Khalil Radwan, says that they always hear the shooting against the farmers working near there, and that often they have to evacuate the school due to the tear gas that the occupation shoots directly against the school or next to it, but that it’s the first time that something like this has happened since the end of the war. 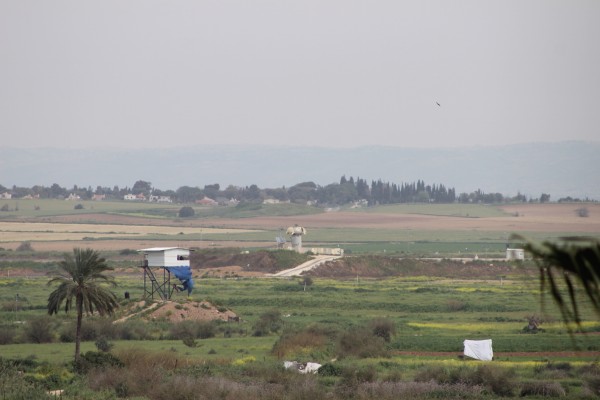 Turret from where the bullet might have been shot