On Saturday, 27th February 2016, as two ISM volunteers were walking on Prayer Road, right next to the illegal Kiryat Arba settlement in occupied al-Khalil (Hebron), they were attacked, threatened and insulted by settlers while Israeli forces were watching.

When the internationals were passing by, turning their backs toward a gate that is used as an entrance for the settlers and while looking the other direction over al-Khalil, the settlers immediately threw a stone at them. Shortly after, 2 or more settlers appeared at the fence and began yelling and cursing the volunteers in an extremely abusive and vulgar manner. When the international human rights defenders tried to engage, the settler became more abusive, one of them walked out of the gate, put his hand on a hand-gun he was wearing on his belt and openly threatened the internationals that he would not hesitate to use the gun on them. He repeatedly stated that he was going to shoot them, while another settler brought and unleashed a dog outside. 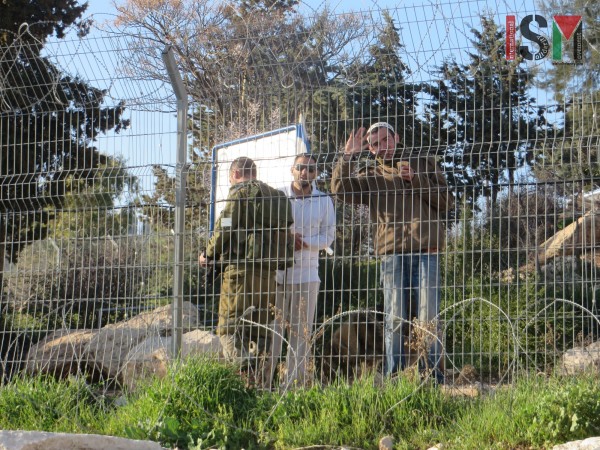 As the volunteers turned to return from where they had come from – the only option as Israeli forces were entirely ignoring the hate-speech and open threats to their lives and well-being by the settlers, an Israeli soldier with two cups of coffee walked out the same gate the settlers were using. When asked by the internationals why he did not intervene and stop the settler at any point, he claimed he hadn’t seen the stone-throwing. In contradiction to that, he then quietly said that the settler was not like most. 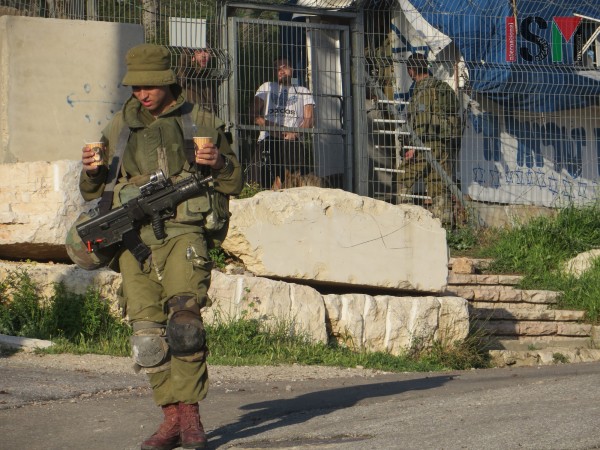 This clearly illustrates the impunity settlers enjoy in the occupied West Bank. Regardless of their actions, they are enjoying the full protection from the Israeli forces. Whereas for the international human rights defenders making official complaints with the Israeli police is at least a theoretical possibility, Palestinians making their way to the police station in the illegal settlement of Kiryat Arba have repeatedly been told by the civil police that they were not even taking complaints against settlers by Palestinians. The Palestinian families living in the direct vicinity of this illegal settlement thus are forced by the Israeli government to endure the harassment, intimidation, verbal and physical violence by settlers they are exposed to ona daily basis without any way of addressing this impunity.