On Wednesday 17th February at 8 am, around 30 farmers from the village of Khuzaa reached their lands near the border. They intended to clean them from weeds before the beginning of the harvest season. 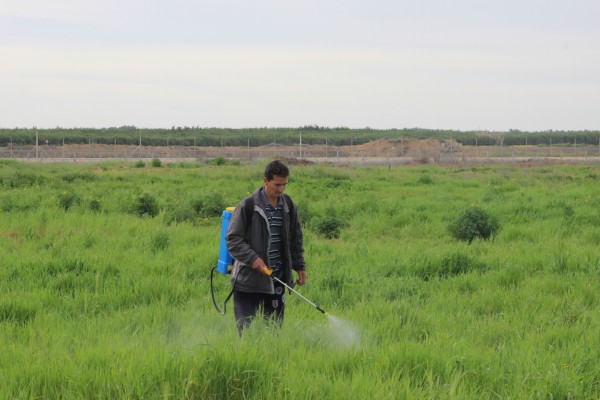 They could work peacefully for about an hour, just until an Israeli military jeep stopped in front of them and a group of soldiers came down from it. Immediately the soldiers leaned behind a mount, pointing their weapons towards the farmers, and everyone started to fear that someone could get shot. 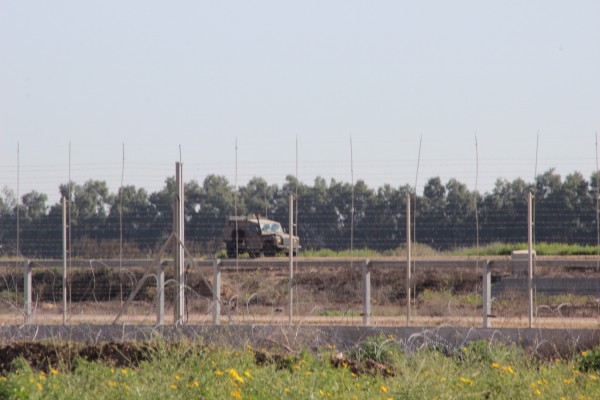 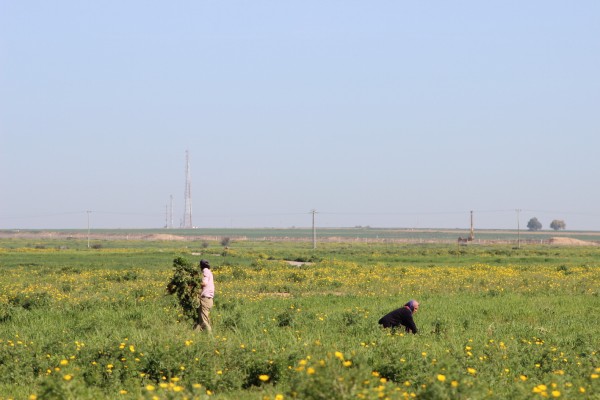 After around 20 minutes the soldiers returned to the jeep and left the place, so the farmers that stayed thought that they would be able to continue working in peace. 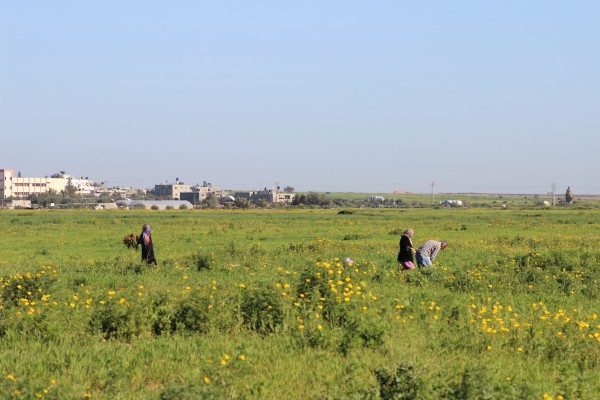 Unfortunately, after 30 minutes another jeep came and the same chain of events started again. At that point the farmers that were left got really afraid and decided to go home without finishing the work they planned to do in their own lands. 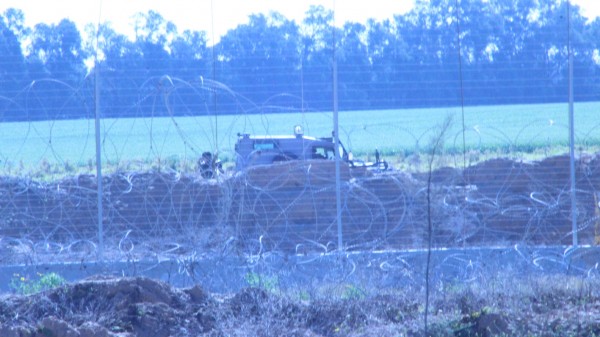 That was another small battle in that long struggle for the defence of the land that Palestinian farmers fight on a daily basis. As M.Q. (42) said to us, “that’s our land, here we are supposed to live and also to die… we will not give it up”.