On Sunday the 21st of February, the people of Hebron along with fellow activists gathered for part of a week long campaign against occupying Israel to show solidarity and oppose the closure of Shuhada Street to the Palestinian people.

Shuhada Street has been closed to Palestinians since 1994 after Baruch Goldstein, a zionist extremist, entered Ibrahimi Mosque and opened fire with a machine gun, killing 29 people and leaving 125 wounded. During this time the street has fallen into the occupiers hands and has later been renamed King David Street. The Palestinian people are no longer allowed to enter the street while illegal settlers inhabit the area. The closure of this once thriving Palestinian market is the reason Palestinians protest to this day.

At 11am the people of Hebron gathered around the entrance to Shuhada checkpoint. The campaign activities of the day started by erecting a solidarity tent and displaying pictures of the occupying forces brutal show of force towards the Palestinian people. Palestinians of the Tel Rumeida neighbourhood and the tiny strip of Shuhada Street that is still accessible for (some) Palestinians, have been protesting the closure of their neighbourhood since it was first declared a ‘closed military zone’ on 1st November. 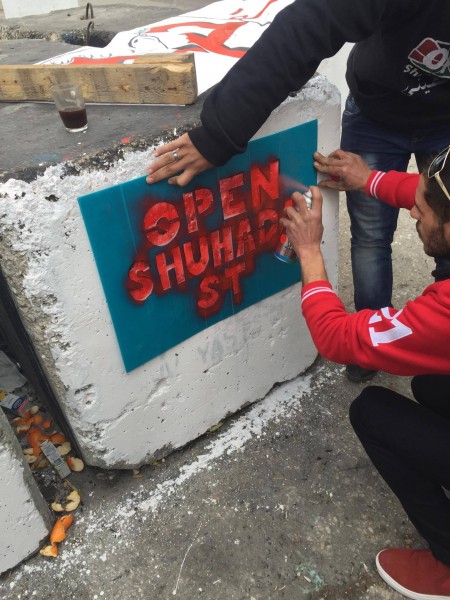 Within a few minutes of the pictures being erected an aggressive group of soldiers from the occupying Israeli forces made their way into the Palestinian area of H1. They began by forcefully pushing participants of the campaign back towards what they deemed a suitable distance and then further when they felt like displaying more military might. From here they barred anyone from getting any closer while they began to tear down the pictures that had been erected in solidarity with  those that have suffered under the illegal occupation.

This did not stop the people of Hebron as they continued with peaceful activities. Painting large canvas murals to show their solidarity and objection to the closure of Shuhada Street. 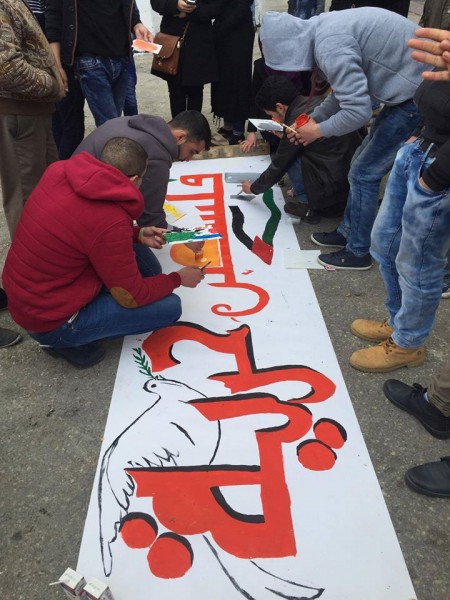 At around 2pm, young Palestinian children threw some pebbles at the soldiers who were behind the armoured checkpoint. Almost instantly the waiting occupying forces emerged, hurling stun grenades at children and innocent bystanders. After a while they began to shoot steel coated rubber bullets also. Using excessive force as is a classic trademark of the illegal occupying forces. 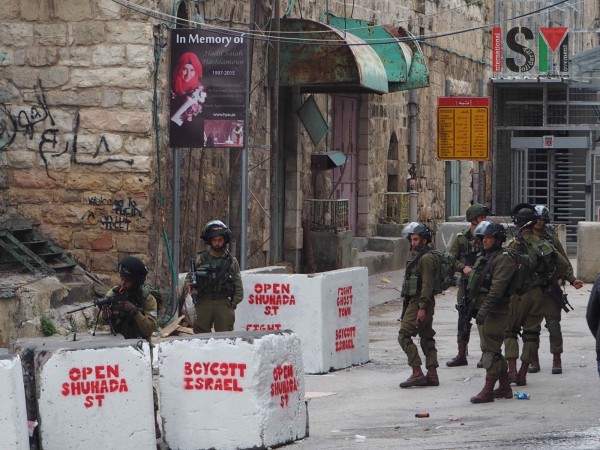 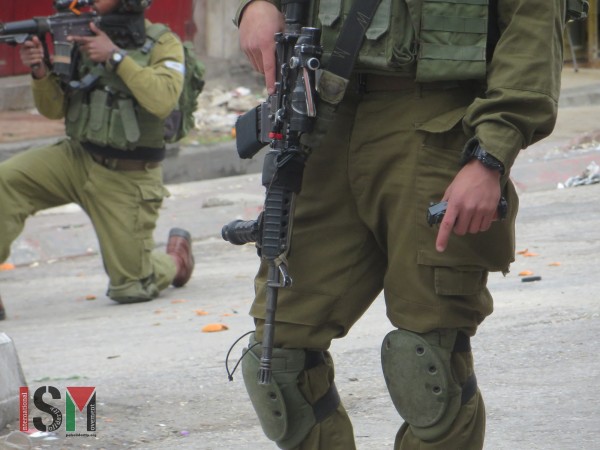 Tomorrow the people of Hebron will unite again to campaign against the occupation with more activities and more shows of defiance and opposition towards Israel, their illegal settlements and the closure of Shuhada Street. 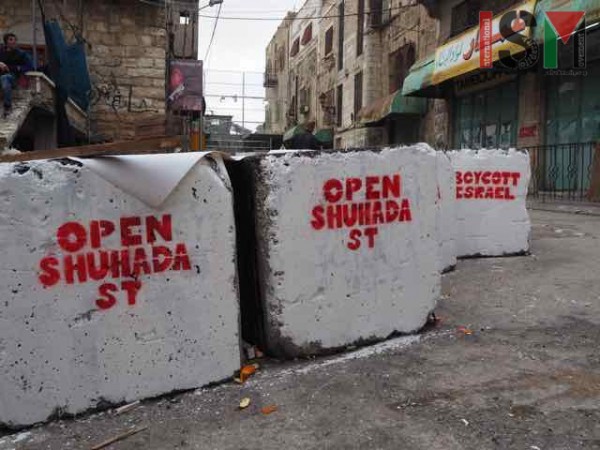