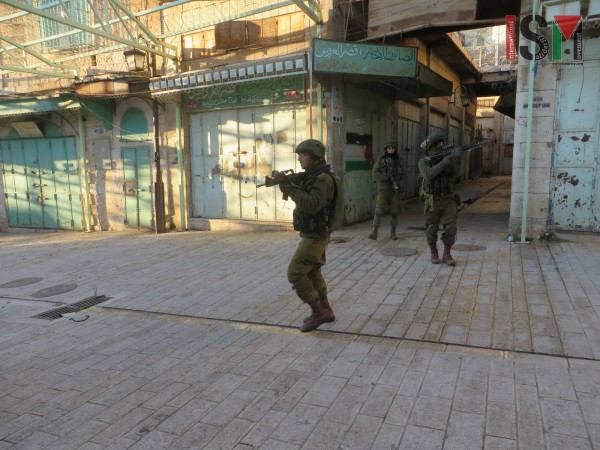 A group of soldiers marched through the souq, the main Palestinian market since the closure of Shuhada Street for Palestinians after the Ibrahimi mosque massacre in 1994. Any male adult or youth was stopped on their way to work and forced by the Israeli soldiers to lift up their shirts and trouser-pants, as well as throw their IDs on the ground. After throwing their IDs on the ground Israeli soldiers ordered the men to move back, so they could pick up the IDs from a ‘safe distance’. Most Palestinians were dismissed after this humiliating procedure, whereas some of them were detained for minutes or violently body-searched. 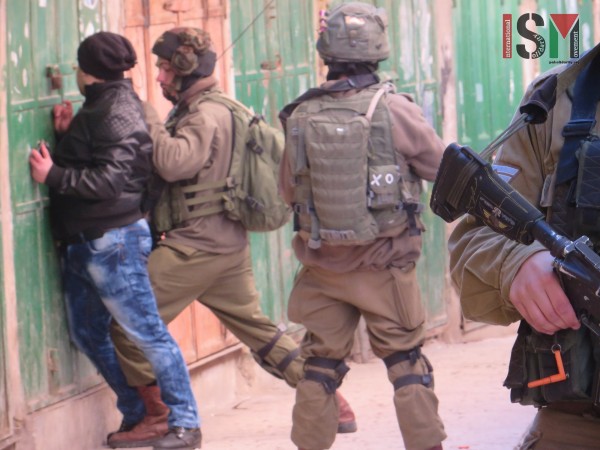 International human rights defenders documenting the Israeli forces violations of basic human rights of Palestinians, were intimidated and harassed by the Israeli soldiers in an attempt to prevent them from documenting. Soldiers took photos of the internationals with their private phones held right in the volunteers faces and as an initmidation tactic ID-checked them. 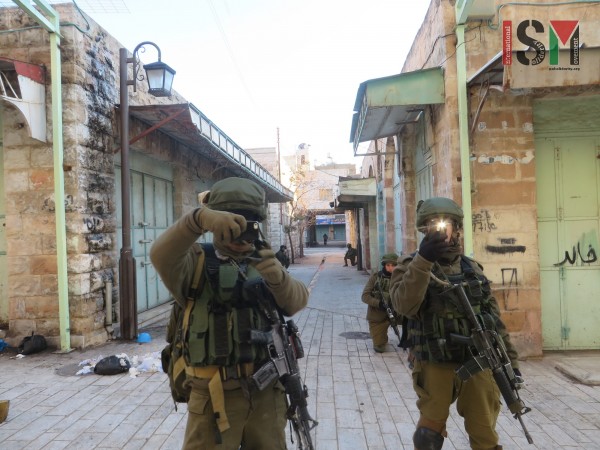 During the more than one hour patrol Israeli forces repeatedly pointed their assault rifles at the internationals as well as Palestinians. 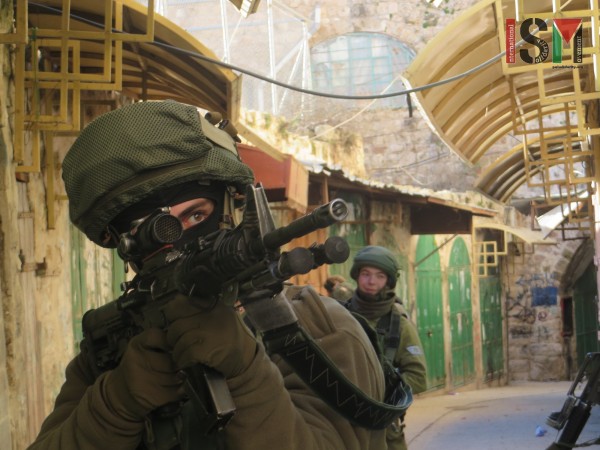 Israeli soldier ‘ordering’ Palestinians to stop by pointing his gun

Not only adults were surprised and shocked by the sudden presence of heavily-armed soldiers right outside their houses, but also children on their way to school and work. Some children, scared by the soldiers, turned around rightaway after spotting the soldiers and ran back home instead of continuing their way to school or kindergarten. International human rights defenders walked several scared children past the soldiers so they could safely reach their schools and kindergarten. 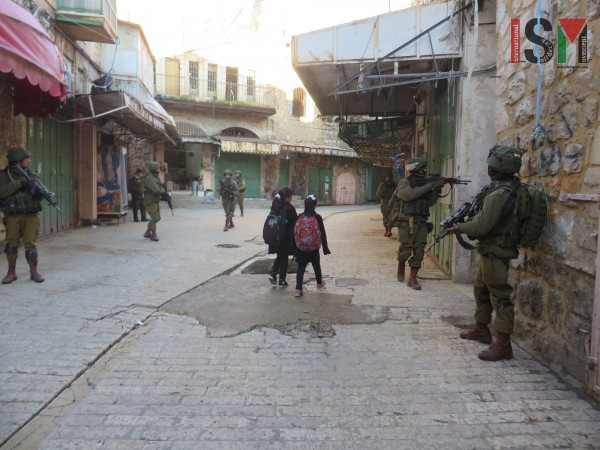 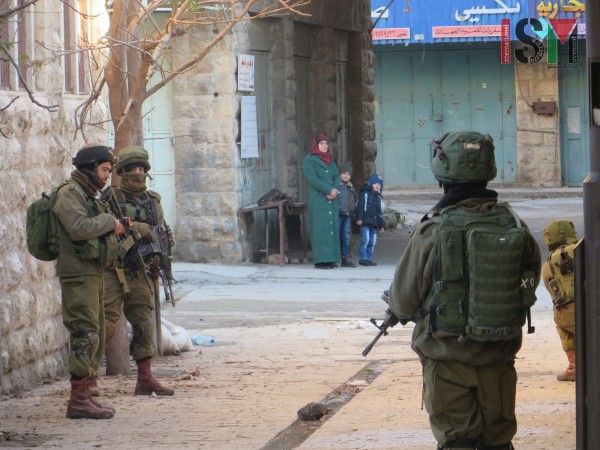