On Friday the 20th of February, protesters took to the streets of Bil’in for the 11th consecutive year to demonstrate against the apartheid wall. Palestinians and international activists came together in solidarity to unite against the annexation wall which provides shelter for the illegal settlement of Modin Ilit, built on what was once Bil’in farming land. In 2007 after 9 months of daily protesting, the Israeli court ruled that the wall be re-routed. After major delays only parts of the wall were re-routed. 9 years later the locals are still protesting for the rest of their land from the Israeli government. 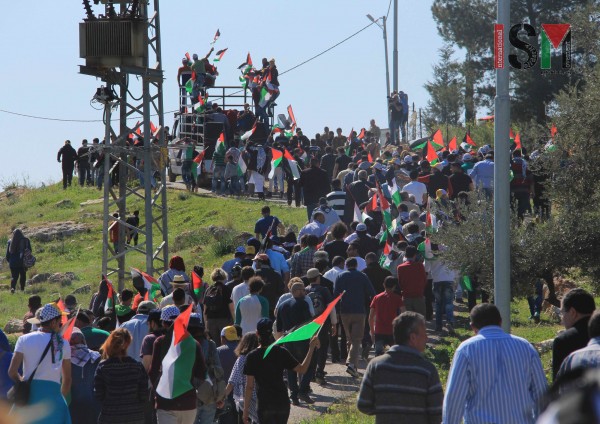 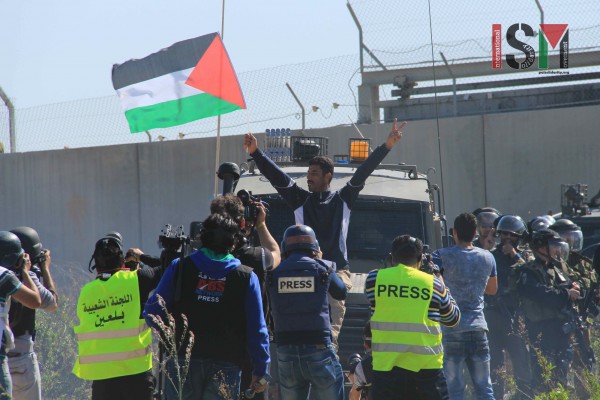 At 1pm the Palestinians and activists in solidarity with the Palestinian people took to the streets after prayer to peacefully march toward the apartheid wall. The march consisted of a truck leading the way with the rest of the march accompanying them on foot and singing songs of defiance. The march was met by an armed and ready Israeli army at the apartheid wall. Within minutes of the peaceful protesting stun grenades and tear gas were fired by Israeli forces. The crowd was set into panic and forced to run in all directions to escape heavy tear gas inhalation.

”We were just standing there when he was shot twice in the leg and then the tear gas canister flew straight by us!”, explains James, an ISM activist. 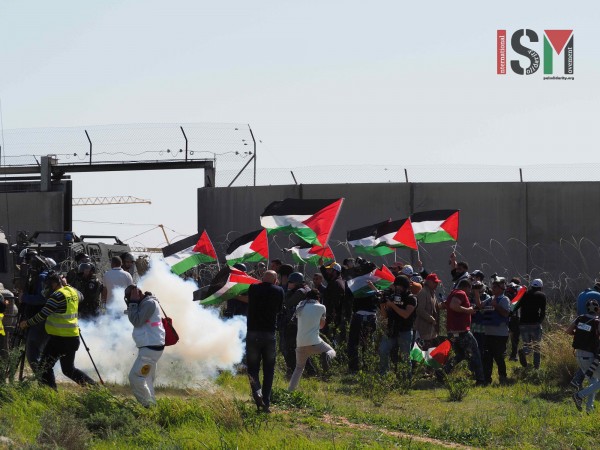 Some Palestinians hid and emerged again to throw stones in defiance. From this point on the Israeli army began using excessive force firing rubber coated steel bullets and much more tear gas directly at the Palestinians and fellow protesters.

”We were nowhere near the protest, standing at least 200 metres back and standing around the media vans when the tear gas cannisters landed all around us”, explains Michael, an ISM volunteer. 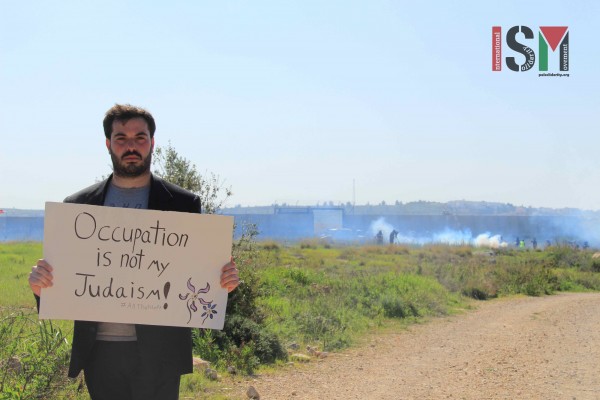 Israeli activist from ‘All That’s Left’ in opposition against occupation

What started as a peaceful protest quickly turned into what resembled a game for the Israeli army as they began to choose targets at random to fire steel coated rubber bullets and tear gas at. None the less the will of the Palestinian people remains and they will continue to march peacefully and in solidarity against the apartheid wall. 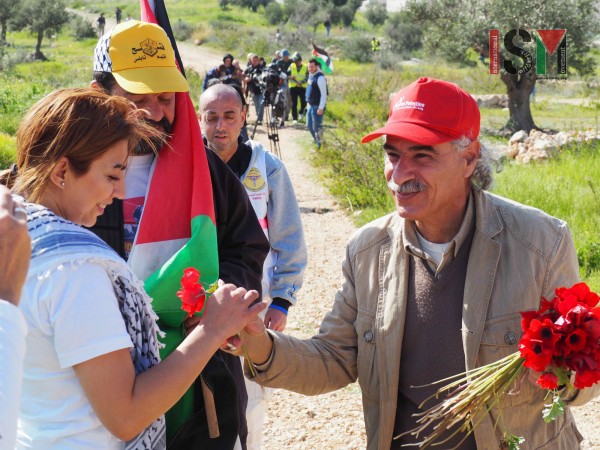