Palestinian families deeply concerned about the safety of their children

The three boys – Awne Abu Shamsiyye (16 years of age), Moataz Irfaiie (17 years of age) and Nizzar Salhab (16 years of age)- who were shot on their way home on the evening of the 1st of December have since then been harassed by Israeli forces and their families have been left in the dark about what kind of unlawful punishment will await their children.

Nizzar was shot in the upper thigh, lower torso and hip and a piece of the metal from the bullet penetrated his testicle. He was hospitalized in the Ahli hospital in Al-Khalil (Hebron) for five days and had to undergo two surgeries. The other two boys were hospitalized in Al-Khalil Alia hospital. Sixteen-year old Awne was shot by live ammunition in the sole of his foot, where the bullet exploded. He had to undergo two surgeries and stayed in the hospital for eights days. Moataz was shot in his calf and had to undergo one surgery. 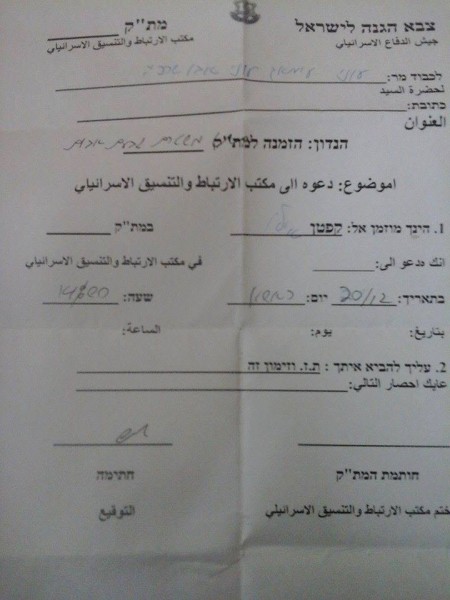 After being discharged from the hospitals, all three boys returned to their homes in Tel Rumeida, where they continue to undergo medical treatment. Shortly after all boys had been discharged, Israeli forces came to the homes of all three boys looking for them. The Israeli forces thoroughly searched Awne Abu Shamsiyye’s house and even the homes of his neighbors; Awne was luckily not around at that time. The Israeli forces returned following day at 2:00 am to search the house for Awne again and when they couldn’t find him they came back at noon to give the family a paper. The paper ordered the family to deliver Awne to the Israeli Civil Administration, the Israeli governing body that operates in the West Bank. The other two families also received a paper giving them a deadline to deliver their sons to the Israeli DCO (District Coordination Office) by Sunday the 20th of December 2015 at 2:00 pm.

On the 20th of December the three boys went to the Israeli DCO in Al-Khalil accompanied by their families and a lawyer provided by the Human Rights Defenders Group. After waiting around at the DCO the boys were told to go to the police station located in the illegal settlement Kiryat Arba in Al-Khalil (Hebron) instead. Upon arrival at the police station they were sent back to the Israeli DCO on the claim that it was the responsibility of the DCO to deal with the boys. The families refused to go back to the DCO the same day and the police took the phone numbers of the fathers of the three boys. The families were told that the commander would get in touch with the families the next day to inform them about the unknown fate that awaits the three boys. However, until now the commander hasn’t got in touch with any of the families. 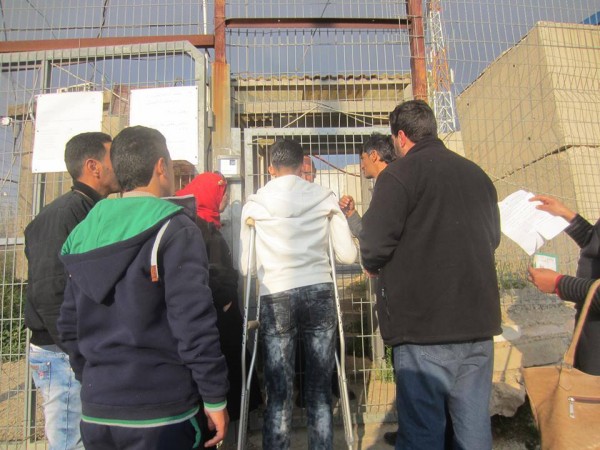 The families are deeply concerned about the safety of the boys and feel highly uncomfortable because the boys could be arrested, attacked or shot at any time. The boys are still under threat and need to be extremely careful when moving in their neighbourhood, which has been a ‘closed military zone’ since November 1st 2015. Earlier today, the 3rd of January 2015 the commander stopped the father of one of the boys, Imed Abu Shamsiyye and told him that if he saw Awne again he would shoot him. Not only is this a direct threat to the life of Awne, it also confirms the concerns voiced by the families about the safety of their children and their concerns that the Israeli forces would attack the boys “when nobody is watching”. Although Imed told the commander that the families had followed all of their orders and have proof thereof, it is only a matter of time until the Israeli forces will resort to yet another crime.