This Friday, on the 15th of January, hundreds of Palestinians gathered on the main street of Bethlehem to protest against the recent killing of Srour Ahmad Abu Srour, who was killed by Israeli forces in nearby Beit Jala last Wednesday. Israeli forces fired tear gas, rubber-coated metal bullets and live ammunition at the protesters.

On Wednesday afternoon, 21-year-old Srour Ahmad Abu Srour, origanally from Aida refugee camp, was killed during protests against the Israeli military invasion of the western part of Bethlehem, Beit Jala. Palestine news network reported that 4 Israeli army jeeps entered Beit Jala and set up a flying checkpoint and started raiding homes and shops on the busy Al-Sahl street in Beit Jala. Srour Ahmad Abu Srour was hit in his chest by a live bullet, and later succumbed at Beit Jala public hospital. The director of the Red Crescent ambulance and emergency crew in Bethlehem, Mohamed Awad, said that many young men were injured by rubber-coated metal bullets or by suffocation due to the large amount of tear gas fired during the protest.

Every day since the killing of Srour Ahmad Abu Srour, Palestinians from Bethlehem have marched the streets in protests of Israel’s ongoing violence. On this Friday demonstration Israeli forces entered the streets of Bethlehem and fired hundreds of tear gas canisters towards the protesters. Protesters, passersby and residents of the neighborhood were severely affected by the amount of tear gas that was fired. One passerby was taken away from the scene in an ambulance due to the excessive inhalation of tear gas. 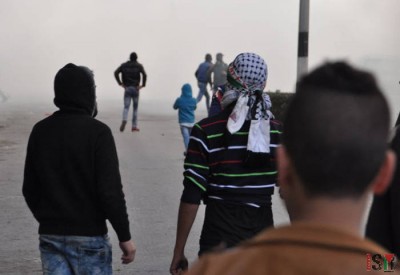 Tear gas on the streets of Bethlehem 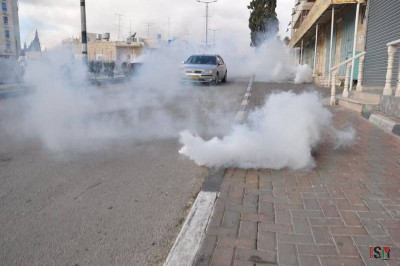 A private car is passing through the tear gas,fired by the Israeli soldiers.

2 injuries by rubber-coated metal bullets were reported, one of which was a journalist. One protester was shot in his lower leg with live ammunition, and was taken to hospital. 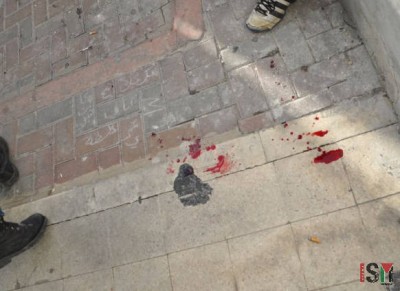 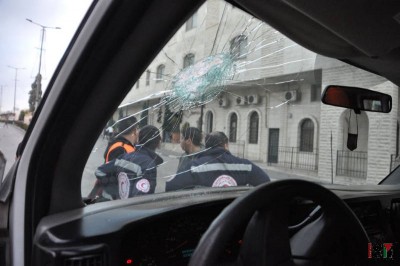 Medics standing in front of the ambulance with a broken windshield 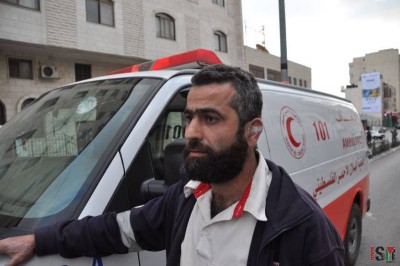 Injured medic with the broken windshield in the background.