New
Home / Features / Daily violence on the way to school

Daily violence on the way to school

On Sunday, 31st January 2016, Israeli forces fired large amounts of tear gas at school-children on their way to school in occupied al-Khalil (Hebron). 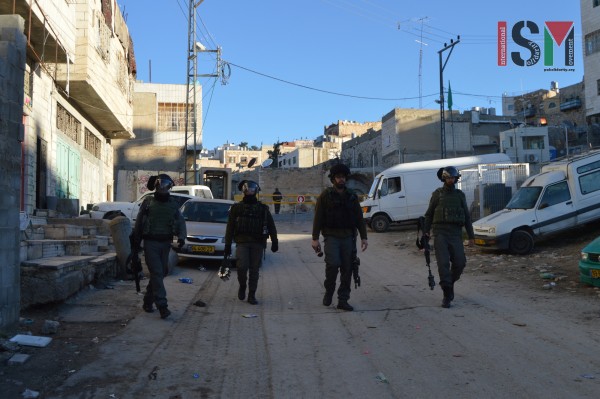 In the early morning, as children were walking to their schools located past the Salaymeh checkpoint, three school-boys picked up some small stones and tossed them in the direction of the checkpoint. The children are forced to go through this checkpoint on their daily walk to school, and are often subjected to body-searches, bag-searches and random detentions by Israeli forces. 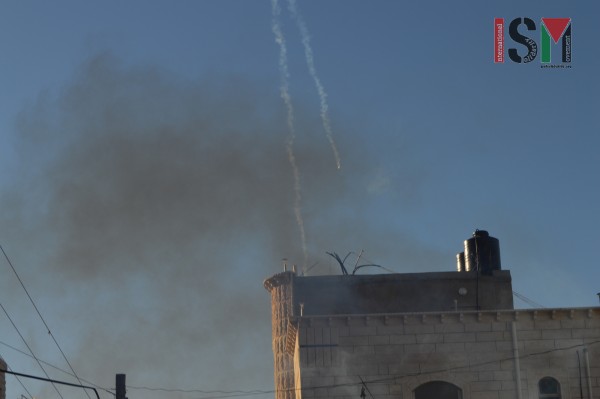 Even though the soldiers were standing safely behind a fence, one of the soldiers immediately picked up a stone throwing it back at the children. After a while, the soldiers crossed the checkpoint and started shooting tear gas at the children. They were shooting both tear gas grenades and tear gas canisters in rapid succession at the same time. Israeli soldiers forced two international human rights defenders to move away from them in order to stop them from documenting, thus forcing them to move into the clouds of tear gas lingering outside the schools.

Despite only three boys were throwing stones, Israeli forces attacked the whole neighbourhood with more than a dozen tear gas grenades and canisters. This is clearly unproportional and a form of collective punishment, aimed not at anyone in specific, but instead affecting all the students and residents in the neighbourhood. Teachers tried to bring the children, who were coughing badly, to safety inside the school-building, but were tear-gassed even there as soldiers were shooting tear gas directly into the school-yards. 4 tear gas canisters landed straight in the Khadiga school yard, while 6 more were shot into the Hebron school yard. As teachers were calling ambulances, the majority of the children went back home in order to escape from the noxious tear gas. 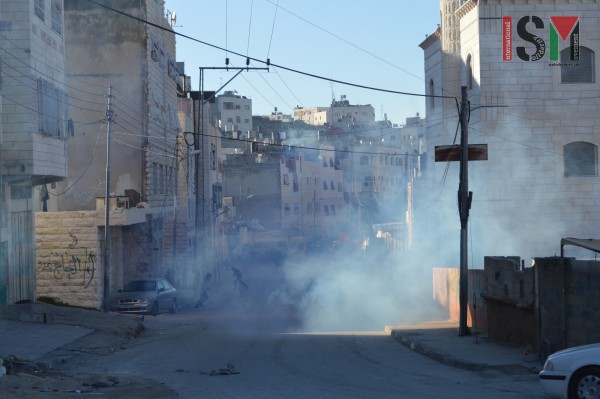 In the afternoon, the few children that were left at the school were forced to have their bags searched by heavily-armed Israeli forces on their way home.

This is not a uncommon occurrence on the regular way to school for Palestinian children in occupied al-Khalil. Children are often facing tear gas, stun grenades and violence from Israeli soldiers. The right to education for Palestinian children in this environment is not guaranteed and often schools are forced to close early due to violence. While passing the checkpoint, many children are accompanied by their parents or elder siblings since they are afraid of the heavily-armed Israeli forces and some of them run past the checkpoint quickly to escape from anticipated intimidation and harassment. 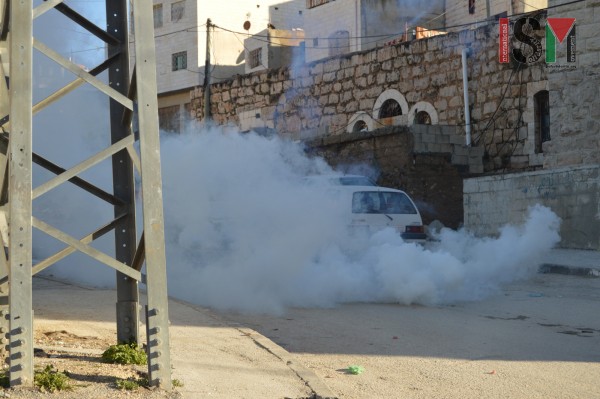 Tear gas cloud on the way to school