New
Home / Features / The long journey, for a Palestinian, to get a permit for medical appointments in Israel

The long journey, for a Palestinian, to get a permit for medical appointments in Israel

It can be complicated to be a medical patient in Palestine. It is especially complicated when Palestinians need to have treatment in Israeli hospitals without having permission to travel freely to Israel. The army/DCO can basically give a death penalty when they deny patients travel permits to go for necessary treatment. 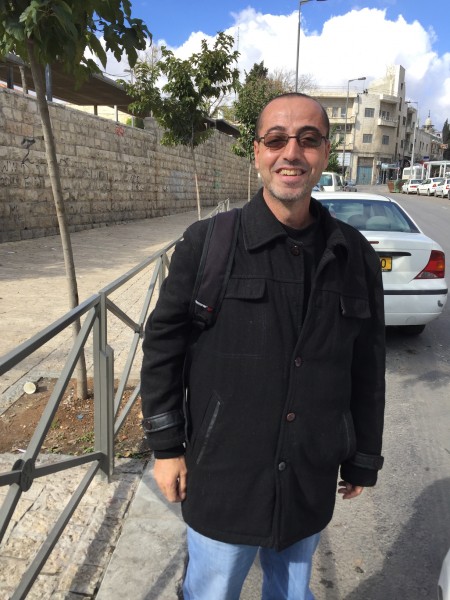 Maher has been fighting cancer for 5 years

Maher Falih, a 48 years-old Palestinian from Zawata, near Nablus had an appointment yesterday to go to a hospital in Israel. He has been struggling with cancer for 5 years. Part of that time he went through chemotherapy and radiation treatment in an Israeli hospital, because hospitals in Palestine didn’t have enough expertise to help his situation. It is not out of kindness though, that Israelis have the responsibility of providing health services to those who are occupied, it is a way of controlling.  Now Maher has finished his cancer treatment, but he still needs to see his doctor to follow the recovery process. For the last 5 months Maher has been having a lot of trouble getting permission to cross the checkpoints, so he often can’t attend his doctors’ appointments in Israel.

The process to obtain a permission is long and complicated. First, the Israeli hospital to which he has to go  must give him, each time, an appointment for the next time. He then has to contact the DCO (District Coordination Offices) to ask for permission on that date. At the moment the DCO refuses to give him the needed paperwork, arguing that since he is no longer suffering from a life-threatening disease, there is no reason for him to go to the hospital.

Yesterday, unfortunately during his last appointment, the doctors found a problem and decided to operate right away, which proves how much he still needs these follow up appointments in the hospital. The Israelis have so much power over life and death for the Palestinian people. For Maher, this was a threat to his life, and could have been a death sentence in the end. Palestinian people are dependent of what the DCO and the army wants, not what specialists want, and the power is in the hands of people who don’t know what they are doing. 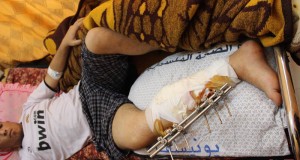 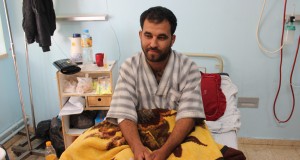 In Gaza, another farmer shot by a sniper for working his land