The neighbourhood’s access to the main street has been blocked off with an iron gate for a long time already. Recently, a group of about twenty soldiers arrived to the neighbourhood to further limit the freedom of movement of the Palestinian residents. 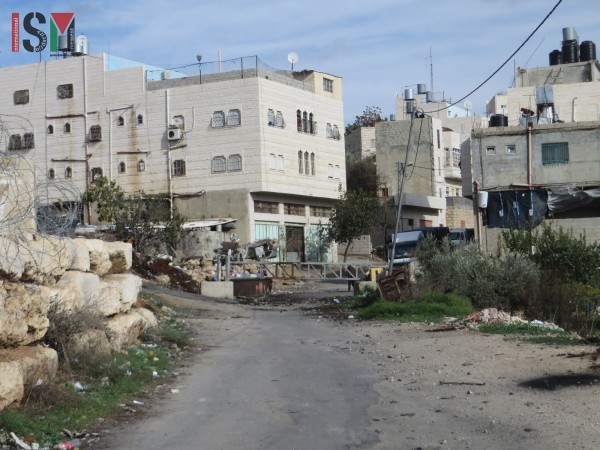 One resident, a journalist documenting the soldiers putting the new roadblocks that completely barr any access to about 200-300 people living there, was detained by the soldiers for over an hour. Soldiers attempted to stop him from filming this measure of collective punishment, a clear infringement on the freedom of press. In order to reach the main road or leave their houses, people living behind the wall are now forced to walk all the way around and will thus need at least ten minutes more to reach the military gate that is already blocking their entrance. 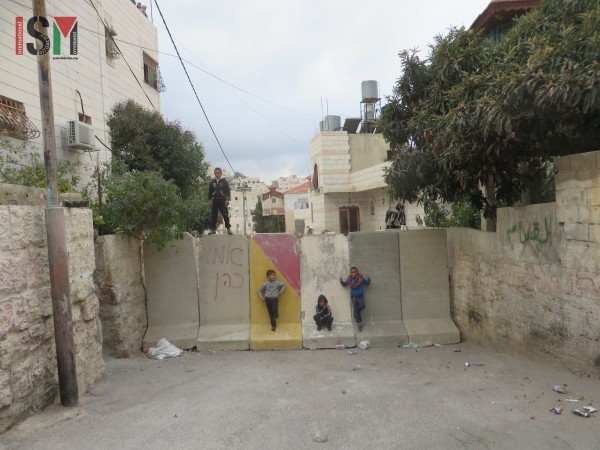 Children playing on the newly erected wall blocking off the neighbourhood

Watch a video of soldiers installing this new wall:

Additionally, soldiers have commanded the roof of a private family home for military purposes and have erected a small military base there. A group of six soldiers is permanently stationed on the family home and “they slept on the roof”, as a school-boy explained. 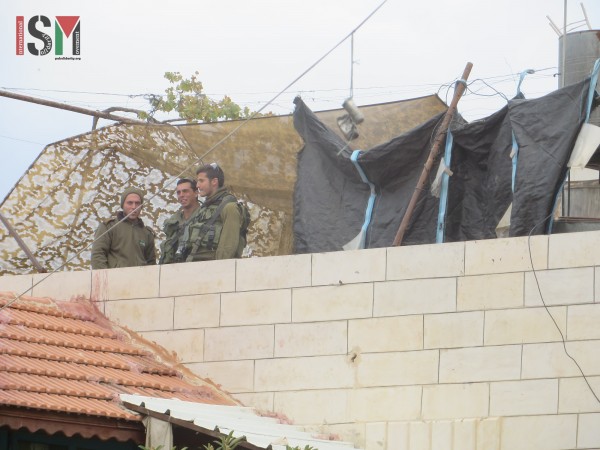 The al-Hareka neighbourhood is bordering the illegal settlement of Kiryat Arba, and thus is often the target of harassment and violence both from the Israeli forces as well as the settlers – often under the protection of the soldiers.

This is yet another measure to intensify the efforts to restrict – or completely stop – Palestinian freedom of movement. Such collective punishment measures have sky-rocketed in the recent weeks and months in occupied al-Khalil, and add to the increasing efforts to further exacerbate everyday life for Palestinians and eventually make them disappear completely.