On November the 24th at approximately 10 am, fifteen masked settlers from the Yitzhar settlement near Burin, south of Nablus, rushed toward an olive field where four Palestinians and two internationals were harvesting.

Twenty minutes earlier, the Yitzhar security car, which is usually driven by the head of the settlement security Isaak Levy, was parked on the hilltop from which the fields could be observed. During the next twenty minutes, more settlers gathered on the hilltop and then ran, still in the presence of the settlement security, towards the field, causing Palestinians and internationals to gather olives, tarps and ladders and flee. 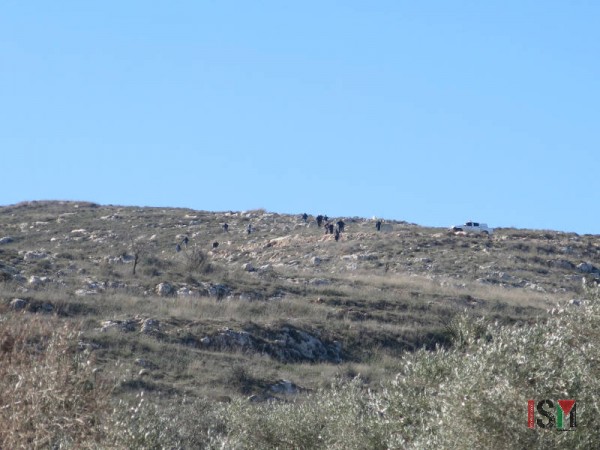 15 masked settlers attacking olive field in the presence of the settlement security .

Further down the hill, another farmer reported that he could see the settlers uphill breaking off branches from the trees and starting a fire, but Israeli forces prevented the farmers from reentering the field, claiming that the permit for entering the field to harvest was not valid until Saturday. 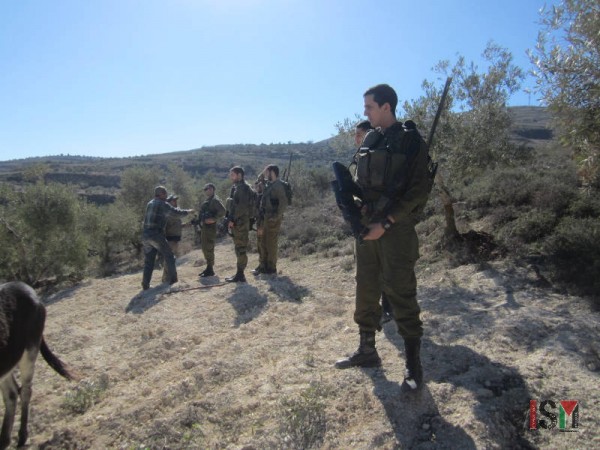 The olive field was also attacked earlier this month, on November 2nd, when settlers entered the land and started a fire on the grass next to the olive fields. As in virtually all cases, the settlers committed the crime without being held accountable.

On a neighboring field, five masked settlers from the illegal Yitzhar settlement on October 31st attacked the olive field in the presence of both Israeli forces and Levy.

Levy’s presence has been noticed on numerous occasions just prior to and during violent settler attacks on internationals and Palestinians. 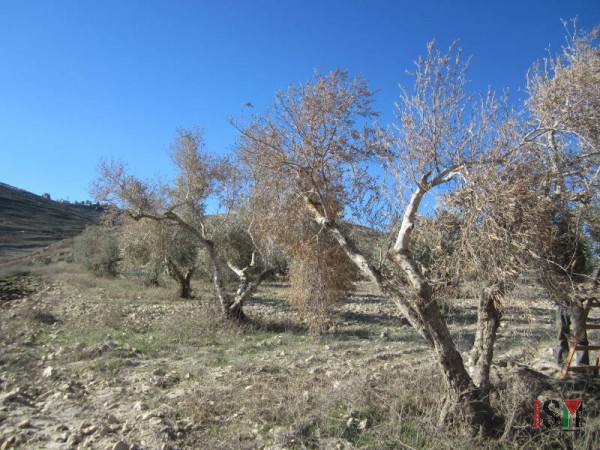 Trees burned in the fire ignited by settlers on November 2nd.