In Qaitun, a Palestinian Neighborhood of Hebron, situated in Oslo-defined Area H2, Israel has the authority for administrative and security control.

Israeli administrative control results in Apartheid:  Palestinians will never get permission for doing anything, as building, extending or repairing their houses, and all other sort of things. Israeli citizens  get permission for almost everything they want in occuppied Hebron H2. 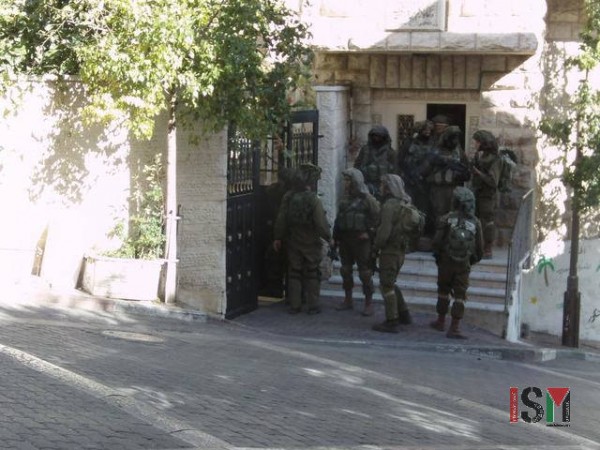 Israeli security control results in the abuse of many human rights including extrajudicial executions and using the Palestinian neighborhoods for military training – as today.

Three teams of  at least seventeen soldiers each, invaded several Palestinian homes on a random basis, and detaining the family. They went inside the house to the rooftop and tried observation and shooing possiblities from there. After some 15 minutes they went down again for raiding another home. 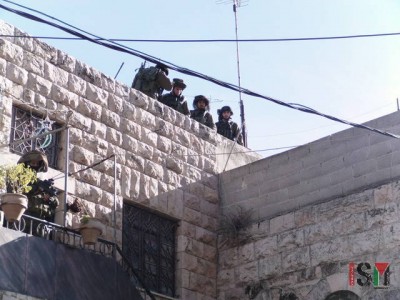 Most of these soldiers looked very young as  if they were  barely out of high  school. They were heavily armed and many appeared to be nervous.  This could have led to an extremely dangerous risk to Palestinians and anyone else near their training exercise. 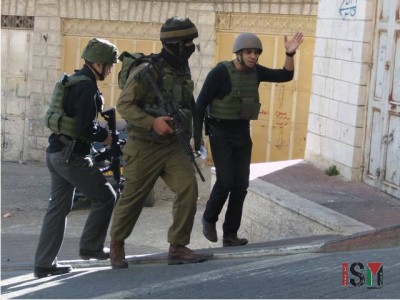 A trainer, sided by a personal bodyguard, instructed them how to invade houses and do other military things  as stopping civilians and cars in this Palestinian neighborhood.

In the three hour training they invaded more than 20 homes.

Some young soldiers in these group had US-army helmets, which indicates that they might have arrived from the US for this training and serving the Israeli army.