in Features, Hebron, In the Media, Press Releases, Reports October 19, 2015

The Hebron (Al Khalil) neighbourhood of Wadi Alhussein is tonight, Sunday 18th October, under siege as armed settlers rampage through the streets with support of the Israeli forces. International human rights activists are currently standing in solidarity in the home of the Daana Family who have already suffered several physical attacks in the past few days.

As of 9.40pm, three people have been injured in the Daana house, including one young child, due to attack by fire bomb, and ambulances are being prevented from delivering aid. Tear gas has been fired extensively between Palestinian houses and many stun grenades have been used in the area. The situation is anticipated to escalate overnight as settlers from the adjacent illegal settlement of Kiryat Arba are continuing to gather around Palestinian family homes.

Hebron (Al Khalil)  has been in a state of borderline lockdown by Israeli forces for over 24 hours now, following the murder of Palestinian 18 year old Fadel Al-Kawasmeh by illegal settlers on Shuhada street yesterday morning. Following this Bayan Ahmad Aseeleh, 16, was shot by Israeli forces outside the Ibrahimi Mosque on allegations that she attempted to stab a soldier. Settlers were then witnessed dancing on the site of a third shooting and lying in front of the ambulance carrying Tarek Al-Natsheh who died soon after.

Immediately following this, a group of approximately 200 settlers tore down the fence between the Kiryat Arba settlement and the H2 neighbourood of Wadi Alhussein, throwing stones and fire bombs at Palestinian houses. Ten Palestinians were injured in the attack, including 13 year old Abdullah Nasser Dana, who was hit in the chest with a molotov cocktail, and Basil Khaled Dana, 16, who was hit in the ankle with a stone while helping Abdullah. 25 year old Emid Sayeed Dana, who was hit with a stone on the wrist, said earlier today ‘I think they will come again tonight.’ An unidentified Palestinian was also shot with live ammunition by a settler.

Dezeray, an international activist from the US who has been living in Hebron, is currently in the Daana house. She stated: ‘this situation is an absolute violation of peoples’ basic rights. The Daana family are just one example of daily life for Palestinians and the escalating settler violence of the past few weeks.’

Italian human rights defender Orion added, ‘Israel must be held accountable for soldiers’ extrajudicial attacks on Palestinians, as well as their support of settlers’ arbetrary attacks on innocent Palestinian families.’

The Daana family have been victim to attacks by illegal Kiryat Arbar settlers in the past, including a 2008 fire bombing of the house. In 2003 they were detained in their home for a week, with food being delivered by the Palestinian Red Crescent Society. They have also had 5 horses poisoned by settlers in the past 10 years.

Nine families are living in the house, with 50 people, the majority of which are women and children. 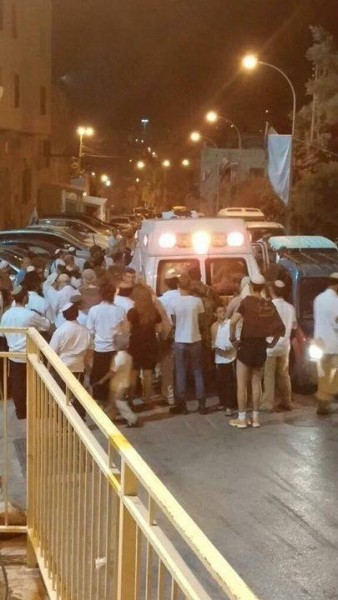