The morning of October 26th, four high-risk locations near schools in Hebron were monitored by international human rights workers, and all four saw incidents of violence to Palestinians and internationals at the hands of Israeli forces and illegal settlers.

At the Qurtuba school location, two international observers were denied their legal right to stand ten meters from the checkpoint while counting children passing and recording any incidents. A police officer demanded both passports, copied down some information onto paper, and angrily barked orders for one observer to give his name. The international was confused, as the officer was holding his government identification, until it became clear he was attempting to read it right-to-left, as though it were Hebrew. The internationals retreated, but then soon decided to observe from the top of a stairwell for which they were previously given permission. Illegal settler and frequent violent offender Anat Cohen came out of adjacent Beit Hadassah illegal settlement, screaming and charging at the observers, then striking one observer with a closed fist in the back of the head. Six soldiers standing five feet from her made no attempt to prevent the assault or intervene after the fact, and the observers continued up the stairs while Anat continued screaming obscenities. 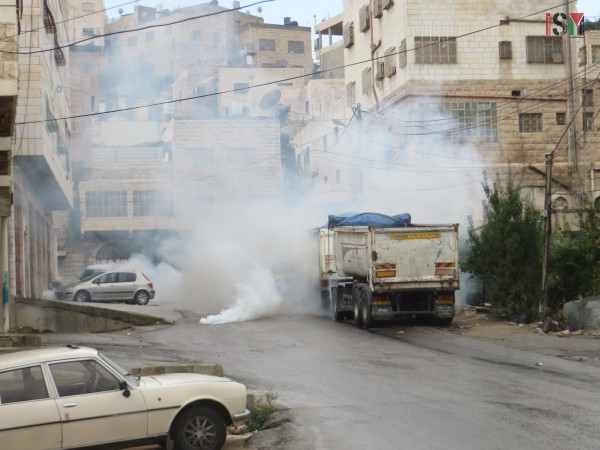 Today at the Salaymeh checkpoint, through which children pass to attend three different schools, two international observers witnessed soldiers provoking the children on their way school by pretending to shoot at them. Israeli forces opened fire with rounds of tear gas at children gathered in this dense urban area, where the buildings are tall and close together, and there is nowhere to quickly escape the thick clouds of CN particles. Suddenly, two soldiers charged toward a cluster of children and fired tear-gas again, at 20 meters, dangerously close range.  In total more than thirteen tear gas canisters were shot over approximately fifty children. A settler was watching the scene, visibly enjoying it and photographing the pupils and internationals. 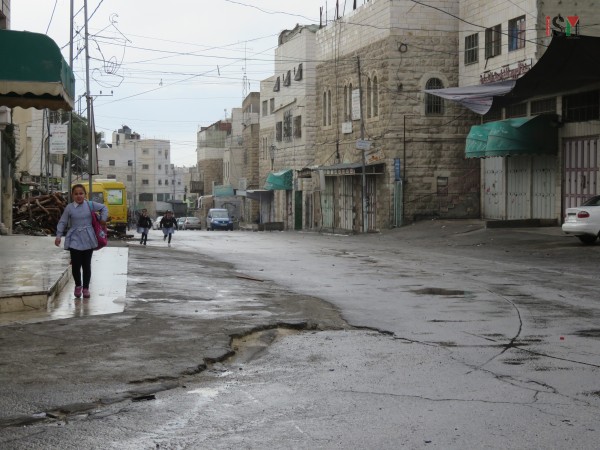 The Al Faihaa Basic School is situated at the end of Shuhada street. This morning, two internationals who were stationed there, along with a caretaker who lives at the school stood in front of the gates, hurrying the girls into the school-grounds, watching for fast passing illegal settler vehicles, and accompanying the girls across the road. He explained that lately, teachers and school officials have been particularly worried that a student will be attacked or kidnapped on the way to school in light of recent settler violence. Tear-gas fired on children at nearby Salaymeh and Queitun checkpoints entered Faihaa school through the windows around 8am, during the morning assembly. Teachers hurried to close the windows to protect themselves and the children against it, but one teacher called to say she would be absent from school as she had to be rushed to hospital for teargas exposure, and another who was in attendance had to be administered an oxygen mask due to excessive teargas inhalation sustained on the way to and within the school yard. The school was closed at 9.30 due to teargas, and it was later reported from teachers in the school that 3 girls had been attacked on the way to school. An illegal settler attempted to run one over, a second had stones thrown at her by settler children, and a third was grabbed by the neck by settlers and threatened before being released. 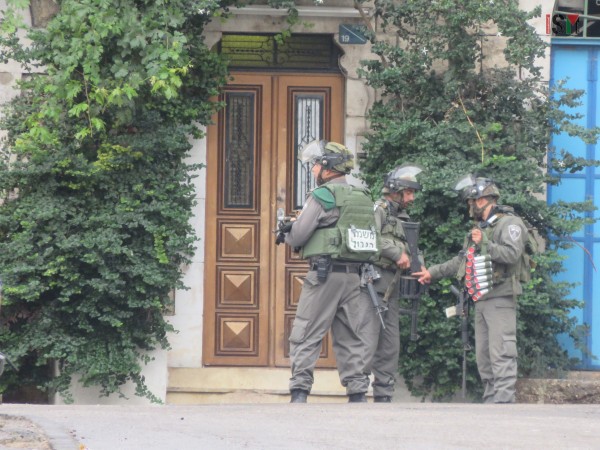 Israeli forces right about to shoot tear gas at school-children

In the streets surrounding the Salymeh and Queitun checkpoints, over 30 youth, whose schools had already been closed due to excessive teargas in the area, were chanting and approaching the checkpoint. Israeli Forces shot at least 24 rounds of teargas at the youth, and clashes lasted until at least 9:15AM. An ambulance and several cars had to drive through the teargas. It was reported that approximately 50 children had already been taken to the hospital that morning due to teargas related medical issues. 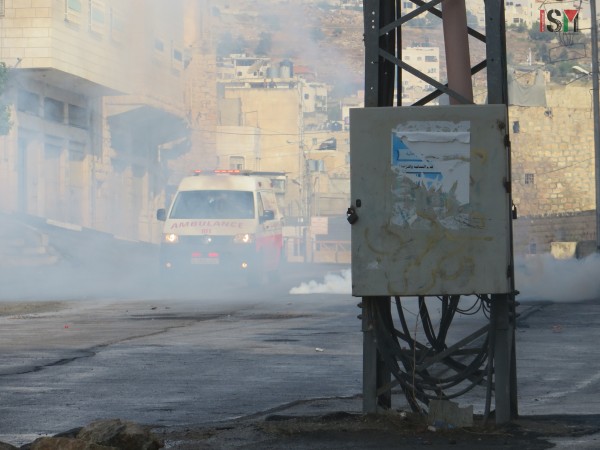 Palestinian ambulance forced to go through clouds of tear gas