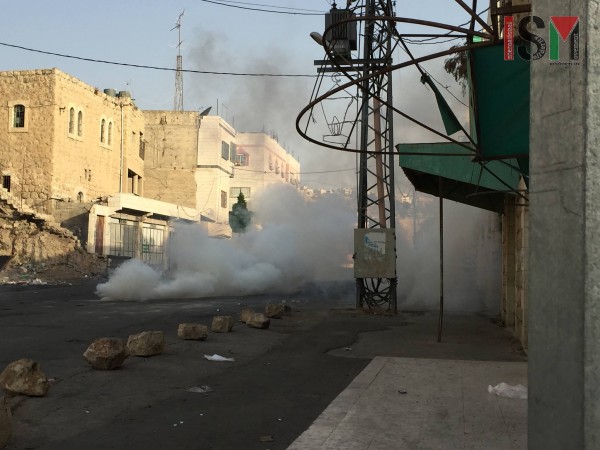 Monday morning, October 12th, 2015 Israeli forces pummeled Palestinian children going to school near Salimeh & Queitun checkpoints in Hebron with a total of 19 rounds of tear-gas and one stun grenade fired. The onslaught began at 7:41 am when a crowd of children could be heard playing noisily in the street near several primary schools. Suddenly their laughter turned to screams and the sound of running and gunfire as the first canisters were shot and could be seen flying over the crowd with their white streams of gas. The children scattered, many towards an adjacent street near Queitun checkpoint, where they milled around or walked back and forth, joking with each other in between being attacked with a total of 14 more canisters on that side and 3 more on the side where the first shot was fired. Israeli forces went so far as to fire at least one shot directly into an enclosed school yard where two children, ages 11 and 14, were injured to the point of requiring treatment by ambulance. Teachers and school administrators on the scene report that this is a near-daily occurrence, which is echoed by the number of children who exhibited the normal physical symptoms of exposure to tear-gas, but appeared undeterred from their daily business as though hardened soldiers. Of course they are not soldiers at all, but mostly pubescent and pre-pubescent children who are being displaced from any normal sense of peace and from their natural role as students by constant threats to their lives and safety. For these Palestinian youths, childhood is another of many precious things being stolen, occupied, or destroyed by Israeli Forces and the Zionist government.

Within the last week, use of tear-gas in attacks on children on their routes to school has sharply increased in Hebron, spiking so far at a blistering 35 total canisters and/or grenades shot at children within a few hours in a tiny area heavily populated with schools. It is illegal and dangerous to shoot tear gas into an enclosed schoolyard, and this incident is just one example of a recent trend in brutality against Palestinians that includes fraudulent arrests, intense harassment, beatings, chemical weapons, murder, or all of the above, but does not include any recourse for Palestinians victimized by these forms of violence, or any consequence whatsoever for its perpetrators. 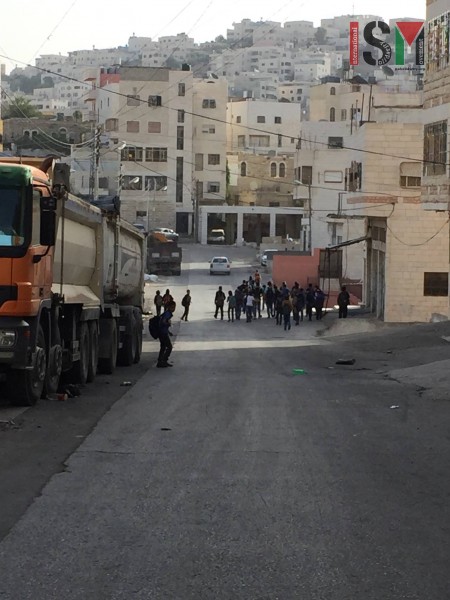 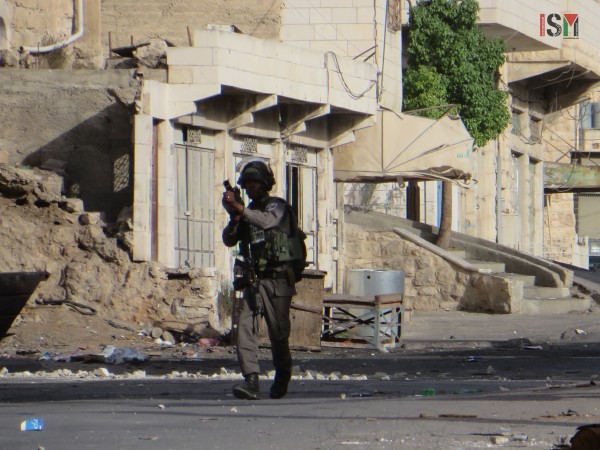