Today, 23rd September 2015, thousands of mourners gathered for the funeral of murdered teenager Hadil Salah Hashlamoun. The teenager was brutally gunned down in cold blood by an Israeli soldier at a military check point. 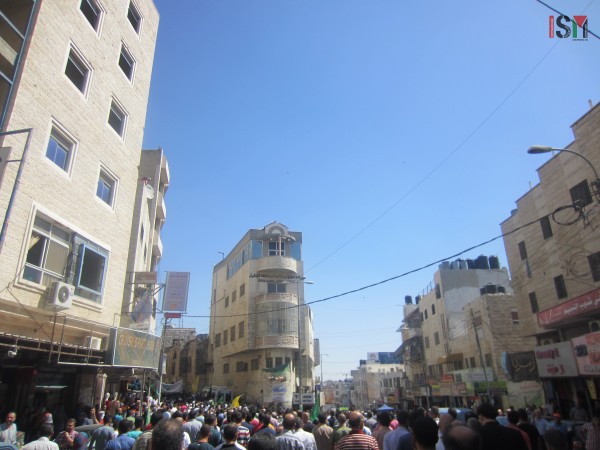 Mourners on their way to the cemetry

Tensions were high as Hadil’s body was taken from Al Hussein Mosque, through the streets of al-Khalil. Thousands paid their respects to the fallen martyr, and joined her final journey as she was taken to her final resting place.

The promising student who had been passing peacefully through a checkpoint early on Tuesday morning is believed to have been shot several times. Eye witnesses state that an Israeli soldier approached her and began shouting at her in Hebrew, which she was unable to understand, it is at this point that she was shot dead.

The teenagers funeral passed off peacefully, as per the wishes of her devastated family. After the funeral, a demonstration was organised later in the day at Bab iz-Zawwiya and attacked by occupying Israeli military firing hundreds of stun-grenades, tear gas and rubber coated steel bullets into the crowd. Several injuries were reported. 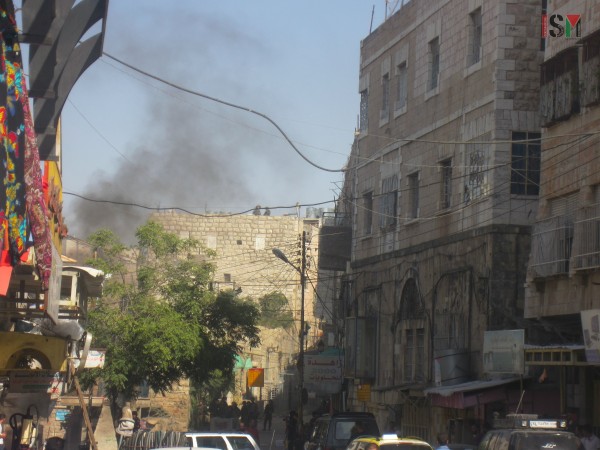