Italian activist arrested and beaten up in occupied Palestine

Update 31-08-2015 20:00: Vittorio Feras court this morning again did not take any final decisions. It was ruled to release him on a 3000 shekel bill under the condition that he stay in Jerusalem and not leave the country until yet another court date on September 8. Even though the bail has already been paid at noon, Israeli forces kept delaying Vittorios release under different pretences. Only at 8 pm was he finally released from prison.

Italian activist Vittorio Fera was violently arrested and beaten by soldiers at weekly demonstration in Nabi Saleh in occupied Palestine. The Italian activist, 31-year old Vittorio Fera, is falsely accused of throwing stones and attacking soldiers. His case will be taken to court the second time Monday 31st August between 9 and 11 am. 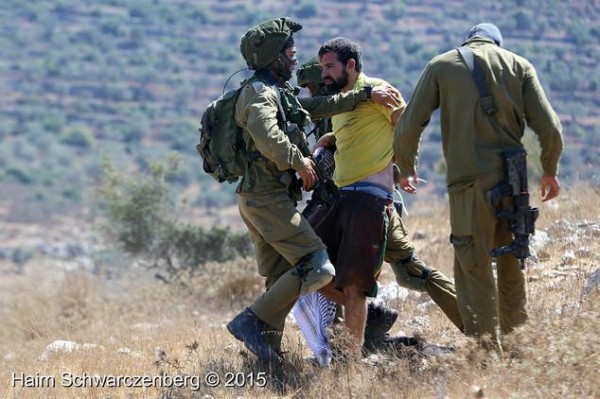 During a weekly demonstration in Nabi Saleh Israeli soldiers randomly arrested two protesters: one 18-year old Palestinian youth and the Italian activist Vittorio Fera. Fera went to the protest to document human rights violations by the Israeli army against Palestinians and became a victim of military violence himself.

While documenting an Israeli soldier strangling a 12-year old boy, Vittorio and the other activists were ambushed by Israeli forces. Vittorio was separated from the group and violently shoved to the ground. “We were shocked to see the boy being choked by a soldier, when suddenly soldiers came running at us and attacked Vittorio”, Josephine from Denmark explains. 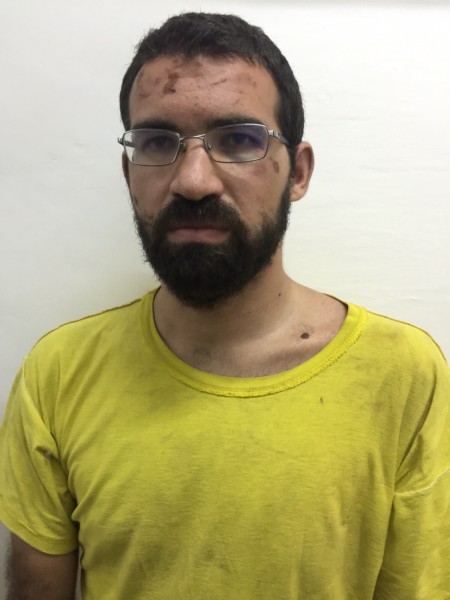 Journalists witnessed soldiers kicking and beating him during the arrest, even though he did not resist or fight back. Vittorio, and the Palestinian youth, were forced into a military jeep where they were detained for almost nine hours by the Israeli army, before they were finally taken to a police station. Despite various demands of Feras lawyer to have him brought to a police station immediately, both him and the Palestinian were illegally kept in the military jeep until shortly before midnight.

The military accuses Vittorio Fera of throwing stones and attacking the soldiers – an unfounded accusation. A first sentencing in court late Saturday night only resulted in the postponing of the sentencing until Monday morning. The hearing will take place in in Jerusalem Monday the 31st August 2015 between 9 and 11 am.

See the video of the arrest here