Hundreds Palestinian shops and warehouses were closed on Shuhada Street by the Israeli army in 1994 following the Ibrahimi Mosque massacre, in which twenty-nine Muslims were murdered during prayer inside Ibrahimi Mosque by Baruch Goldstein, a Jewish settler from Kiryat Arba. In the name of protecting Jewish settlers after the massacre of Palestinians during Ramadan, Palestinian vehicular traffic was prohibited and pedestrian access restricted in addition to the closure of businesses and municipal offices. In 1997 Israel agreed to reopen Shuhada Street to Palestinians and to restore closed shops in order to reestablish pre-1994 conditions. To this day, nearly twenty years later, none of the shops have been reopened and the street remains closed to Palestinian vehicles. 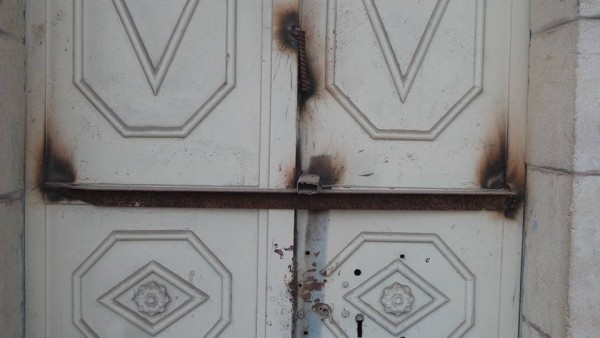 A door on Shuhada Street that has been completely welded closed.

Lately, news about a reopening of parts of Shuhada streets has been circling international media, and has been reported on in newspapers as prominent as the New York Times. According to these articles, the Israeli Civil Administration, through the mayor of Hebron, has promised that either seven (which was confirmed by an IDF spokesperson) or 70 stores would be allowed to reopen, with 70 being the most cited number. We, human rights workers from the International Solidarity Movement that are based in Hebron, have seen that, unfortunately, there is little to support these claims. The same days that the news broke, two stores were indeed allowed to open for about an hour, before they were forced to close again by the Israeli forces present.

On July 24, a Palestinian store-owner, with the permission of the Hebron Rehabilitation Committee, attempted to get to his shop, which is located  further up on the same street as the supposed store openings, in order to restore it to workable condition. He was, however, blocked from entering his shop by a big gathering of settlers, escorted by border police. The settlers brought chairs and a tent, and sat down in the front of the Palestinians shop on Shuhada Street to have their breakfast, taunting Muslims who were fasting for Ramadan. ISMers witnessed this event. This occured again in the evening of the same day, when they brought banners, as well as the next morning. As of yet, this is the most action the stores of Shuhada Street has seen. To us, and other people who frequent the area of the Ibrahimi mosque daily, it is hard to draw any other conclusion than that the whole story is simply a another Israeli PR campaign with little basis in reality. 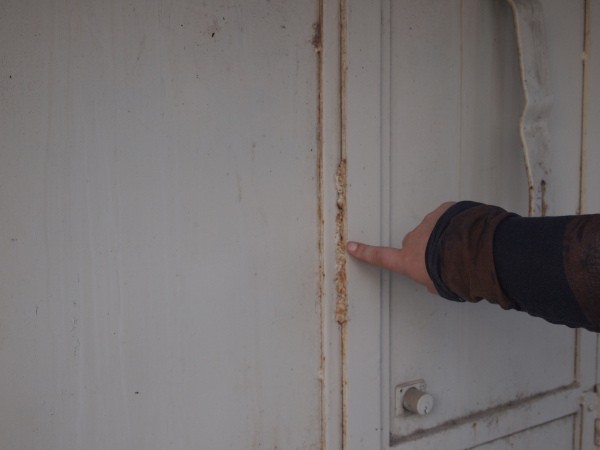 We walk Shuhada Street every day, from checkpoint 56 at the start of the street to the checkpoint near the mosque of Ibrahim, and can confirm that nothing changed. Israeli forces continue to increase the arrests and detentions against Palestinians. Also, settler violence against Palestinians as well as internationals has not decreased at all. In fact, during the first couple of weeks of Ramadan, it was on the rise as many incidents occurred.
It should be clarified that the permission to reopen the stores has not shifted the complete block of this area by even one centimeter: the Palestinians are not allowed to access Shuhada Street and restrictions of movement imposed by the Israeli government between checkpoints and roadblocks for passing illegal settlements make it completely impossible to develop the functionality of economic activity.
Issa Amro, who was born in the old city of Hebron and is a local human rights defender, says of the situation: “The Israeli PR is trying to spread fake rumors about improvements and facilities for the Palestinians during Ramadan in the whole of the West Bank. As Palestinians, we don’t want a “nicer occupation,” we want our full freedom and self determination. The lies about reopening shops in Hebron is the best evidence to prove the real image of the occupation and the Israeli  propaganda to change the apartheid image of the occupation.” Amro said that his organization hasn’t seen any improvement in Shuhada street, only more violations on the Palestinian identity of the street as well as more settler and army violence toward Palestinian children, women, and elders. 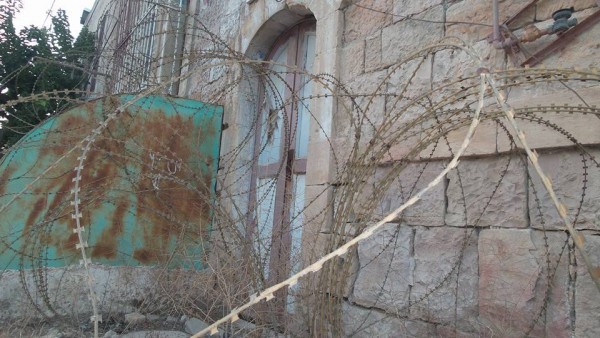 Barbed wire blocking the door to a house on Shuhada Street.

Amro says that his group is organising an international campaign to reopen Shuhada street. They had great success on 2015 by organizing more than 120 nonviolent activities all over the world, asking to put pressure on Israel to end its occupation and closure of the city centre of Hebron.
Amro added that even reopening shops without reopening all the checkpoints to let people and goods reach the shops is useless and impractical. 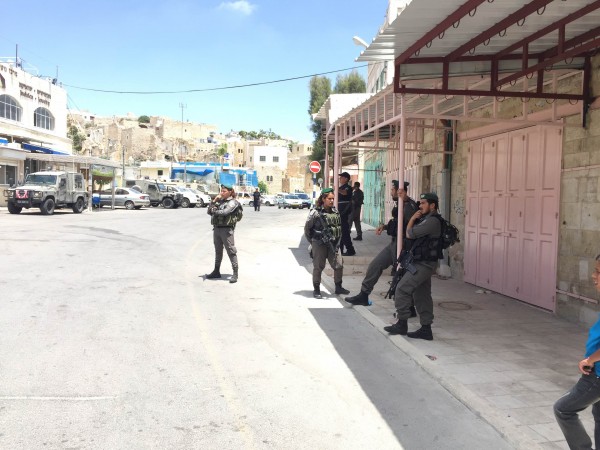 Abed Salaymeh, a Shuhada Street resident since birth and activist in Youth Against Settlements, says: “What is happening in the main street of Hebron city makes me very angry. It’s not just because I was beaten up by a group of illegal settlers living on my street, who did that in front of the soldiers’ eyes, who not only didn’t take any action to stop them, but they let them attack and then had them leave the area while they forced us to stay home in order not to follow them. Judicially, as it is a kind of a dirty game, but also because of the lies that were spread in the media claiming that the occupation is to open shops in the street. Unfortunately people were very happy hearing that they would open some shops. This is not a gift that the occupation is giving, but this is a violated right by this occupation and must be taken back.”

This story was written by Youth Against Settlements and International Solidarity Movement.