During the weekly Friday demonstration on 1st May, 2015 in the occupied West Bank village of Ni’lin, Israeli occupation forces fired more than two hundred tear gas canisters and several rubber-coated steel bullets. Tear-gas caused a fire in the fields that was put out by the protestors. 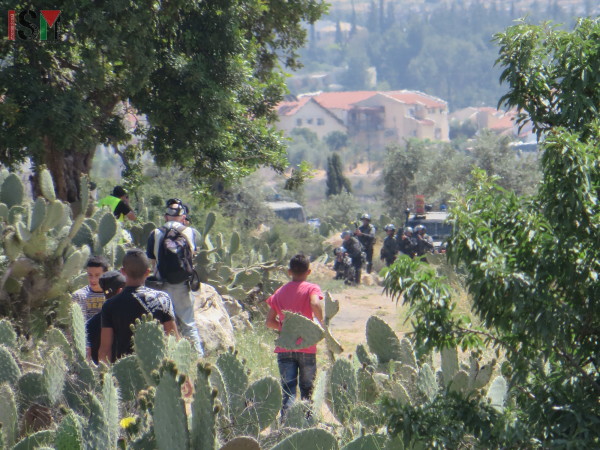 After the noon-prayer in the fields of the village, the demonstration set off towards the apartheid wall separating the village from part of its land. Soon after the start of the demonstration, Israeli occupation forces stopped the march by shooting several volleys of tear gas grenades. Even as the march stopped, Israeli forces kept shooting hundreds of tear gas canisters in rapid succession at the protestors. 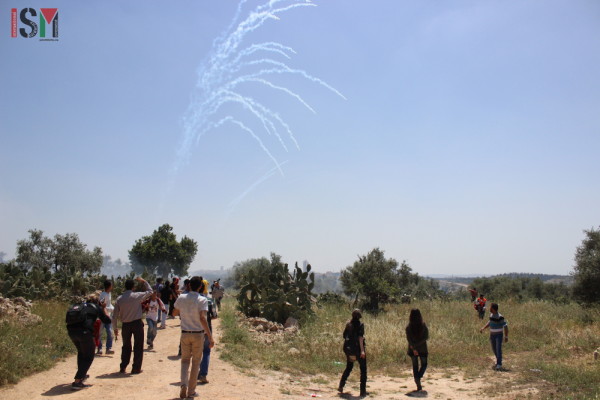 Tear gas fired at the demonstration by the Israeli forces

When tear gas caused a fire in the wheat fields, demonstrators immediately rushed to put it out. Their attempts  to save as much of the harvest as possible were impeded by the incessant firing of tear gas canisters. Israeli forces fired large quantities of tear gas directly at people in the fields. 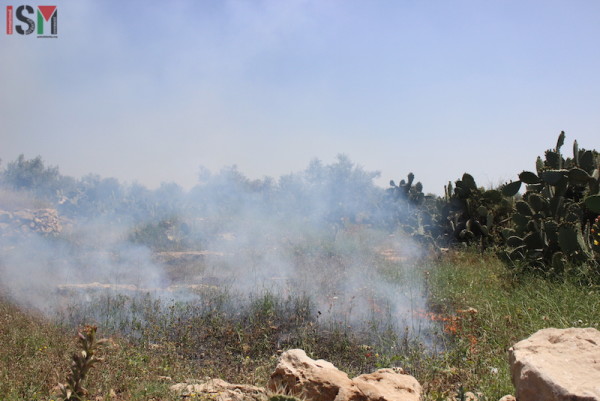 Fire in the wheat fields caused by tear gas

Unlike last weeks protest, when Israeli snipers injured three youths in the leg with live ammunition, no-one was shot at this week’s protest. Demonstrators suffered from excessive tear-gas inhalation and being hit by tear-gas canisters.